A New Take on Race 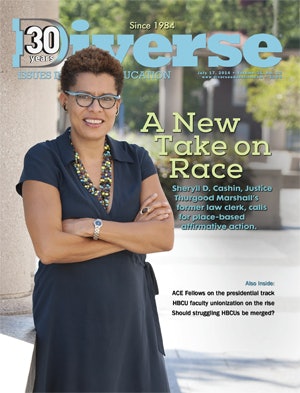 In this issue of Diverse  we profile the American Council on Education’s Fellows Program, which is celebrating its 50th anniversary next year, and its preparation of minority and women candidates for top-tier positions in academia.

We take a look at several HBCU issues, including the growth of unions at HBCUs across the country and recent efforts to close down small, struggling HBCUs. We also delve into Sherryl Cashin’s new book challenging race-based affirmative action and her subsequent media activity surrounding the recent release.