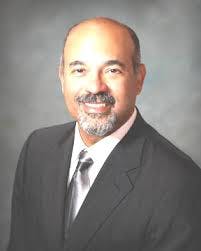 Southern University System President Ron Mason has suggested that the two sides come together to figure out the best path forward for the cash-strapped historically Black college.BATON ROUGE, La. ― Southern University Faculty Senate leaders say their problems with system President Ron Mason are past the point of resolving through a sit-down meeting.

The Advocate reports the bitter feud between Mason and some Southern University faculty members has continued to bubble over, following a unanimous Faculty Senate vote of “no confidence” and push for Mason’s ouster.

Mason has suggested that the two sides come together to figure out the best path forward for the cash-strapped historically Black college.

“My offer to sit and talk, in the interest of the students we serve, still stands,” Mason said in an email last week.

But leaders of the Faculty Senate have roundly rejected the offer.

“There are issues of trust and also the suspicion that he’s not acting in good faith in making this proposal,” Faculty Senate President Thomas Miller said.

The faculty leaders and Mason have sparred since shortly after he arrived at Southern University from Jackson State in 2010.

Miller said faculty has questions about Mason’s leadership and contracts, including one with the system’s online education partner EO Serve and with hires within the SU System office.

Faculty and students also took issue with the ousting of former Baton Rouge campus Chancellor James Llorens, whose contract expired at the end of June.

During the most recent Board of Supervisors meeting, faculty again raised several of those issues.

For his part, Mason has made attempts to cool some of the tension. With a year left on his contract, he has suggested that Southern should merge its president and chancellor roles to save money and strengthen the university ― a plan that also has drawn the ire of skeptical faculty. He recently presented a plan to the board to help the university gain more solid financial footing, while building its profile.

Mason said the Faculty Senate’s criticisms are “so far off base” and wondered whether they “are intended to mislead” but didn’t provide specific rebuttals.

Mason has maintained in numerous statements that he has an “open door” with faculty and would have been happy to meet with them before ― claims that faculty members deny. Miller said his previous attempts to meet with Mason have been rebuffed.

“This pretense that his office has always been open is just a load of malarkey,” he said.