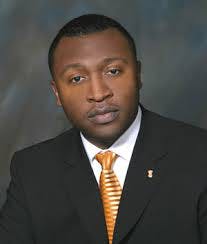 Dr. Roderick L. Smothers says he will focus on student retention and raising the college’s profile after taking over as Philander Smith’s 14th president in January.

Dr. Roderick L. Smothers, who currently serves as vice president for institutional advancement and development at Huston-Tillotson University has been tapped to lead Philander Smith College in Little Rock, Arkansas.

Smothers will serve as the school’s 14th president when he takes helm of the small, private Black liberal arts college in January 2015. He replaces Dr. Johnny Moore, who abruptly resigned earlier this year. Since February, Dr. Lloyd Hervey has been the school’s interim president.

“I’m obviously extremely humbled and excited,” said Smothers, in an interview with Diverse. “To be able to build upon such a strong and historic legacy is indeed a blessing. I look forward to working with the entire college community ― our students, faculty, staff and alumni ― to advance the PSC mission and vision to new levels of excellence. Our job is to now provide the type of forward-thinking leadership that will result in alumni who are equipped with the skills, resources and qualifications to make valuable contributions to Arkansas, the United States and the world.”

He said that he will devote attention to student retention and wants to help the school become better known across the country.

“Right now, we are in the top 30 percent among HBCU liberal arts colleges,” said Smothers. “I want to see us in the top 10 to 20 percent over the next five years.”

Smothers is no stranger to higher education. He earned a Bachelor of Science in psychology, a master’s in public administration with a concentration in higher education administration, and a Ph.D. in educational leadership, research and counseling from Louisiana State University. Prior to his appointment as vice president of institutional advancement and development at Huston-Tillotson, Smothers held the same position at Langston University.

Artee Williams, chairman of Philander Smith College’s Board of Trustees, said that after conducting a national search, Smothers emerged as the ideal person for the job.

“Dr. Roderick Smothers is the right choice to continue the institution’s forward movement, to build upon its rich heritage and to sustain its esteemed legacy,” said Williams. “With a stellar 20-year career in higher education — a majority of which has been at historically Black colleges and universities — the board believes Dr. Smothers is ideally suited to lead Philander Smith College into a preeminent future.”

Smothers will be on campus to participate in the accreditation process in November, Williams said.

Dr. Gregory J. Vincent, a professor and vice president for diversity and community engagement at the University of Texas at Austin Law School, said that he was thrilled when he learned that Smothers has been hired to lead PSC. He mentored Smothers during his days at LSU.

“He’s a dynamic young man,” said Vincent in an interview with Diverse. “He is a scholar and is someone who understands the higher education enterprise. And he knows how to raise money.”