HBCUs Must Be Up for the Challenge 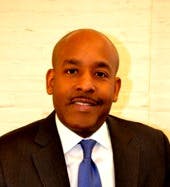 Recent incidents, including the death of Michael Brown in Ferguson, Missouri, highlight the economic, political and social obstacles Black males encounter on and off college campuses.

Currently, 10.7% of Blacks males over the age of 20 are unemployed in comparison to 4.6% of White males, according to the U.S. Bureau of Labor Statistics. According to a study by the National Center for Education Statistics (2013), White males (37.1%) are more than twice as likely to graduate from college within four years compared to Black males (15.6%).

The statistics are alarming considering the increasing demand for students in science, technology, engineering and math (STEM). However, despite this troubling trend, HBCUs provide Black males with a nurturing environment, which is difficult to replicate at other post-secondary institutions.

Research on the experiences of Black males who attend HBCUs demonstrates that there are several factors that increase student persistence, including social integration, relationships with faculty and staff, high expectations and a sense of belonging. As a graduate of two HBCUs (Cheyney University and Howard University), I can attest to the importance of attending institutions with nurturing environments. HBCUs provide Black men with skills that cannot be quantified.

Increasing retention and graduation rates for Black males will require an ambitious effort from both stakeholders and policy makers. HBCUs can adopt models similar to President Obama’s My Brother’s Keeper Initiative, which seeks to address the problems men of color encounter on a daily basis. Researchers including Ivory Toldson, deputy director of the White House Initiative on HBCUs, suggest that Black males in K-12 schools would benefit from the HBCU experience. According to Toldson, “1 out of 10 Black males who are enrolled in college attends an HBCU.”

Based on HBCUs’ legacy of producing prominent alumni including Martin Luther King Jr., Thurgood Marshall and Louis W. Sullivan, developing specific programs to attract and retain highly qualified Black males is vital. For this reason, HBCUs should focus on three specific areas including:

In spite of the problems facing HBCUs, they have a long history of educating Black males. Each year Black males graduate from high schools throughout the        U.S. but fail to attend post-secondary institutions. Implementing innovative programs could create opportunities for Black males to attend HBCUs.