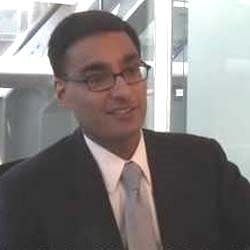 U.S. District Judge Manish Shah dismissed the Title VII case because the plaintiff had no employment relationship with the university.An African-American economist who blamed racial discrimination by a University of Chicago-affiliated peer-reviewed journal has lost his Title VII case against the university.

Dr. Aaron Douglas, who never worked at or applied for a job at the university, claimed it disproportionately rejected articles by African-American scholars.

According to court papers, the Journal of Political Economy, which is published by the University of Chicago Press, rejected his submission in 2014, several years after he retired as a natural resources economist for the U.S. Department of the Interior. The suit said that because of a “paucity of peer-reviewed journal publications, he failed to secure tenure at the University of California Berkeley in 1971 and to be promoted at the Interior Department.”

Since his retirement in 2011, he has posted his CV online and applied to “several unidentified universities,” court papers said.

The suit alleged job discrimination and sought a tenured appointment as full professor and guaranteed acceptance by the journal of at least 20 articles. It alleged that the university’s discriminatory practices in selecting articles for publication results in “a major adverse impact on the promotion opportunities of himself and hundreds of similarly situated African Americans with doctorates in economics.”

U.S. District Judge Manish Shah dismissed the case because Douglas has no employment relationship with the university.

Douglas fit none of those categories.

In addition, Douglas didn’t show that he had suffered an adverse employment-related harm, Shah said.

The American Bar Association (ABA) has won dismissal of a suit based on its failure to collect information from accredited law schools about the number of admitted students with disabilities.

A federal judge in Chicago ruled that the plaintiff, an Indiana lawyer with bipolar disorder, has no legal standing to bring the case.

According to the decision, Andrew Straw asked the ABA for the data to help him decide what university to apply to where he could write a doctoral dissertation about disability discrimination in law school admissions.

The ABA’s accrediting arm, the Council of the Section of Legal Education and Admissions to the Bar, collects admissions data but its standards don’t require law schools to collect and publicize statistics about students’ disabilities.

Straw’s suit alleges that the ABA’s failure to do so violates the Americans with Disabilities Act.

But Straw can’t pursue the claim because he can’t show that he’s been harmed, U.S. District Judge Thomas Durkin said.

Even if that’s true, however, Straw didn’t show how getting the statistics would improve his own chances of admission to a Ph.D. program, Durkin said.

Law schools and other graduate programs make acceptance and rejection decisions for a variety of reasons, he noted, and whether a school discriminates or not in admissions doesn’t mean its faculty are or aren’t interested in Straw’s research topic.

Durkin also said law school and graduate school applicants don’t require applicants to disclose whether they have disabilities. As a result, the requested statistics wouldn’t reveal anything about Straw’s personal odds of admissions.

A former tenure-stream assistant English professor at Indiana University of Pennsylvania has lost a race and gender bias suit after her contract wasn’t renewed based on substandard teaching effectiveness, insufficient service and unwillingness to improve her teaching.

A federal magistrate judge in Pennsylvania ruled that Dr. Shimberlee Jiron-King failed to show that the university’s performance-based explanation for declining to renew her contract was a pretext for discrimination.

In 2007, the university hired Jiron-King, who is Mexican American, to teach a variety of courses, including Latino-Latina literature, according to the decision.

In each of three annual evaluations, English Department colleagues criticized her teaching, and she didn’t follow up on a colleague’s offer to mentor her.

She also was criticized for minimal involvement in university committees. In addition, the English Department expressed concern that an improvement in her student evaluations was due to her lowering of course expectations.

Lenihan said the record “indicates leniency with regard to her first-year teaching and service, and attempts by department members and superiors to guide and support her professional development.”

There were “legitimate, recurringly noted” problems with her teaching, interpersonal student relationships, unwillingness to respond to professional critiques and service role, Lenihan said.

“As to any inference of racial discrimination,” the decision said, her hiring explicitly related to the university’s desire to offer Latino literature courses, and “her race did not change during her three years in the department — other circumstances did.”

Even if Jiron-King was offended by an invitation to let her stay overnight at the home of a lesbian colleague rather than commute more than an hour each way in bad weather, there was no evidence that the colleague had an “improper motive,” the decision said.