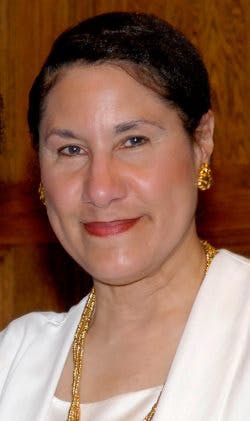 Dr. Evelyn Brooks Higginbotham, a professor of African American Studies at Harvard University and the newly-elected president of ASALH

The Association for the Study of African American Life and History—the organization founded by Woodson in 1915—held its annual Black History Month Luncheon Saturday, this year focusing on historic sites located in cities and rural areas across the nation that tell the story of the diverse experiences of Blacks in America.

“They are places where remembrance first began and thereafter grew from generation to generation,” said Dr. Evelyn Brooks Higginbotham, a professor of African American Studies at Harvard University and the newly-elected president of ASALH. “Such places situate our historical knowledge of persons and events, locating them along freedom trails, in battlefields, and through monuments. Historic places of worship, of artistic and musical creativity, businesses, streets, and homes all serve as the landmarks of the African-American past. They pay homage to the men and women across the centuries who dedicated their lives to the Black freedom struggle.”

The 100-year-old organization is partnering with the National Park Service, which is currently in the process of renovating Woodson’s home in Washington, D.C.

First recognized officially by President Gerald Ford in 1976, every U.S. president since has issued a proclamation designating February as Black History Month.

“From the Revolutionary War through the abolitionist movement, to marches from Selma to Montgomery and across America today, African Americans have remained devoted to the proposition that all of us are created equal, even when their own rights were denied,” said President Barack Obama, in ushering in this year’s 29-day commemoration. “As we rejoice in the victories won by men and women who believed in the idea of a just and fair America, we remember that, throughout history, our success has been driven by bold individuals who were willing to speak out and change the status quo.”

Higginbotham rallied ASALH members never to forget that it was Woodson in his role as founder of the organization that put this month-long celebration into motion.

“We are the founders of Black History Month,” she told the audience. “This is a time to recommit to the ideas of freedom. Black History serves to stir our national consciousness.”

Ronald A. Stroman, deputy postmaster general of the U.S. Postal Service, unveiled the newest Black Heritage stamp, which will feature the likeness of The Rev. Richard Allen, founder of the African Methodist Episcopal Church.

Dr. Karsonya Wise Whitehead, an associate professor of Communication and African American Studies at Loyola University in Maryland, delivered a rousing keynote address that brought members to their feet.

“We are who we are because our ancestors carried us,” Whitehead told the crowd. “If we don’t teach the world about Black History, how will they know?

The organizers presented 2016 Living Legacy Awards to Ingrid Saunders Jones, chair of the National Council of Negro Women, Inc., and Charles Bibbs, an entrepreneur and philanthropist. Dr. David Levering Lewis whose book on Dr. W.E.B. Du Bois won him a Pulitzer Prize received the Executive Council Award for Special Recognition along with Louis Charles Hicks, Jr., who is director of Grants and Special Projects for Humanities D.C.