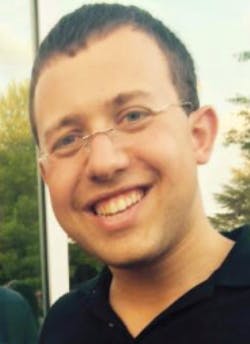 Jessica Fry, also pursuing her M.S.Ed. in Higher Education in my cohort at the University of Pennsylvania Graduate School of Education, had an article recently published in Diverse with three statistics as to how minority-serving institutions (MSIs) provide access to higher education: 1) boasting a diverse group of faculty members, 2) implementing a variety of policies and programs for underrepresented students, and 3) understanding that the “one-size fits all approach” does not work.

I echo Dr. Laura Perna in saying that “increasing college access to non-traditional and underserved students will ensure that we have workers who have the educational requirements to do the jobs that we’re going to have in the coming years.” According to Dr. Marybeth Gasman, there are over one million unfilled STEM jobs in the United States. MSIs have been proven to help increase equity in the United States; MSIs are not only needed, we should be grateful through their helping to fill the now total 5.6 million job openings.

Looking at predominantly White institutions (PWIs), especially Christian universities, they have not had the reputation that MSIs have had. From Wheaton College coming under fire for its response to Larycia Hawkins’ claim that Christians and Muslims worship the same God, to Mount Saint Mary’s president implying that a Glock should be put to struggling freshmen’s’ heads, Christian university administrators have expressed rash emotions in their actions. James 3:17 in the New Testament states “the wisdom from above is first pure, then peaceable, gentle, open to reason, full of mercy and good fruits, impartial and sincere.”

As an evangelical Christian and leader in Penn’s Graduate Christian Fellowship, I do not believe that Mount Saint Mary’s University’s president showed any care toward helping struggling and underrepresented students achieve access through education. Instead, he showed selfishness as a narrow minded MBA recipient, implying that, to climb up the regional university rankings as a small Catholic low-enrolled liberal arts institution, he would not hesitate to get rid of students who were getting in the way of his desires.

While as Fry stated it is a shame for Wheaton to lose its first female African-American tenured professor in the face of diversity and equity, Wheaton College does have a community covenant that students and faculty are required to adhere to. Do I believe that Christians and Muslims worship the same God? No. From James 3:17’s charge to be open to reason and full of mercy, I would have appreciated measures to be taken to understand Hawkins’ point of view versus the impression of immediately moving to oust her.

In the midst of this furor, for both Christians and non-Christians, I do want to briefly highlight two reasons, one Christian and one not, that can be reflected on in the hope of salvaging the reputations of Christian PWIs and the importance of sticking to your values when encountered with differences.

The first is that from Juan Carlos Jiménez, for the well being of a community, it is necessary to have shared rules that guide the behavior of its members, otherwise the community will not function satisfactorily for the majority. The second, from Bluefield College, is that a student can become more in tune with his or her individual faith through a Christian educational experience.

So for PWIs, faith-based ones in particular, I do believe that they are well versed in setting up rules to guide behavior and exploration of self. I do not believe that they are as willing to listen as they should be, considering that there is demand for more transparency about policies from higher education administrators. Through listening to their students, identifying, and acting on their needs as MSIs have, PWIs will be able to stick to their faith and/or values while providing access to see underrepresented students graduate.