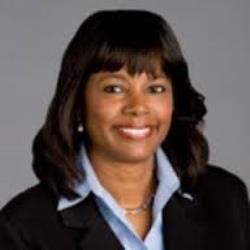 Jeannette Frett had sued Howard University for race discrimination, retaliation and having a hostile work environment.

U.S. District Judge Richard Leon threw out a suit by Jeannette Frett, a $150,000-a-year senior director and chief talent officer in Howard’s Office of Talent Management. She held the position from January 2011 until April 2012.

During her time there, Frett filed an internal complaint alleging a “hostile and harassing work environment” and gender discrimination based on conduct by the chief human resources officer.

The complaint, later revised, cited her superior’s purported criticism and tone of voice as well as micromanagement of her decisions, a sexual joke, her relocation to a dirty office and denial of a salary increase. The discrimination claims “were based on her perception that he preferred light-skinned people and men and this favoritism affected his treatment of and interactions with her, a dark-skinned female,” Leon wrote in his decision.

Howard placed her on paid administrative leave pending an investigation and resolution of the complaint, which it ultimately found unsupported.

Frett was terminated when she returned after the leave in what the university described as a reduction in force with more than 450 lay-offs.

In rejecting the suit, Leon said no reasonable jury could conclude that Frett’s paid administrative leave and termination were retaliation for filing the internal EEO complaint.

The fact that the university hired a lower-cost contractor to perform some of her responsibilities “actually reinforces the point that budget concerns drove Howard’s decision,” Leon said.

As for a hostile work environment, he said Frett offered only “a smattering of isolated incidents over the course of her employment,” including her superior’s alleged one-time use of a racial epithet.

That was insufficient to show a continuous and pervasive hostile work environment, he held.

A former tenure-stream music faculty member can pursue a Title VII retaliation claim but not a race discrimination claim against Taylor University, a federal judge in South Bend, Indiana, has held.

Dr. Shederick Whipple, who is African-American, asserted that he was initially denied a promotion from assistant to associate professor and then denied tenure in retaliation for complaining of racial discrimination and “a continuing pattern of severe and pervasive harassment.”

Taylor hired Whipple in 2006 but didn’t renew his contract for 2013-14 after denial of tenure, according to the decision by U.S. District Judge William Lee.

The university argued that its employment decisions were based on “Whipple’s history of conflicts with students and colleagues, his refusal to humbly admit mistakes and his failure to adhere to the principles of Taylor’s Life Together Covenant, i.e., his lack of congeniality.”

In his ruling, Lee said Whipple is entitled to a trial on whether Taylor illegally retaliated against him, based on the timeline between his discrimination complaints and the denial of tenure and termination.

However, the judge found insufficient proof of a racially hostile work environment.

Lee characterized that assertion is based on a few incidents, including a colleague’s alleged statement that Whipple had been hired solely because of his race. Those incidents, “when examined objectively do not rise anywhere near the level necessary to sustain such a claim,” he said.

A federal judge has allowed a fired accounting professor at the City University of New York’s Lehman College to pursue religious and disability discrimination claims but dismissed allegations of free speech and Family and Medical Leave Act (FMLA) violations.

The litigation stems from three rounds of disciplinary charges that the college sustained against Marshall Ross and his termination. Ross, who is Jewish, joined the faculty in 1994 and was dismissed in 2013.

During his time at Lehman, Ross was found responsible for three sets of disciplinary violations, including neglect of duty, conduct unbecoming a staff member, using a “spy camera” to tape a class, distributing a sexually explicit email to his students and telling a class that “he didn’t see any accountants (in the class); all he sees is McDonald’s (employees),” the decision said.

He sued under Title VII, the Americans with Disabilities Act, FMLA and New York’s state and city human rights laws.

U.S. District Judge J. Paul Oetken let stand the religious discrimination claim based on allegations that a college official made disparaging remarks about Passover when Ross was required to work over the holiday and made a remark that “Jewish people like to spy.”

Oetken also let stand the allegation that the college failed to accommodate his diabetes-related disability because it gave him duties beyond in-class teaching.

The college disputes both claims.

Next, the judge said neither the sexually explicit email nor Ross’s comment about McDonald’s are constitutionally protected speech under the First Amendment because they don’t “pertain to a matter of public concern.”