Predominantly White colleges and universities across the country are facing similar quandaries in their efforts to become more fully inclusive and supportive of all members of their community. 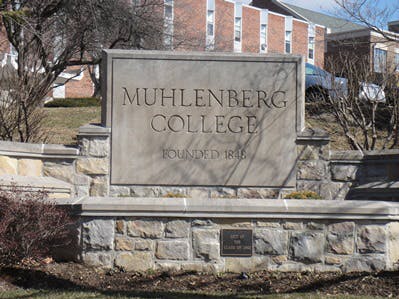 Increasingly, students are taking institutions to task over issues of campus climate. Yet confronting something as amorphous as campus climate is far from a straightforward task, and many campuses are experiencing periods of challenge as they evolve.

The University of Missouri became ground zero for campus protests this fall, after racial tensions escalated on campus and ultimately resulted in the resignation of system President Tim Wolfe.

However, Mizzou is hardly alone. Most colleges and universities have a story to tell about disturbances on campus, although they did not make the news to the same degree. At Muhlenberg College, a small, four-year liberal arts institution located in Allentown, Pennsylvania, that serves 2,200 students, a series of racist comments on Yik Yak, an anonymous online forum, precipitated a campuswide forum about race and inclusion. It was attended by nearly 40 percent of the student body.

Muhlenberg is a predominantly and historically White institution in the midst of a demographic change amongst its student and faculty population. In some respects, it is a microcosm of institutional shifts happening across the country.

This May, Muhlenberg announced that it had hired 10 tenure-track faculty and six short-term appointments. Of those sixteen new faculty, five are faculty of color. For many institutions, creating a more diverse faculty is a high priority, but sometimes a challenge. Institutions cite the relative dearth of faculty of color, which makes it difficult to attract faculty of color, let alone retain them.

Diversifying the Muhlenberg faculty, however, is not quite on pace with the rapidly diversifying student body. Back in 1987, only 2 percent of Muhlenberg students were of color, Dr. John Williams, Muhlenberg president, told Diverse in a phone interview. By point of comparison, the class of 2019 was 18 percent minority and 5 percent international.

“We’ve made considerable progress since the late ’80s, but we still have a ways to go,” Williams said. “There’s no particular set of numbers that we have set as a goal or quota, or anything along those lines, but we know we’re not sufficiently diverse to reflect the population of the country, or of the world, that we serve.”

Muhlenberg’s concerted effort to create a more diverse and inclusive campus environment is a relatively recent development, Robin Riley-Casey, Muhlenberg’s director of multicultural life, said in a phone interview. Riley-Casey has worked at Muhlenberg for the past seven years. When she first arrived, there was one Black faculty of color on the tenure track, to her recollection, making recent diverse faculty hires an important step forward.

“Tenure matters, in that once faculty of color had tenure, they could really be honest and forthright about what they were witnessing,” she explained.

Riley-Casey attributed much of Muhlenberg’s recent efforts in the sphere of diversity and inclusion to grassroots efforts from students, which coalesced in 2013 in the form of the Diversity Vanguard. The Diversity Vanguard was a diverse coalition of student groups who came together to demand certain actions from the administration, including a diversity strategic plan.

Responding to these demands, and a subsequent call from faculty for similar steps, Muhlenberg crafted its first-ever, board-approved five-year diversity strategic plan in 2014. The plan called for the review of and further development of its strategy relating to the admission and enrollment of diverse students, developing a campuswide policy on faculty of color retention and other measures.

Since then, former President Peyton Randolph Helm retired in June 2015, making way for President Williams, who has been in office for one year. The present administration has shown itself to be unusually responsive to student concerns about issues of campus climate, said Frederick Staidum, a professor in the English Department and Africana Studies Program.

Events in the fall of 2015 underscored a change in the administration’s mindset. “The speed with which that town hall was organized demonstrates a shift in how Muhlenberg has operated,” Staidum said.

“I think that’s a nationwide concern that students face, the way in which administrations lag in their response.”
Although positive changes have been made, work still remains, said Riley-Casey.

“I think we are beginning to see some of the fruits of our labor,” Riley-Casey said. “However, what I’ve also seen is that many of those minoritized populations are exhausted, which means our students and faculty of color, our queer students, our faculty and staff that are queer — they are at a point of exhaustion. So there has been a little bit of a lull in the movement.

“Every time an incident occurs in the wider society, like what happened with Alton Sterling or Philander Castile, it takes just a little more away from students and faculty of color. We are a microcosm of the larger country, so it does impact us, in ways that you that can’t totally identify, other then it makes you feel less than. So my job in the Multicultural Center is to find that energy and keep moving forward. Because this is obviously an ongoing struggle.”