It’s no secret to anyone who works in higher education that affirmative action programs are in danger. Most recently, the Supreme Court upheld the affirmative action program at the University of Texas after a case filed by Abigail Fisher waffled in lower courts for years. Fisher, a White woman, believes that she was denied admission to the school based on her race and claimed reverse discrimination. While the Supreme Court decided against Fisher’s claims, the issue brought contemporary affirmative action programs to the forefront and got people talking. Critics of the programs wonder if they are outdated and if they lead to reverse discrimination, as Fisher claimed, in some cases. 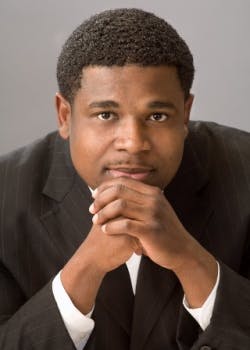 It’s important to note, however, that when affirmative action was outlawed in California in 1998, the number of minority students fell 36 percent at UCLA and 61 percent at UC Berkeley. Furthermore, affirmative action programs are credited with tripling minority applicants to universities in some cases, according to the National Conference of State Legislatures. It’s tough to argue with its effectiveness when you see those statistics. California isn’t alone. Other states with affirmative action bans include Florida, Nebraska, Arizona, Washington, Oklahoma and New Hampshire.

Despite its success, it seems that affirmative action’s positive impact on the college landscape is narrowing. So what can colleges do to still recruit, educate and graduate a diverse student population if affirmative action programs are fading?

The Case for Income Diversity

Harold O. Levy, executive director of the Jack Kent Cooke Foundation, writes for The Hill that the best way to keep diverse populations on campuses is to put income diversity programs in place. Minority groups are still at an income disadvantage when compared to White peers, so admission policies that take income into account and attempt to distribute those student openings among varying income levels could be beneficial. Levy cites the national poverty rates as proof that these programs would work: for White Americans, the poverty rate was 10 percent in 2013, compared to 26 percent for African-Americans and 24 percent for Hispanic Americans. Simply putting wording in place that reserves space for students based on their income levels has the potential to keep minority students in place.

I think the income diversity programs make a lot of sense. The whole point of affirmative action in the first place is to give traditionally disadvantaged students a shot at a college education. If that’s truly the goal, then students who come from low socioeconomic backgrounds, including White students, have a better shot at college placement under an income diversity program. A College Board/National Journal Next America Poll tells us that students who have parents who went to college are more likely to go themselves than their peers. We also know via U.S. Census Data that those parents make nearly $1 million more than their non-college peers. So the students who come from lower socioeconomic situations are not just at a cost disadvantage. From a mental perspective, it is more of a stretch that these students will go to college in the first place.

Which leads me to the next immediate thought I had after reading Levy’s piece: how can we make income diversity programs actually work? It’s one thing to put the wheels in motion with policy; it’s a totally different thing to make it successful. Along with important policy, colleges that are truly serious about income diversity must recruit those students smartly and have support programs in place that help them get to graduation. Recruitment should start early, even in middle school, before students have a chance at envisioning their lives without college. Get them excited as preteens about their futures with a college degree and let them know about income diversity initiatives.

My second point is equally important. As I mentioned above, first-generation college students face different challenges than their counterparts and it’s important to guide them a little more closely to their degrees. If you’re going to actively recruit students who are economically disadvantaged, and may even be working their way through school, you have to implement programs that support them in those unchartered waters. It’s not enough to admit students from disadvantaged homes — colleges also have the responsibility to graduate them.

Income diversity initiatives have the potential to further diversify college campuses and give more students the opportunity at higher education. With the right implementation, they could finally close the achievement gap at the college level — but first universities have to get on board with the movement.