When students and scholars gather in Bermuda in October for the 5th annual International Colloquium on Black Males in Education, they will pay homage to Dr. Lee Jones, founding president of the Brothers of the Academy Institute (BOTA) who passed away late last year. 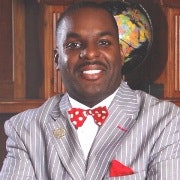 Jones, who died of cancer last December, was the visionary behind the academy, which was founded to help Black men gain tenure-track positions within the academy and to “foster collegial networks and relationships among the members.”

In 2000, Jones edited a popular book called Brothers of the Academy: Up and Coming Black Scholars Earning Our Way in Higher Education, which scholars interested in the trajectory of Blacks within higher education continue to cite.

“The Brothers of the Academy book was an industry transformation effort,” says Dr. Jerlando F. L. Jackson, the Vilas Distinguished Professor of Higher Education at the University of Wisconsin-Madison.

The success of the book caused participants to establish the Brothers of the Academy Institute and “sparked a new generation of Black males and others to pursue Ph.D.s and the professoriate, brought greater awareness of the value research can bring to Black communities, and provide a comfortable professional space for all of us,” says Jackson, who is the organizer of the Colloquium along with Dr. James L Moore III of The Ohio State University.

“Without BOTA, none of the joint efforts that Brother Moore and I have activated would exist, including the Colloquium,” says Jackson, who is also the director and chief research scientist for Wisconsin’s Equity and Inclusion Laboratory. “We were compelled to shine a spotlight on the work and anniversary of the organization because it truly made an imprint on the academy.”

Later, Sisters of the Academy (SOTA) was formed.

Like many of the scholars who have gone on to devote their research to studying the plight of Black males, Jackson and Moore met and developed a close friendship as a result of participating in BOTA. The organization is still in existence and is currently led by Dr. Adriel A. Hilton, an assistant professor and director of the College Student Personnel Program at Western Carolina University.

“When it was founded, I met so many outstanding brothers who were at the beginning stages of their academic careers,” says Moore, who is the EHE Distinguished Professor of Urban Education and Executive Director of the Todd Anthony Bell National Resource Center on the African American Male at OSU. “Even today, I remain closely connected with so many of the brothers.”

In 2014, Diverse profiled the relationship between Moore, Jackson and several other scholars, who all hold endowed professorships at leading universities across the nation.

The annual Colloquium was created by Jackson and Moore to bring together current and future scholars interested in exchanging ideas about the global dynamics of Black males in the educational pipeline.

Moore says that the three-day conference is a fitting place to remember Jones’ contributions to the field and to continue to push his vision forward.

“I am so excited that we are using the Colloquium to celebrate original members’ successes in the academy and to support the future successes of the next generation of black male scholars,” says Moore.