Experts: Practice not an Advantage for Law Professors Seeking Tenure

SAN FRANCISCO ― When Stephanie Sciullo learned that Duquesne University law school officials sought more courses based on actual practice, she drafted a proposal. Sciullo specified the target audience, why she was qualified to teach and why the timing of her proposed course supported institutional priorities. 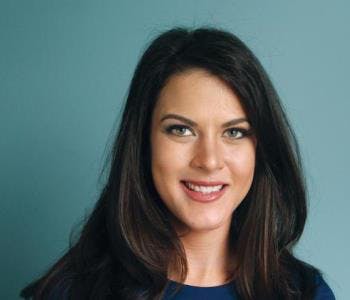 Stephanie Sciullo is an adjunct instructor at the University of Pittsburgh law school.

Before long, Duquesne hired Sciullo, an associate general counsel at Mine Safety Appliances Co., as adjunct law faculty. Ironically, the University of Pittsburgh law school, where she is an alumna, initially passed but has since hired her as an adjunct instructor based on her success at Duquesne.

“I don’t handle rejection well,” Sciullo said with a smile, referring to her persistence with her alma mater.

Her remark came during the annual meeting last week of the Association of Corporate Counsel (ACC), a 40,000-member organization that promotes common professional and business interests of in-house lawyers who work at corporations, associations and private-sector businesses in 85 countries. The annual conference not only draws corporate lawyers but also representatives from law firms and legal service providers.

Sciullo and others were panelists at a session titled “So You Want to Teach Law School.” The wide-ranging session offered tips on how to break into academia, how to juggle teaching part-time alongside practicing law full-time, advice about pitfalls to avoid and cautioned participants about some of the arcane ironies entwined with the ivory tower.

For instance, practicing lawyers shouldn’t get their hopes up about gaining tenure, the panelists said, because most of the law professoriate is made up of career theoreticians—and deliberately so.

“There are exceptions, but people who teach law usually don’t want to practice,” said Michael Roster, a law school lecturer at the University of Southern California and former general counsel and law firm partner. In response to the quizzical facial expressions of some session participants, Roster added, “Imagine if medical school was taught by people who never practiced medicine.”

But that doesn’t mean law practitioners should avoid applying for adjunct posts, he and others said. Most law schools have an assistant dean who oversees adjunct faculty, a logical person with whom to build a relationship, they said.

Roster and other panelists warned against expecting robust salaries from adjunct teaching jobs, estimating that it’s more common than not to receive only $1,000 or so for each course taught, no matter how wealthy the institution is.

Fred Krebs, an adjunct professor at Georgetown University Law Center and former ACC president, offered tips specifically for first-time adjunct law faculty, such as co-teaching a course so that unexpected demands that occur while practicing law don’t derail the law school course and to prepare guest speakers so that the proverbial war stories they share with students have a purpose besides boosting the egos of the speakers. Krebs also suggested soliciting student feedback and suggestions as the semester progresses and, just as importantly, to either follow them or to explain to students why not. “Do not simply ignore students.”

Moreover, first-time law adjuncts might find it easier to develop their course by starting at the end, identifying what they want students to learn and work back from there to the beginning. Instructors should carefully curate and mentally justify every item in their reading lists.

“It’s easy to stick a number of articles or cases in and overwhelm students,” Krebs said. “Beware of data dumping.”

He and other ACC panelists told attendees to carefully—and sensitively—monitor the behavior and academic performances of international students as the term progresses. After all, speaking daily conversational English can be challenging, the legal systems in some foreign countries differ sharply from that in the United States and class participation requirements might prove baffling to students who are culturally accustomed to reticence.

On the other hand, don’t assume that international students will lag behind their U.S. peers either, Krebs said. He recalled how, once, a class discussion turned to a well-known, European case involving the question of attorney-client privilege between in-house lawyers and executive management at a multinational manufacturing company. It turned out one of the international students had clerked for the judge who’d authored the court’s opinion, so the student was able to offer one-of-a-kind insight to the rest of the class.

The ACC panelists agreed that today’s law students tend to focus too much on their laptops and other devices during class.

“Sometimes I tell them to just shut their laptops and stop relying on PowerPoint,” Roster says of his USC students. “There are times when it’s best to just look your clients in the eye and engage with them.”

However, Roster and others strategically utilize social media to reinforce what’s taught in class.

Sciullo, for instance, encapsulates the theme of each class session into a Tweet, “so that, by the end of the term, there are 14 Tweetable moments.”

The annual ACC meeting brings lawyers together to learn from each other. Another example of this was a session titled “From Body Art to Unisex Bathrooms: Changing Workplaces, Changing Employment Laws,” during which a panel of employment law experts offered advice to help lawyers manage their workplaces within legal statutes.

Although the panelists spoke briefly about body piercings and tattoos, much of their discussion focused on how to address workplace matters affecting transgender people, especially when the latter begin the process of transitioning.

Two panelists shared their insights based on working at Fortune 500 giants Intel and MetLife, respectively, where an average of one or two individuals a year at each company informs the human resources department about a transition.

The panelists listed some of the HR-related implications for transgender employees, particularly those involving name changes. These include, but aren’t limited to, changing the name on an employee badge, personnel records, annual performance reviews in the past, income tax records and company benefits information.

Be careful not to jump to conclusions about transgender people, the panelists said.

“Not all transgender people choose to have surgery,” said David Warren, an assistant general counsel at MetLife’s employment law unit. “Being transgender is a lived experience and an expression of the experience.”

Warren and the others outlined some basic no-no’s to avoid.

Meantime, ask each transgender employee which pronoun is preferred. Respect the wishes of each individual. If you make a mistake, apologize.

Warren encouraged company management and human resources to come together to support transgender individuals. “The decision to transition is a big one,” he said. “Make them feel comfortable, create a safe environment and treat them with dignity. It’s the sensible and humane thing to do.