The world is not flat; dinosaurs didn’t walk with humans; and White supremacy is built on a foundation of lies to preserve power and racial hierarchies.

If we are going to find cures for cancer, global warming and racism, we have to maintain the integrity of our institutions of learning. 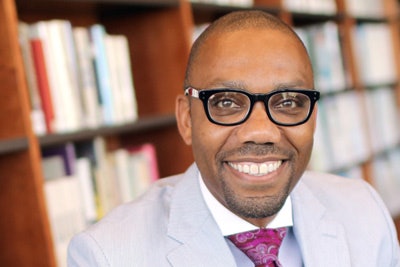 Tenure—giving a teacher or professor an appointment until retirement—provides a firewall of protection so our professors and teachers can pursue what makes civilization progress.

Oxford Dictionaries picked “post-truth” as its word of the year for 2016 because so many are choosing narrative over fact. Denying reality can get you elected President of the United States. From refusing climate change to exaggerating voter fraud to promoting birtherism, President-elect Donald Trump didn’t just put American electoral politics in peril by denying truth; he puts truth itself at greater risk as his power grows.

Because power is truth’s biggest enemy, the professors and teachers whose jobs are to defend, pursue and teach truth are vulnerable to attack. When our truth tellers lose jobs and/or security, community and education suffer. Just as high school textbooks offered one-sided, nationalistic views on Reconstruction, McCarthyism and the Vietnam war, the fallout of a Trump victory will be felt in college and K-12 classrooms.

In particular, colleges and universities provide our nation with the intellectual byproducts for which we use for our cultural and economic growth.

Because of the uniqueness of the educational enterprise, the academy must be free to direct, without outside interference, those functions that may challenge but ultimately enrich the culture they sustain. Because so many external agencies are wedded to the university system, universities must develop corporate structures that can respond to the demands of the public and protect against influences that seek to manipulate truth for personal and political gain.

The American Association of University Professors’ Statement on Government of Colleges and Universities is a guiding document as to how postsecondary institutions are governed. In the section External Relations of the Institution, the AAUP assigns the governing board as the legal voice of the institution but reminds board members that faculty can speak on their own behalf as citizens without fear of censure. This protection was codified under the 1940 Statement of Principles on Academic Freedom and Tenure.

Protecting knowledge production is clearly important, but having the freedom to teach truth is equally so. At the turn of the 20th century, teachers unions fought to ensure adequate worker conditions including fair wages. They also fought to end administrators’ perverse efforts to control curriculum. (The racial politics in “The Adventures of Huckleberry Finn” still gives administrators heartburn.) In the last decade, when so-called education reformers secured abilities to remove teacher protections in places like New Orleans and Washington, D.C., Black women suffered more job losses than anyone else. Protecting teachers is inextricably linked to protecting truth.

It’s inevitable that the post-truth and Black Lives Matter eras collide. Black professors and teachers are Black people, too. The casualties from the attacks on Black work show up in who gets tenure and who does not.

Professors, researchers and teachers of color are exposed by their criticism of institutional racism. The research on Black and brown student success in college that’s been done by Black researchers over time is essential to understanding why coeds stay in college or leave early. But Black professors’ research is constantly debased as being “me-search,” meaning the researcher is too close and biased to investigate the issues fairly. Teachers of color are proved to be more culturally relevant and consequently effective than White teachers. But as was mentioned, Black women lost ground in cities that sought to “improve” the teaching corps.

Black educators give a collective side-eye to the term “post-truth.” Blacks and other racial groups have known for quite some time how agenda setting is cloaked in fictitious narratives. The film “Birth of a Nation” may have been the country’s greatest teacher in this regard.

The same old story emerges in how certain education reformers paint pictures of corrupt, Black school boards in urban districts that teach out-of-control students. Of course we need school takeover strategies and harsh discipline policies. The use of standardized test scores and the construct of the achievement gap can be tied to the eugenics movement and its efforts to maintain racial hierarchies. But they are essential tools to “reform” schools.

Power is truth’s biggest enemy. Not only must educational institutions defend the practice of tenure, we must vigorously protect (through tenure) educators who expose America’s biggest lie—the idea of White superiority.