Dr. Shaun R. Harper, whose groundbreaking research on campus climate and racial equity has made him a leader in the field of education, is leaving the University of Pennsylvania and will join the Rossier School of Education at the University of Southern California (USC), effective July 1.

Harper will hold the endowed Clifford and Betty Allen Professorship in Urban Leadership, and will lead the new USC Race and Equity Center. 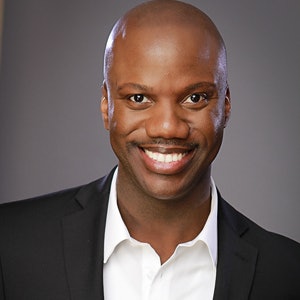 In an interview with Diverse, Harper said that his decision to go west was inspired by USC’s commitment to diversity and inclusion as articulated to him by the school’s provost, Dr. Michael Quick.

“I talk to hundreds of college presidents, provosts and deans and they all say they are committed to diversity,” he said, adding that he is often skeptical because “there is usually so much evidence to the contrary. But with this provost, I believe him.”

For Harper, who is currently president of the Association for the Study of Higher Education (ASHE) and an elected member of the American Educational Research Association (AERA), this will be his second stint at USC.

After he earned a Ph.D. in higher education from Indiana University in 2003, he was hired as an assistant professor at USC. He left in 2005 to teach at Penn State University and, in 2007, he joined the faculty of the University of Pennsylvania.

“I’m not leaving Penn because I’m unsatisfied. It’s exactly the opposite,” said Harper, who has published 12 books and more than 100 peer-reviewed journal articles and other academic publications. “Penn has done a remarkable job through the decade that I’ve been here to show me how valued me and my work are.”

In an age when faculty of color often face fierce resistance for doing race work and the scholarship is often questioned for its rigor, Harper said that Penn provided him with the license, space and, at times, the necessary resources, to push forward with his research.

It’s unclear what will happen to the Center for the Study of Race and Equity in Education that he founded and has directed since its inception in 2011. Over the past few years, the Center has come to be known for its individualized campus climate studies that they administered to various colleges in the wake of recent student protests. Harper and his colleagues have interviewed more than 10,000 students, faculty members and staff about race at institutions of higher education across the country.

At USC, the focus of his new center will be more interdisciplinary and far-reaching, drawing on the expertise of affiliate faculty from other departments and schools who engage in the study of race.

He said that plans are underway to launch the National Assessment of Collegiate Campus Climates (NACCC), a quantitative survey that will be annually administered at hundreds of colleges and universities across the country. The new survey will give institutions the data that they need about students’ feelings of belongingness, cross-racial interactions that will allow them to benchmark themselves against their peer institutions.

“I’m an education guy,” Harper said. “But our work is going to be more sophisticated and deep.”

Provost Quick said that the new center is part of the school’s overall strategy to train a spotlight on the issue of diversity and inclusion.

“Dr. Harper and the USC Race and Equity Center will work with our experts across the university to move our diversity and inclusion efforts forward while he also continues his groundbreaking research and teaching,” he said.

Harper said that he is not going to USC to become the chief diversity officer, but to be a strategic partner in helping to move the diversity and inclusion needle, while also collaborating on research with educational experts such as Drs. Pedro Noguera and Robert Teranishi, who are both on the faculty at nearby UCLA.

He will also remain director of RISE (Research, Integration, Strategy and Evaluation) for Boys and Men of Color. This initiative helps to identify and better understand the strategies that will ultimately improve life outcomes for boys and men of color. The collaborative focuses on four areas — education, health, criminal justice, and economic opportunity and workforce development — with an aim to develop best practices, inspire new research, and bring together academics and policymakers to improve communities

“Dr. Harper’s return marks a pivotal moment, not only for USC Rossier, but for the entire university, which will no doubt benefit from Dr. Harper’s transformational leadership on issues of race, equity and inclusion,” said Dr. Karen Symms Gallagher, Emery Stoops and Joyce King Stoops Dean of USC Rossier.