Dr. Ibram X. Kendi hopes that the 2016 National Book Award for nonfiction he was awarded for Stamped from the Beginning: The Definitive History of Racist Ideas in America, could bring more attention to other scholars taking a hard look at the history of racism in America. 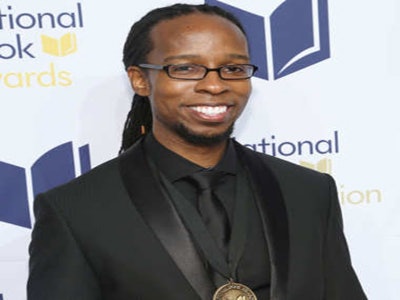 According to Kendi, winning the award and the fact that Ta-Nehisi Coates won the same award in 2015 for Between The World and Me demonstrates that “there are opportunities and there is an ability for us writing about these serious topics to get this type of recognition.”

“People like me tend to not win these awards,” says Kendi, a Diverse contributor and assistant professor of African American history at the University of Florida. “Somebody that had graduated from an HBCU. Someone with a Ph.D. in African-American studies. Somebody who’s in their 30s. I learned I was the youngest to win this award in more than three decades.”

In Stamped from the Beginning, Kendi uses the vantage points of five individuals from past and present with divergent views on matters of race — Cotton Mather, Thomas Jefferson, William Lloyd Garrison, W.E.B. Du Bois, and Angela Davis — to trace the history of the development of racist ideas, noting that besides those who are segregationist and antiracist, there is a third category of individuals —  assimilationists — whose melding of the racists ideas of segregationists and antiracist ideas have ended up sustaining ignorance and hate.

The other finalists for the 2016 National Book Award for nonfiction included Dr. Arlie Russell Hochschild for Strangers in Their Own Land: Anger and Mourning on the American Right; Dr. Viet Thanh Nguyen for Nothing Ever Dies: Vietnam and the Memory of War; Dr. Andrés Reséndez for The Other Slavery: The Uncovered Story of Indian Enslavement in America; and Dr. Heather Ann Thompson for Blood in the Water: The Attica Prison Uprising of 1971 and Its Legacy.

Interestingly enough, the awards ceremony was on November 16, just over a week after Donald Trump surprised many by defeating Hillary Clinton in the U.S. presidential election. In her announcement of the award for Stamped from the Beginning, Masha Gessen, chair of the judges’ panel for the 2016 National Book Awards for nonfiction, noted that the list of finalists had, over that past week, “begun to feel ever more timely and ever more urgent.

“And urgency was one of the criteria that emerged in our conversations. Not just urgency in the subject matter but an urgency with which we want to ask people to read these books because they will change or affect the way that you see this country and the way that you think about some of the most important issues today.”

In his book, Kendi postulates that it is commonly thought that ignorance and hate are behind racist ideas, and the people who harbor racist ideas are the ones who have created racist policies. Thus, solutions have been crafted to educate people away from racist ideas.

“That’s actually not how racism works in society,” Kendi says. “I’ve found that powerful Americans created racist policies typically out of self-interest, and then they or their propagandists produced racist ideas to basically justify those polices, because those policies always created racial disparities.”

Kendi adds that these racist ideas postulated that Black people and their inferiorities were to blame for racial disparities. Thus, those who created racist ideas largely out of self-interest were “off the hook” and “then the circulation of racist ideas led to ignorance and hate.