It’s no secret that, as a demographic, female faculty, staff­ and administrators at colleges and universities across the nation have long been financially compensated at a much lower level than their male counterparts have.

Moreover, while this remains ostensibly the case, new evidence also seems to suggest that, at least in certain areas of higher education — most notably in administration — some colleges and universities have been taking bold and aggressive steps to both hire and retain women by o­ffering them impressive salaries that are commensurate with those of their male colleagues. 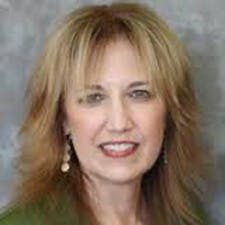 Dr. Jacqueline Bichsel says the overall gender pay gap at colleges and universities is “not narrowing.”

This trend may ultimately signal a shift in long-overdue pay ranges for thousands of women at colleges and universities across the nation, but it’s also important to note that the overall gender pay gap — particularly in higher education administrative positions — is “not narrowing,” says Dr. Jacqueline Bichsel, director of research for the College and University Professional Association for Human Resources (CUPA-HR).

According to Bichsel, who authored a study titled “The Gender Pay Gap and the Representation of Women in Higher Education Administrative Positions: The Century So Far,” the gender gap in higher education has been consistent for the past 15 years.

“Women are equitably represented in administrative positions as a whole,” says Bichsel, who presented her findings at CUPA-HR’s annual meeting in Washington, D.C. last year. “However, there are fewer women in higher-paying leadership positions.”

In positions where women are drastically underrepresented, Bichsel says the data also indicates that women are typically paid more than their male counterparts, which may indicate e­fforts to attract and retain these women in these positions.

Challenges outside of the academy

Throughout the 2016 presidential campaign, there was a renewed e­ffort to call attention to the glaring gender gap that persists in everyday life. The nomination of Hillary Rodham Clinton as the Democratic nominee — the first time a major political party has nominated a woman to head a presidential ticket — prompted a variety of discussions about women’s rights, including equitable wages.

Nationally, women tend to earn 83 cents for every dollar men make. That number is up from 77 cents about a decade ago.

However, according to the Equality of Opportunity Project, male graduates of Ivy League schools earn 30 percent more than their female counterparts do.

“We know there is a gender imbalance in employment at some of the occupations at the very top of the income distribution,” says Dr. John Friedman, an associate professor of economics at Brown University and one of the co-authors of the Equality of Opportunity study. “Most colleges — non-selective four year schools, and even most selective four-year schools — aren’t putting too many people into the Goldman Sachs of the world.”

Still, despite the disparity, there is much to celebrate. Female academicians have made major strides, holding roughly half of higher education’s administrative positions across the United States, according to Bichsel.

But, despite those gains, there have been steady setbacks too. For example, between 2001 and 2016, there has been a dip (even among administrative positions) in the number of women who were tapped for the more prestigious, higher-paying jobs at colleges and universities.

“There is a difference being a department head and a chancellor,” says Dr. Kenneth Parker, an educational consultant who researches trends in higher education. “We should not act like all administrative jobs are the same because they are not. The higher you go up the ladder, the more influence, power and ultimately money you will make.”

Although progress has been made in moving women into various high-level administrative positions, the overall percentage of women who are hired into top executive positions at colleges and universities remains less than 30 percent, according to CUPA-HR officials.

Challenges, however, remain in terms of bringing women into top-level positions and adequately compensating them. While some may believe that sexism and bias are reasons for this longstanding disparity, there could be other factors as well.

“Understanding and addressing pay gaps in higher education is a complex matter. Unpacking how these gaps continue to exist, albeit with some progress, requires both a close look at the institutions and individuals involved,” says Dr. Jerlando F.L. Jackson, the Vilas Distinguished Professor of Higher Education at the University of Wisconsin–Madison.

“The biggest roadblocks fall within the institutions with perennial challenges like salary compression, small institutional pay adjustment exercises like annual raises, and access to more robust salary adjustment tools like counteroffers that help to correct against external market forces represent a mix of realities that continue to move the pay-equity line.”

Bichsel says that colleges and universities can be more intentional in trying to ensure that their institutions are identifying and grooming female talent, particularly in leadership positions. She recommends that college leaders should think about the following questions: How well represented are women in administrative positions? Are women being paid comparably to men in similar positions?

“Benchmark your administrative salaries to compare your salaries with other institutions,” says Bichsel. “Recognize that representation is not the only issue for women in administrative positions. There is still a considerable pay gap in positions where women are well represented. Identify whether such pay gaps exists at your institution.”