If President Donald J. Trump succeeds in getting Neil Gorsuch confirmed as the next Supreme Court justice, the use of race as a factor in college admissions will be just “one seat away” from extinction, activist and civil rights leader Rev. Al Sharpton predicted Thursday. 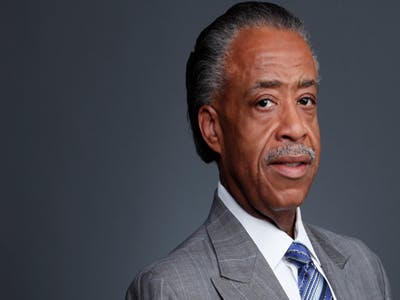 And if race can no longer be considered in higher education, “that in many ways bring us to pre-1954,” Sharpton said, referring to the year of the landmark Brown v. Board of Education case that ordered the desegregation of the nation’s public schools.

Sharpton said race-conscious affirmative action with Gorsuch “has as much chance as a snowball in a furnace.”

“Which is why you have to have a resistance movement,” Sharpton said.

Sharpton made those remarks Thursday during an editorial board meeting with Diverse.

The conversation touched on a variety of hot topics in higher education. Sharpton spoke on matters that ranged from what he sees as the next target for student activists to why there’s a need a legal remedy to the lack of diversity of faculty on campus.

Sharpton also touched on fears of efforts under the Trump administration to roll back protections for sexual assault victims on campus to a recent meeting between President Trump and HBCU presidents that Sharpton dismissed as a “photo-op.”

Sharpton said his most pressing concern with the Trump administration as it relates to higher education is the fact that U.S. Secretary of Education is a staunch advocate for school choice and vouchers, which he said would give an unfair advantage to some students over others because only a fraction of America’s students will access charters and vouchers.

“The reason that’s of concern as we move into higher education is because if we continue this gap between the select few that get into charter schools and even less with vouchers, then you have a huge body of people who disproportionately in our community that are not prepared equally for higher education,” Sharpton said. “So by the time you get to your post-high school years, those that are ready to even talk about a real serious higher education experience are ill equipped to do so.”

Sharpton lamented the lack of resources in public schools and cited anecdotes from collaborators in the corporate world about public school students’ inability to read and write on grade level.

“This is your pipeline to higher education,” Sharpton said. “So how are we going to effectively broaden the African American, Latino and Asian experience in higher education when you already knee cap them in public education?

“To have a head of the education department that is passionately committed to vouchers and charter schools just reinforces that problem because you’re only going to get a small percentage of the public education age that can go into charter schools and vouchers.”

Asked if the massive waiting lists for charter and voucher schools were not a strong indication of public demand for choice and vouchers, Sharpton said he learned during an education tour he took with former House speaker Newt Gingrich during the first year of the Obama administration that “a lot of the waiting lists people didn’t understand what they were waiting for.”

In elaborating, he said many didn’t understand that vouchers only went so far and that they would have to pay the difference if the voucher didn’t cover the full cost of tuition. He also said it was problematic if a parent has multiple children but only one comes off a waiting list.

“So I think that if you have a waiting list education policy, that is a formula for disaster,” Sharpton said.

He dismissed as “rhetoric” Republican ideas of moving toward a universal voucher or universal choice system.

“Hell, they’re fighting today about they don’t want to give everybody health care,” Sharpton said in reference to GOP efforts to repeal and replace Obamacare with a new health care bill that the Congressional Budget Office has said will result in millions fewer being insured. “Imagine them giving everybody a voucher in public education. They don’t even want to give their mama Medicaid. So they’re certainly not going to give every junior and jane a voucher, because who’s gonna pay for it?”

Asked about fears that the education department under Trump would require sexual assault cases on campus to meet the “clear and convincing evidence” standard as opposed to the less rigorous “preponderance of evidence” standard, Sharpton said the move would open the door to women being violated on campus.

The Trump administration has indicated that the more rigorous standard is needed to protect the wrongly accused.

“I think that it’s a very dangerous move,” Sharpton said.

He said a key question is “who determines the preponderance of evidence?”

A Diverse writer asked Sharpton to answer the question from the perspective of having been at the center of the Tawana Brawley case.

The late 1980s case involved a then-15-year-old African American girl — Brawley — who claimed that she had been abducted and sexually assaulted by six white men, had a racial epithet on her stomach and “KKK” written on her chest, among other degrading things.

Brawley’s story was ultimately ruled to be a hoax, and Brawley and Sharpton — who had served as Brawley’s spokesman at the time — were both ordered to pay $431,000 and $66,000 in damages, respectively, to a prosecutor they said had been part of the White mob that raped Brawley.

“If she’s violated, her testimony is evidence,” Sharpton said, pointing to a female reporter who had been in the room as a hypothetical victim. “So who decides what is a preponderance of evidence? How much evidence is required? How do you determine that?”

He said the Brawley case was never put to trial and defended his role in bringing the case to the fore, saying he believed Brawley’s lawyers but that he never talked to Brawley herself.

Asked if the more rigorous standard might benefit minority males accused of rape such as the Central Park Five, Sharpton drew distinctions between the infamous 1989 rape case in which five teenagers — all Black and Latino — were imprisoned for the rape of a Central Park jogger for which they were later found innocent, and cases based solely on an allegation.

“The Central Park Five case, which I was in the center of, they forced confessions out of them,” Sharpton said. “So that was different, not just an accusation made and either you believe it or not. They took them to the precinct, kept them all night, these were minors, and told them if you just say you did it — after hours of not eating — we’ll let you go home, and then used their confessions, videotaped, to convict them.”

The five men were ultimately cleared after a prison inmate admitted to the rape and his DNA matched DNA in the case.

Sharpton praised the student activism on campus that has led to the renaming of buildings or removing pictures and statues in honor of individuals with slave-holding pasts, but said there is a need for campus activists of the future to take things to the next level.

“Let’s go a step beyond the photos and the statues and naming of buildings,” Sharpton said, and begin to examine how colleges and universities are spending their money and whether any minorities are involved in how universities invest their money.

Asked about the lack of diversity among the American professoriate, Sharpton said higher education needs a “Rooney Rule” — an NFL policy that requires minority candidates to be interviewed for head coaching positions.

“So you can’t turn around and say the law is not there and we’re not gonna have a law to make up the gap that the laws have created,” Sharpton said. “There must be an intentional inclusion of Blacks and Latinos and Asians at a higher education level in terms of hiring to answer the decades if not centuries of exclusion of them.”

Asked about the recent meeting of HBCU presidents and Donald Trump, Sharpton was unimpressed.

“They didn’t have a meeting. They had a photo-op,” Sharpton said.

Sharpton criticized President Trump for signing an executive order in support of HBCUs without putting any increased financing for HBCUs in his proposed budget, despite suggesting he would do more for HBCUs than President Obama did.

Asked if HBCUs being spared from cuts at a time when the Trump administration is proposing to slash many education programs, Sharpton disagreed.

“If they hold to sparing no cuts, they’re not cutting what Obama and others did,” Sharpton said. “That is not Trump doing anything.

“If what they had was not enough — you need five dollars to do this, you have two and you need three — and my gift to you is not to take the two from you, I don’t think that’s a gift. I don’t think that’s aid,” Sharpton said. “And it’s certainly not, ‘I’m gonna do more than Obama did.’ It’s just, ‘I’m not gonna take from you what Obama gave you.’”