MISSOULA, Mont. — Eleven University of Montana professors have accepted buyout offers during its first round.

The Missoulian reports the university offered a total of 48 buyout offers to faculty members in May. Officials previously said 14 tenured professors over the age of 65 expressed interest in the offers during the first round.

Kevin McRae with the Office of the Commissioner of Higher Education says the university offered a second round of buyout offers in June, this time targeting another 50 professors between 60- to 64-years-old. Only six professors have expressed interest the second time around.

The total cost for terminating the employees is about $1.5 million, but officials say it will save the university $2.86 million over the next two years. 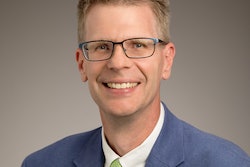