The Pathology of Delusions

In 1927 E. Franklin Frazier published “The Pathology of Race Prejudice.”  The young scholar had completed the article three years earlier, but had trouble finding a home for the piece.  The Atlantic Monthly had turned it down as well as had Survey Graphic, where he tried to place the piece as part of Alain Locke’s collection on The New Negro.  He then turned his attention to academic journals, and while no one questioned the strength of the article, he again failed to find a willing publisher.

Finally, after years of trying, Frazier found sympathetic editors at the Forum, a popular periodical that addressed social policy, who published the piece in June of 1927. 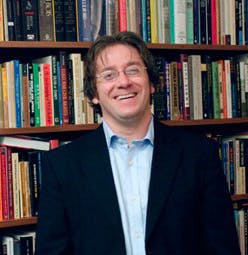 Frazier’s article, which argued that White people of the South were driven mad by the “Negro-complex” and that the “abnormal behavior,” known as racism, had made “otherwise kind and law-abiding” individuals to “indulge in the most revolting forms of cruelty towards black people” was met with immediate anger. Frazier points out that “just as the lunatic seizes upon every fact to support his delusional system, the white man seizes upon myths and unfound rumors to support his delusion about the Negro.” He believed that southern Whites put “certain questions beyond discussion” and if pressed would “rather fight than argue.” Finally, Frazier believed that the manifestations of race prejudice found throughout the South demonstrated a “pathological nature.”

Within a week of the article’s publication, the conservative Atlanta newspaper, the Constitution, condemned Frazier and declared that he was “more insane by reason of his anti-white complex than any southerner obsessed by his anti-negro repulsions.”  With the backlash came frightening phone calls to the house and eventually the threat to lynch Frazier for his words and accusations. Ultimately, the Fraziers, who were leaving Atlanta for Franklin to finish his doctorate at the University of Chicago, left the city a bit faster than expected, and per his wife, Marie Brown Frazier, with a .45 tucked in Franklin’s belt. This move was predicated even more by the fact that Morehouse College’s Board of Trustees decided not to renew Frazier’s contract, as the Baltimore Afro-American explained, his “ideas on race equality went too far.”

FrFrazier would eventually finish his Ph.D. and be hired at Fisk University and then Howard University, but the experience of being attacked for his analysis of America’s racial climate never left him. Moreover, Frazier’s experience of being criticized and threatened for writing honestly about race and or racism in America has been played out many times in the near century since he and his wife left Atlanta under the threat of mob violence.

Indeed, over the course of the past few years, and particularly in the last few months, these types of attacks on scholars who speak out on racism, sexism and other issues has increased. To highlight just a few instances: Tommy J. Curry, an associate professor of philosophy at Texas A&M, faced death threats after being accused of advocating violence during a 2012 podcast interview where he discussed, racial violence and the Tarantino film Django Unchained.

Keeanga-Yamahtta Taylor, an assistant professor of African-American studies, cancelled speaking engagements after receiving death threats for her criticism of President Donald Trump during a commencement address. Johnny Eric Williams, an associate professor of sociology at Trinity College, also received death threats after individuals concluded that his use of a hashtag was advocating racial violence.

None of these incidents warranted the level of response they received and most certainly none of the professors should have received death threats for stating their opinions. Scholars are hired to teach, produce knowledge and engage in public discourse in their respected fields of study. In today’s world that productive scholarship may take place in the classroom, the broader academic community or on social media platforms. The problem is that rather than engage in an intellectual debate or discussion, these scholars are attacked and intimidated into [what their critics hope will be] silence.

This is done by a social media ecosystem and conservative news outlets such as Infowars, Breitbart, and Campus Reform, that swelled in the Obama years, but has gained a certain amount of energy and audacity in the era of Donald Trump.  They masterfully use these incidents to take comments out of context, or cherry pick statements, to harass, terrorize and hopefully suppress these scholars’ ideas rather than enter a constructive dialogue about the given topic.

In many ways those who immediately pounce and manipulate the information on racial issues that are provided by scholars of color fall directly into the group Frazier was outlining in 1927. According to the young sociologist, “white people afflicted with the Negro-complex show themselves incapable of performing certain social functions. They are, for instance, incapable of rendering just decisions when white and colored people are involved; and their very claim that they ‘know’ and ‘understand’ the Negro indicates a fixed system of ideas respecting him, —whereas a sane and just appraisal of the situation would involve the assimilation of new data.”

We have not come very far in the past century if individuals are unwilling to consider new information and would rather attack scholars, with the threat of violence, than engage in a logical, rational manner. Most scholars are not going to be seriously intimidated or silenced by the attacks, but universities and colleges must be prepared to protect them.

Protection under the auspices of academic freedom and First Amendment rights is necessary to encourage continued engagement and discourse. Scholars should not be forced to cancel speaking engagements, go to their schools under protection or flee their communities for fear of their lives and those of their family members.

Dr. Shawn Leigh Alexander is an associate professor of African American Studies and Director of the Langston Hughes Center at the University of Kansas.