Survey: Full-Time Faculty Salaries Barely Above Inflation For Third Year in a Row

For the 2018-19 academic year, salaries for full-time faculty members at U.S. colleges and universities, on average, are 2 percent higher than they were in the 2017-18 academic year — just 0.01 percent above the inflation rate for the academic year after being adjusted.

It’s the third consecutive year that average increases in full-time faculty salaries at U.S. institutions have barely outpaced inflation, according to the annual Faculty Compensation Survey conducted by the American Association of University Professors (AAUP).

For this year’s survey, the AAUP collected data from over 950 U.S. higher education institutions, including community colleges, liberal arts colleges and prominent research universities. In addition, data used in the survey covers over 380,000 full-time faculty members at colleges and universities and includes the salaries of senior administrators and pay for part-time faculty members. 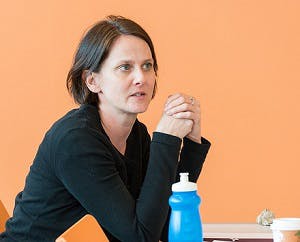 “The data confirms that support for higher education in this country is not where it should be,” said AAUP spokesperson Dr. Gwendolyn “Gwen” Bradley. “Even full-time faculty salaries barely outpace inflation, and about half of the faculty in this country are on part-time appointments that typically have low pay and lack institutional support such as professional development funding, job security, and adequate office space.”

Salaries for full-time faculty members vary based on the type of the institution, in addition to faculty rank. For instance, the survey results found that a full-time professor at a private-independent doctoral university is almost $196,000, whereas an assistant professor at a religiously affiliated baccalaureate college annually earned $61,127, on average.

In addition, the salary increase for full-time faculty at private institutions was, on average, 0.4 percent higher than for those teaching at public institutions, survey results found.

The income disparities between college and university presidents and their faculty continue to exist, survey results found, with presidents on average receiving a salary three to four times that of even the most senior faculty members at their schools.

For the 2018-19 academic year, the median salary for a college president ranged from $206,594 at public community colleges to $690,200 at private-independent doctoral institutions.

In regards to the gender pay gap in the higher education sphere, survey results found that female full-time faculty members were paid on average, 81.6 percent of the salaries of their male counterparts during the 2018-19 academic year.

“The overall gender gap in full-time faculty pay is similar to the overall gap in the economy as a whole, indicating that even for women with graduate degrees we are still a long way from achieving equity,” Bradley said.

Salaries for higher ed faculty members may increase, however, if the cost of living increases by as much or more as their salaries do, Bradley said, then the faculty members fall behind in terms of what they are able to purchase, putting them where they were in the previous academic year in regards to “real purchasing power.”

Typically, determining salaries for all types of faculty members tends to be a hidden process by administrators, except for instances where there is a union bargaining on faculty members’ behalf, Bradley said.

“The goal of producing the annual report is to provide both administrators and faculty members with better information on salaries so they know where they stand,” she said. “Administrators at institutions that pay lower salaries will want to raise those levels in order to attract and retain the most productive faculty members.”

The organization hopes that by providing this information to the public, that it will spark conversation among higher education faculty members, administrators and policymakers, Bradley said.

“The next steps are for faculty members to organize and work collectively to advocate for more equitable pay and benefits, and for institutions to acknowledge that they need to re-organize their priorities and increase their investment in their instructional mission, including in compensation for faculty in all employment situations.”