The decline in tenured and tenure-track college and university faculty and the increase in nontenured full-time, part-time and adjunct instructors — a decades-long trend that shows no sign of slowing — is likely to have widespread impact across the higher education landscape. 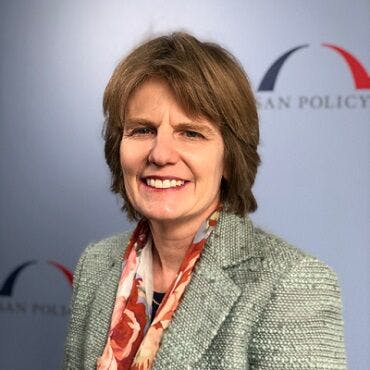 The widening disproportion of the statuses of those paid to educate college students is clear and dramatic, according to national data provided by the American Association of University Professors.

In sum, tenure-line faculty dipped from 45 percent to 30 percent of total faculty while the share of contingent faculty rose from 55 percent to 70 percent. There now are more than twice as many instructors with lower pay and less job security than their tenure-line colleagues, despite the same classroom-performance responsibilities and expectations.

And there are wider implications, from erosion of power among tenured faculty to growing unionization efforts.

“Everything around this issue is going to get a lot harder in the years ahead,” says Dr. Jacqueline Pfeffer Merrill of the Bipartisan Policy Center.

Josh Wyner, vice president of The Aspen Institute and founder and executive director of its College Excellence Program, described it as “a really important trend to be monitoring.”

“A lot of institutional leaders I speak with are wringing their hands over it and wondering how to evolve,” says Wyner.

The trend could indicate a desire by administrators and trustee boards to reduce instruction expenses and use the savings to finance nonacademic activities, more administration or other ventures, says AAUP president Dr. Rudy Fichtenbaum.

“Some of it is about the money,” says Fichtenbaum. “And some of these things — and they are related — are about control. Getting more control over the curriculum and academic bodies and undermining shared governance.”

Finances are a factor, agrees Wyner. States are demanding that schools produce more graduates for the workforce, but at the same time have not pulled back on disinvesting in higher education, he notes.

“Some of this is on states,” says Wyner. “Every state needs to be asking the question of what the impact of state budget cuts are on the capacity of colleges to employ and activate all of the talented professors they need to do the work.”

Merrill, director of BPC’s Campus Free Expression Project, predicts that financial pressures on schools will intensify as they compete for students during a projected sharp decline in traditional college-age students in coming years and an accompanying nationwide decrease in faculty numbers. 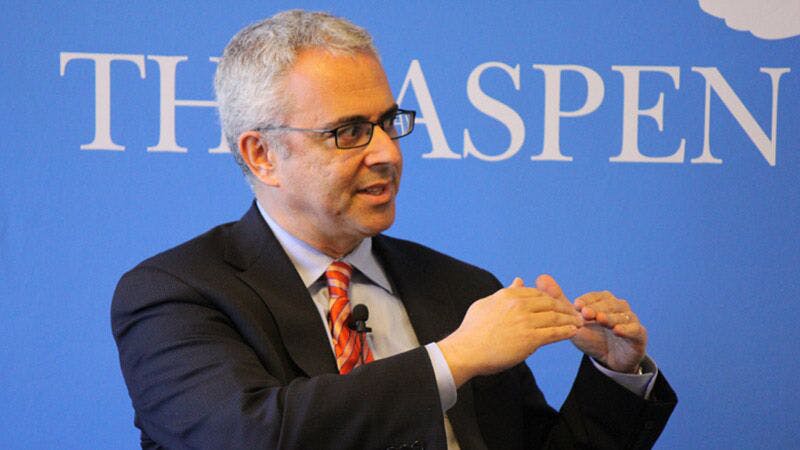 “Increasingly, because of economic factors, schools will be very reluctant to commit to hiring additional tenure and tenure-track faculty members,” says Merrill. “Presidents see this coming and it makes them more cautious about bringing on more tenure-track faculty. They’re concerned about whether they will have enough students to fill all those classrooms.”

The shift in faculty composition is among trends that Fichtenbaum and some other observers characterize as signs of “corporatization.”

“Faculty without tenure lack academic freedom,” says Fichtenbaum. “Without that protection, faculty are less willing to speak up and resist curricular changes being made anywhere in the institution, particularly the downgrading of liberal arts and humanities.”

Tenure emerged out of efforts to protect academic freedom, Merrill says, predicting that increasing reliance on part-time faculty is likely to have implications for freedom of expression.

In the current cultural shift about how provocative ideas are received on campuses, she says, there’s “an increasing feeling that free expression must be balanced against safety and inclusiveness” although it is possible to have both.

“In this setting, it certainly is the case that part-time and contingency are less likely and more cautious about raising controversial issues in the classroom because they don’t want to risk complaints that they have overstepped the boundaries of student sensibilities,” says Merrill. “This really gets to the educational mission that is at the heart of higher education, especially liberal arts. If the class atmosphere is chilled, students miss out and society misses out. It’s a quality of education issue.”

Hierarchy within the academy

Another potential side effect of the increased minoritization of tenured faculty is a widening of the types of quality of education but no decrease in cost, says Fichtenbaum.

A long-standing “pecking order” that situates elite schools at the top and public four-year and two-year institutions lower “will be exacerbated,” he says, despite efforts by schools with fewer resources and less renown to increasingly better educate students.

The result will be less equity for students of color and those with modest financial means, Fichtenbaum predicts.

In the midst of all the change, schools should put innovative faculty at the forefront of efforts to define and promote great teaching and student success — and full-time faculty generally are better positioned to do that than part-timers, said Wyner.

“I am concerned that it is harder to engage adjunct faculty,” he says. “Full-time faculty have to be at the center of learning and student success. It’s not impossible with adjunct, but it is more difficult. You can create incentives for adjuncts to engage in professional development, as Patrick Henry College has done, but I don’t think anyone can tell you that it’s as easy.”

Merrill foresees the pressures leading to some soul-searching and “tough moments of reckoning” for schools across the spectrum.

She predicts this scenario: The most highly selective private schools will continue to see increased interest among prospective college students. But they will not significantly enlarge their undergraduate populations, as a result becoming even more highly selective and forcing some top students to select from schools ranked a tier below.

Schools in that second tier, Merrill continues, will need to reexamine what makes their identity unique as they seek to take advantage of the opportunity to attract those students. 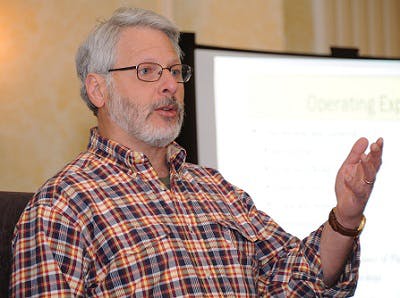 “But for schools out of the top 100, it’s going to get a lot harder,” she warns. “There won’t be enough students to go around to fill all of the available spots. With the pressure to compete for a smaller universe of students, you can expect more closings, consolidations and mergers.”

As the effects of shifting faculty compositions ripple across campuses and given the chronic funding challenges faced by most colleges and universities — especially public schools — students ultimately will suffer, says Fichtenbaum.

“Faculty working conditions are student learning conditions,” he says. “I would argue that they’re really not getting what they’re paying for in terms of the quality of education.”

The phenomenon is gaining renewed interest at a time when legislators are working on reauthorization of the Higher Education Act. Large segments of the public have expressed skepticism of the value of a college degree and the way higher education does business as student loan debt hits a record $1.6 trillion, default rates soar, large numbers of students fail to graduate and employers in some sectors complain of being unable to fill positions because schools aren’t producing enough prepared graduates.

Gallup polls have measured the drop in consumer and public confidence in higher education, with fewer people now than in the past saying they believe that higher education is accessible to people who need it.

And the concern is not just outside the academy.

A 2018 poll conducted by Gallup in cooperation with the Association of Governing Boards indicated that 74 percent of college trustees and board members are concerned or very concerned about the future of higher education in America, and much of that apprehension centers around affordability issues.

Meanwhile, trends in terms of pay increases — much like faculty hiring — favor the nontenured and nontenure-track instructors.

Tenure-track faculty received salary raises of 1.6 percent compared to 1.8 percent for nontenure teaching faculty, according to a 2019 report by the College and University Professional Association for Human Resources (CUPA-HR) based on a nationwide survey of more than 326,000 full-time faculty, department heads and adjunct faculty at public, private independent and private religious schools.

Higher pay increases among nontenured teaching faculty don’t necessarily mean that those teachers are well-paid, but they may highlight a significant trend in tandem with hiring shifts.

The CUPA-HR report doesn’t address possible reasons for the disparity in salary increases. However, it could be related to an uptick in faculty strikes and increased union organizing among adjunct instructors and other nontenured and nontenure-track faculty, suggests Fichtenbaum.

“People are seeking forms of protection and the ability to participate in governance,” he says. “Some of the efforts are for greater job security of contingent faculty. But unionization is under attack, as well, by government policies.”

Florida is a prime example of a state where union organizing is increasing on college campuses. Adjunct instructors at Miami Dade College (MDC), the nation’s largest college, voted in March to form the largest single-school adjunct collective bargaining unit in the United States, representing approximately 2,800 instructors. 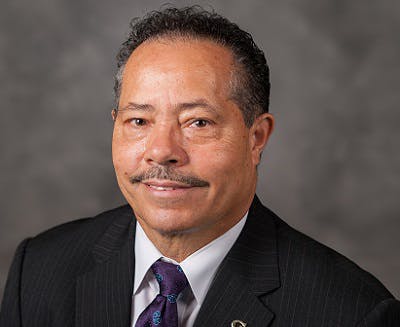 About 70 percent of professors in the Florida College System are adjuncts, according to “Florida Colleges in Crisis,” a report released in March by SEIU Fast Forward.

The percentage of part-time faculty is even higher at MDC, where 81 percent of faculty in 2017 were part-time and the inflation-adjusted median adjunct pay per course had declined 5 percent since 2010.

Wyner recommends that all colleges and universities reexamine how they compensate part-time instructors, who typically work more jobs than one to make ends meet.

“Colleges need to ask themselves those tough questions,” he says. “‘Are we treating our faculty in a way that allows them to succeed in the way that we hope our students do when they graduate?’”

Beyond finances, the growing reliance on contingent faculty may be about pragmatism, Merrill suggests, noting that not all part-time instructors are taking positions away from full-time faculty.

“Schools are increasingly seeing difficulties filling classrooms, which encourages them to be conservative in their hiring of tenure-track faculty,” she says. “It may seem like it’s safer to hire an additional number of contingent faculty.”

While it remains to be seen how unionization of contingent faculty and other factors could impact faculty dynamics, instruction and learning, it could be a boon for faculty diversity — something the academy struggles with.

“There appears to be opportunity to diversify the hiring pipelines and those actually hired,” says Dr. Archie W. Ervin, vice president and chief diversity officer at the Georgia Institute of Technology and president of the National Association of Diversity Officers in Higher Education (NADOHE). “Schools could choose to use those positions to diversify faculty teaching students. I think that’s an opportunity for institutions to capitalize on and catch up.”

More underrepresented racial minorities in those positions could provide a launching pad into tenure-track positions down the road, says Ervin, noting that the percentage of Black tenure-line faculty has remained disproportionately low at about 5 percent for the last 15 years.

“Schools committed to a visibly diverse teaching pool could actually make some progress in those areas,” he says.

This article appeared in the July 11 issue of Diverse. LaMont Jones can be reached at ljones@diverseeducation.com. You can follow him on Twitter @DrLaMontJones