On Monday, over 200 faculty from across the U.S. – and beyond – sent a letter to Dr. Lawrence Bacow, Harvard University’s president, criticizing the decision to deny tenure to Dr. Lorgia García Peña, a Latinx studies scholar. Signatories included famed authors like Angela Davis and bell hooks. 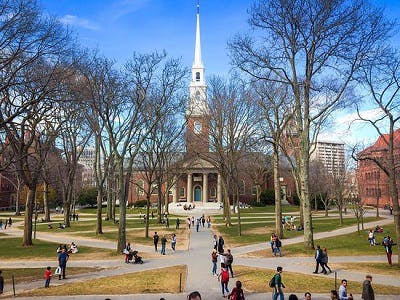 The letter calls García Peña an “internationally-recognized leader in Latinx Studies and Dominican Studies” and critiques the university for undervaluing these fields. It also describes her tenure rejection as a setback to attracting “top talent” in Latinx scholarship, counter to Harvard University’s diversity goals.

The faculty letter comes after students protested on García Peña’s behalf, holding a sit-in at University Hall on Dec. 2 and a silent protest at a faculty meeting the next day where students held up signs with messages like “Want diversity? Teach our histories.” They also sent an open letter of their own, which 200 students and 30 student groups signed, according to the student newspaper, the Harvard Crimson, alongside a separate letter from other Harvard affiliates. The fight for García Peña’s tenure started as early as last spring with a student letter-writing campaign in favor of her case.

Dr. Ginetta Candelario, a Smith College professor who teaches sociology and Latin American and Latina/o studies, said she’s “truly stunned” by the outcome of the tenure case as someone “very, very familiar” with the full breadth of García Peña’s scholarship, as well as her service work. She first met García Peña at a conference 12 years ago.

Harvard’s decision was “on the face of it, inappropriate,” Candelario said. “Just not matching her record at all.”

Tenure is designed to ensure academic freedom, “to protect unpopular intellectual endeavors, such as writing about sexism or racism or imperialism or misogyny or homophobia,” she said. Yet she sees a general correlation between more women of color entering academia, and universities increasingly relying on adjunct faculty with less professors achieving tenure.

Meanwhile, for ethnic studies professors, the tenure process itself is fraught. According to Candelario, Harvard requires eight to twelve external reviewers for tenure candidates, while other institutions mandate three or four. But there are so few full professors in ethnic studies, let alone in a scholar’s exact area of expertise.

The full professors who do exist in ethnic studies are barraged with review requests and struggle to keep up with demand. Candelario, who became a full professor two years ago, has done four reviews this year alone, which can involve reading thousands of pages of scholarship. So, ethnic studies professors up for tenure can end up with reviewers who don’t know their field well or reviewers who feel “discomfort” with the work based on their own implicit biases.

Dr. María Elena Cepeda, chair and professor of Latina and Latino studies at Williams College, said the fight for García Peña’s tenure is also about ethnic studies being relegated to “second-class citizenship” in academia in general, despite “rich bodies of scholarship.”

Universities still have an uneasy relationship with ethnic studies, Cepeda added, as a field with nontraditional origins, born out of “student agitation and unrest” in the ’60s and ’70s.

These fields “were always meant to critique institutions,” she said. “Ethnic studies takes for granted the notion that knowledge production is never neutral.”

“I was studying these racially marginalized populations in ways they never had,” she said.

Meanwhile, most ethnic studies fields are predominantly made up of minority faculty, who perform extra “emotional labor” as tenure-track professors, mentoring students of color.

In García Peña’s case, she doesn’t think Harvard will bend because of the faculty letter, but it may listen to its “customers,” students.

Nonetheless, “I’m proud of my colleagues for speaking out,” she said. “This is not the first time this has happened and it is not the last. And I think we just need to keep up the pressure. This is at the heart of what ethnic studies is all about, the claim that the type of knowledge that comes out of minoritized community is valid.”