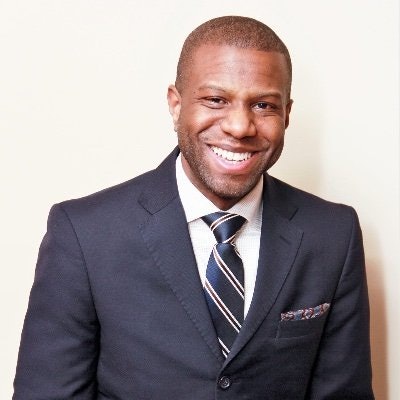 When Dr. Ivory A. Toldson was recently tapped for a leadership role at the National Association for the Advancement of Colored People (NAACP), he remembered a June 30, 1963 letter from his grandfather to the civil rights organization’s executive director.

“This is to inform you that while I was attending a vote meeting Friday night week, my wife and daughter were harassed,” read the first sentence to Roy Wilkins written by the Reverend John H. Scott, Toldson’s grandfather, who had been a civil rights activist and scholar.

The letter detailed atrocities the Black community had been facing in northern Louisiana that month.

“Things are bad here,” Scott wrote, explaining how the Ku Klux Klan had burned down churches, issued death threats to his family, and threatened to rape Black women. For support, Scott turned to the nation's oldest civil rights organization.

“Unfortunately, a lot of the issues around Black people getting fair treatment under the rights of the law continue today,” said Toldson, professor of counseling psychology at Howard University, and editor-in-chief of the Journal of Negro Education.

Now, he is the NAACP’s new director of education innovation and research, a post that he is excited about after serving for many years as the president of Quality Education for Minorities (QEM)

“I’ve done a lot of research and policy work on educational issues and equity, such as how Black children are underrepresented in gifted and talented classrooms yet overrepresented in special education,” said Toldson, who is the author of numerous publications including No BS (Bad Stats): Black People Need People Who Believe in Black People Enough Not to Believe Every Bad Thing They Hear about Black People. “Now I can be more of a scholar activist."

Under the Obama administration, Toldson was the executive director of the White House Initiative on Historically Black Colleges and Universities (HBCUs). As an activist and an academic today, Toldson sees his NAACP position as breaking down communication barriers between the ivory tower, the policy world, and the public.

“The role of the scholar-activist is getting the information out at the grassroots level and creating structures to make change,” he said. “The NAACP has those structures with local membership organizations in all these cities. We can activate them to address unfair treatment of Black scholars, the disproportionate discipline of Black children, and so many other issues facing our communities.”

His colleagues praise the NAACP’s decision to place him in this leadership role.

“Toldson is a brilliant scholar, researcher, and thought leader on topics related to Black folks and civil rights,” said Dr. James L. Moore III, the vice provost for diversity and inclusion at The Ohio State University and the Education and Human Ecology Distinguished Professor of Urban Education. “He has the gift of connecting research to public policy in education, criminal justice, and mental health. The NAACP chose the right person to lead its research efforts.”

To Toldson, information access is a critical right and resource for the public as well.

“They need to be empowered with the knowledge and tools and structure to advance what we deserve, what we need,” he said.

A big part of Toldson’s research agenda at the NAACP will include strengthening funding and equity across HBCUs.

“I want people to know that it is in the realm of possibility that we can get free tuition at HBCUs,” he said, noting that for decades, such institutions operated under Jim Crow laws. “There should be some way to repair the damage we know has been inflicted on HBCUs while other institutions operated under a completely different system. A lot of those institutions have so much wealth now because they benefited under Jim Crow. That needs to be taken into consideration.”

Toldson also plans to look closely at grants and contracts for HBCUs to ensure that these storied institutions are getting a fair share. And to him, the future for HBCUS is bright.

“This is a time and opportunity for HBCUs to show the world what we have to offer,” said Toldson. “For a long time, I think HBCUs measured success against what a lot of the more popular, predominantly white institutions had been doing. We wanted to publish in their journals, present at their conferences. But I don’t think we’ve thought enough about what our own unique place is. Scholar activism could be a way for us to carve out our niche.”

Thinking back to that letter from his grandfather, Toldson said Scott, who passed away in 1980, likely would be “flabbergasted” to see him at the NAACP as a scholar activist. Scott lived through social movement after movement, watching half of his children go to segregated schools, the other half to integrated schools. If he were around today, Toldson imagines life would be bittersweet for him.

“In some ways, he would be disappointed that some things haven’t fixed themselves by now,” he said. “But on the other hand, he would be fascinated by larger social changes, the mobility of Black people, and the advancements of this organization he was a part of bringing on the son of his daughter. I think that would amuse him."