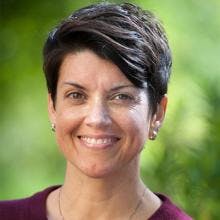 Dr. Ashley Finley, vice president of research and senior advisor to the president for the Association of American Colleges and Universities (AAC&U)The American Association of Colleges & Universities (AAC&U) surveyed campuses nationwide on their biggest challenges and priorities in a turbulent year with the pandemic and racial justice protests. For three in four institutions, financial constraints emerged as the greatest obstacle. On campus priorities, student retention and completion as well as campus diversity, equity, and inclusion topped the list.

As institutions prepare for the fall, the question on experts’ minds now is how institutions will move forward.

“If we know that a challenge is addressing inequities, and if we know that a top priority is addressing inequities, then how are campuses making that a reality?” said Dr. Ashley Finley, the report’s author and the vice president of research as well as senior advisor to the president at AAC&U. “Our next report will be around that, or how campuses are translating all this into practice.”

The report analyzed survey responses from more than 700 higher education professionals, including faculty and administrators, across varied institutional types. In partnership with Hanover Research, the survey was distributed last fall. Results were broken down by the participants’ roles on campus, type of institution (i.e. private or public), and size of institution.

Finley noted the importance of making sense of the report with nuance.

“There isn’t one uniform narrative about universities,” she said.

For example, participants at bigger institutions, or places with more than 30,000 students, said they were less concerned with campus finances than peers at smaller institutions. But Finley was not surprised to see diversity, equity, and inclusion as a top challenge and priority.

“It struck me to find that 56% of respondents experienced instances of hate on campuses, and faculty were reporting those instances at higher rates than any other group,” said Finley. “This suggests some faculty might be dealing with this in the classroom, more than administrators."

Regarding higher education’s equity problems, Finley pointed out the overlaps between improving student retention and completion (59% of respondents ranked it as the greatest priority) and strengthening campus diversity, equity, and inclusion (57% of respondents placed this as a top priority instead).

“Higher education needs to go beyond getting students in and out in the quickest way,” said Finley referring to a historic focus on degree completion data in higher education. “We need to do a better job of articulating what it is in the degree that will translate to life and career success. But no student from a wealthy background will question that, not to the same level as students from less-resourced backgrounds. They will be the ones to ask, 'will this pay off? What are the career outcomes and the overall value? Is getting in and out enough?'”

These questions spurred by the report’s findings bring her back to the student retention issue.

“If we can’t keep those students and engage them on our campuses, then we’ve lost that equity imperative,” she added.

Finley found a point of optimism in the priority ranked fifth. To 30% of respondents, this area was of top importance: expanding civic engagement and community-based learning.

“It’s a subtle result, yet I feel like it’s encouraging,” said Finley. “Our democracies feel fragile right now. Campuses need to think about what is our civic mission, what is our role in communities, and how do we translate our civic mission to communities. Coming off of this past year, those questions will be evermore present.”