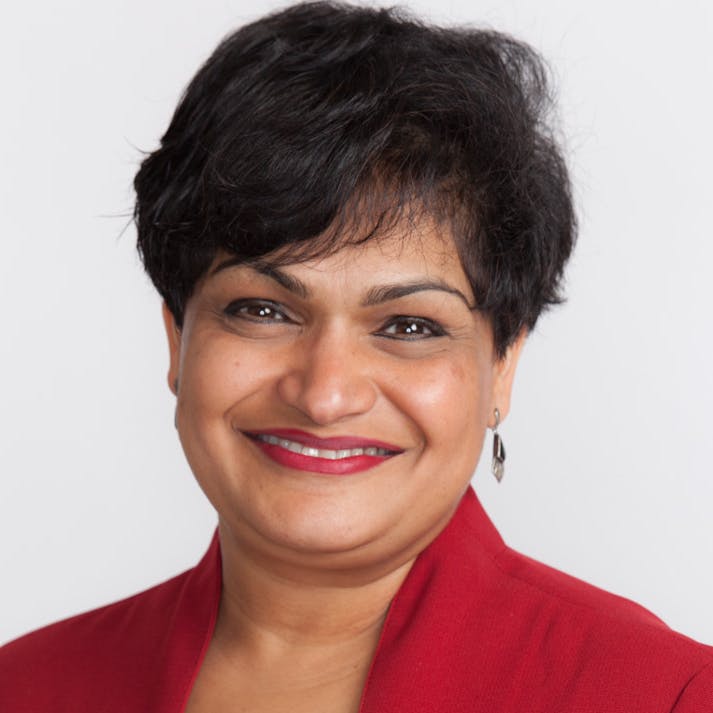 Dr. Rajshree Agarwal, Rudolph Lamone Chair of Strategy and Entrepreneurship at the University of Maryland’s Robert H. Smith School of BusinessA recent study by University of Maryland economists uncovers a wider pay and promotion gap for women with STEM doctoral degrees working in academia versus industry. Such inequities in higher education, however, show up in non-tenure track positions over career lifecycles, not in tenured or other high-ranking roles and not in early career stages.

Among the study’s central findings is that the gender pay gap of doctoral degree holders over their entire career is 1.5 times higher in academia compared to industry. Yet researchers notice points of optimism as well.

“When I looked at the findings, I saw a mix of good and bad news,” said Dr. Rajshree Agarwal, one of the study's authors and the Rudolph Lamone Chair of Strategy and Entrepreneurship at the University of Maryland’s Robert H. Smith School of Business. “The gender pay gap at rookie and high-ranking positions does not exist, which shows progress. But I do worry about the causes and consequences of what looks like a promotion gap.”

Dr. Donna Ginther, the Dean’s Professor of Economics at the University of Kansas, researches gender differences in scientific labor markets. This unevenness in higher education also jumped out to Ginther from the study.

“I think the devil is in the details in this paper. Not all academic jobs are created equal,” she said. “We have a kind of class system in academia. And the disparities this research is picking up are driven more by temporary-type positions like lecturers and postdocs, which usually pay less.”

But as an economist, Ginther was not surprised to see that academia suffered more of a gender pay gap than industry.

“The larger issue about the difference between academia and industry in terms of pay is well-known. Industry pays better, full stop,” she said.

Yet Agarwal noticed colleagues who do not study economics would often say to her that the pay gap must be higher in industry given academia’s reputation as a more liberally minded place. That motivated her to look at the numbers and compare.

The study also finds that the gender pay gap among non-tenure faculty has been worsening in recent years. To contextualize this, Ginther and Agarwal both point out that higher education in the past decade or so has been hiring more contingent faculty (i.e. adjunct or postdoctoral positions) than tenure-track jobs.

Other research has shown that women more than men tend to end up in non-tenure track ranks. Why this divide happens remains unclear.

“That’s a very fruitful area for research,” said Ginther, who does not exactly see this as a promotion gap among women in academia.

“Because a lecturer doesn’t enter a career that has a promotion,” said Ginther. “If I were running a university, I would try to create a career path for teaching professionals where they have an opportunity to get promoted. Universities would be better off if we had a mix of researchers and teaching specialists. And academia should make careers available for both.”

Among tenure-track positions, Agarwal adds that the tenure review process should be researched for possible gender biases that could be contributing to inequities.

“We need to do the hard work of looking very carefully at individual cases of promotion to make sure at the individual and institutional level that every bias and norm has been questioned and challenged,” said Agarwal. “I would say both to administrative leaders and to women in these careers to actively and locally challenge factors keeping some women back.”