Dr. Diana Natalicio, who was one of the longest serving college presidents of a public research university and a mentor to many Latinos looking to advance within the academy, died last week. She was 82.

Natalicio was the the 10th president of The University of Texas at El Paso (UTEP) from 1988 to 2019, having previously served as vice president for academic affairs, dean of liberal arts, chair of the modern languages department and professor of linguistics. The University of Texas System Board of Regents named her President Emerita in August 2019. 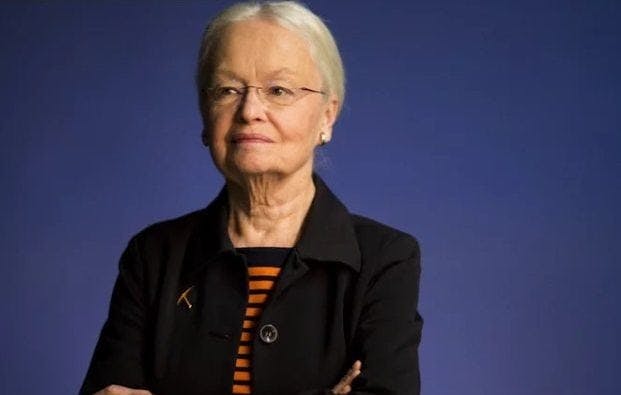 “Dr. Natalicio was an incredible human being who dedicated her life to UTEP and to the thousands of students whose lives she changed for the better,” said Oscar Leeser, the mayor of El Paso. “I will always be grateful for her friendship and her counsel. She made UTEP the tier one university it is today, and she made El Paso shine bright throughout the world. She will be greatly missed and always remembered.”

Natalicio is credited with growing the university’s enrollment from nearly 15,000 to more than 25,000 students. Additionally, the school’s annual budget increased from $65 million to nearly $450 million during her tenure and the number of doctoral programs increased from one to 22 during this same period.

During Natalicio's tenure, the university awarded more than 91,000 degrees and just months before her retirement, UTEP was designated an R1 research university, placing it among the top 5% of universities in the nation for research. She increased the Latino population by 16% in a decade.

UTEP President Dr. Heather Wilson who succeeded Natalicio in 2019, said that Natalicio defied critics who said it was impossible to increase access to higher education to everyone while offering a high-level educational experience.

"The Miner family has lost a great advocate and leader who devoted her life to making a difference in the lives of others," Wilson said. "Our hearts go out to all of those whose lives she touched. We mourn the loss of an inspirational leader, and celebrate her legacy of access and excellence that lives on.”

Natalicio served on numerous boards, including the Rockefeller Foundation and the National Science Board, and was honored with the Carnegie Corporation’s Academic Leadership Award, the TIME 100 list, Fortune Magazine’s Top 50 World Leaders and the Orden Mexicana del Aguila Azteca from the President of Mexico.

In 2019, the Hispanic Association of Colleges and Universities (HACU) inducted Natalicio into their Hall of Champions.

“I am a huge advocate of public higher education because, when I was growing up, there were no public universities in St. Louis,” Natalicio told Diverse in a 2019 profile announcing her retirement. “I began to understand how important access to higher education was for students like me who were the first in their family to go to college [or] from families with modest means.”