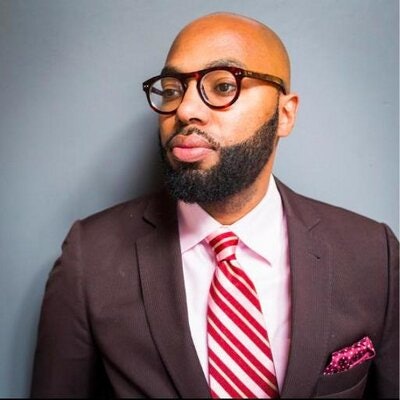 Emdin will hold the Robert A. Naslund Chair in Curriculum and Teaching as a tenured, full professor. The news arrives as Rossier has recently been hiring a sweep of top education scholars and practitioners from underrepresented groups.

Emdin will also be the inaugural director of youth engagement and community partnerships at the USC Race and Equity Center. At Rossier, he will lead the school's teacher education program.

“Chris understands culturally responsive education in a way that few educators really get,” said Dr. Pedro A. Noguera, the Emory Stoops and Joyce King Stoops Dean of USC Rossier. “And he knows how to make science compelling and meaningful to a broad range of kids when science illiteracy and climate change denial are some of the biggest threats facing our country. Having someone like Chris to lead our teacher education efforts is a big win for us and for education, both in LA and beyond.”

With joining USC, Emdin will leave his current role as associate professor of science education at Teachers College, Columbia University. One of his initiatives in New York City was Science Genius, a program that uses hip-hop music and culture to introduce public high school students in the city to science. Emdin has also authored several books, most recently Ratchetdemic: Reimagining Academic Success and STEM, STEAM, Make, Dream: Reimagining the Culture of Science, Technology, Engineering, and Mathematics.

Such work inspired the executive director of the USC Race and Equity Center, Dr. Shaun Harper, to invite Emdin to head youth engagement and community partnerships efforts there.

“No one on the planet is more perfectly poised than Chris to lead our Center’s work with young people and with diverse communities,” said Harper, who is the Clifford and Betty Allen Chair in Urban Leadership at USC and was on the search committee that hired Emdin. “He is the piece we have been missing since we relocated the Center to Los Angeles four years ago. Professor Emdin was absolutely worth the wait. Now, under his leadership, our critically important community work resumes.”

Harper also noted that Rossier has ten endowed chairs and distinguished professorships. Five of those are held by Black faculty members, including Emdin.

“With the Center, we have an opportunity to engage in critical conversations about race—not just advocating for it, but training folks on ways to do it and why this work is so important,” said Emdin. “I try to also be a scholar that honors the intellectual and street-level interaction with young people on the ground. At the Center, I get to go out into the community and help work with people to articulate what they need to achieve equity. It’s a beautiful chance to do the street work, heart work, and practical work.”

Emdin added that the cross-coastal move is an opportunity to build connections between California and New York as well as a nationwide movement in urban education. With California’s academic history of focusing on ethnic studies, Emdin also noted that his background in reality pedagogy as well as culturally relevant teaching can learn from and inform an ethnic studies approach.

“This is not about moving locations as much as expanding worldviews and possibilities for what urban education is,” said Emdin, who went on to refer to USC’s famous fight song. “In the USC scheme, the major refrain that always resonates is ‘Fight On,’ and that’s been the anchor for my entire career. So, I’m excited to bring a new focus to what it is we’re fighting for.”