The Pandemic’s Unequal Toll on Faculty

Dr. Leslie Gonzales, associate professor in the higher, adult, and lifelong learning unit at Michigan State UniversityWith the Omicron variant spreading rapidly and the fall semester now over, many faculty are reflecting on the ongoing, disparate impact of the pandemic on their careers while bracing themselves for what comes next. The pandemic already compounded inequalities for many women, particularly women of color, and nonbinary faculty in tenure-track roles. Several say they are stretched thin, again.

“I think everyone is just so exhausted,” said Dr. Leslie D. Gonzales, an associate professor in the higher, adult, and lifelong learning unit at Michigan State University in the College of Education. “I have been in academia since 2010, and I have never been more tired. I definitely am not alone. I know women of color especially have experienced loss after loss. And the university just keeps plugging along.”

Gonzales stressed that as COVID-19 disproportionately hit communities of color hardest beginning in March 2020, faculty of color are often more likely to know family members or friends who have passed away from the coronavirus.

“What happened in the first 18 months or so of the pandemic cannot be forgotten,” said Gonzales. “People are still coping with those losses.”

In addition, Gonzales highlighted the ongoing childcare challenges facing faculty who are caregivers, particularly women and nonbinary people. Gonzales has a teenage child who has been boosted, which she said lowers a stress she felt with Omicron. But for faculty who are parents of children under five years old who are not yet eligible to be vaccinated, no such relief has surfaced.

“I’ve watched many of my academic colleagues who are parents continue to struggle, especially those with children under five,” said Gonzales. “They are still working in really volatile daycare situations, which have been happening since March 2020. They are under perpetual strain. This speaks to the country’s need to recognize that a caregiving infrastructure is a must for working families.”

For years long before the pandemic, research already outlined how female faculty and faculty of color in tenure-track roles often do more mentoring and university service work than their white male colleagues. Yet this workload does not advance their careers given the tenure review process prioritizes research and publications over service, teaching, and mentoring labor.

“There is fairly strong recognition that universities need to be retaining and recruiting more diverse faculty, but then the pandemic hit, and a lot of universities treated that as a separate topic from diversity and equity work when it is not,” said Dr. Joya Misra, a professor of sociology and public policy at the University of Massachusetts Amherst. 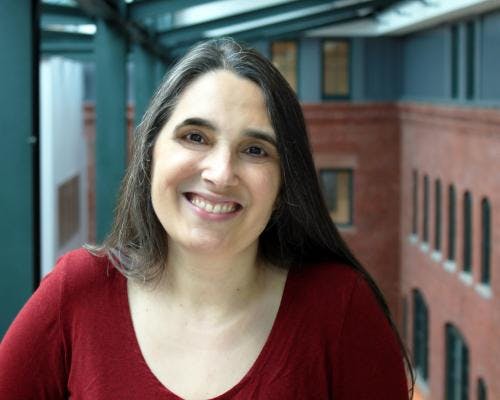 The pandemic only brought racial and gender inequities among tenure-track faculty to the fore, added Misra. In response, several universities automatically delayed tenure to give faculty members more time to bolster their portfolios. But some critics point out this delay, when gender and race neutral, could give another leg-up to white male faculty, who tend to have fewer caregiving and teaching responsibilities than female faculty and faculty of color. The criticism points to larger issues around how universities handle career advancement in the pandemic for tenure-track faculty in particular.

“I have been fairly focused on a fear that if universities don’t rethink how they are evaluating faculty given the changes in workload and the insanity of the pandemic, then universities can become significantly less diverse,” said Misra.

At her institution, Misra said she is appreciative that faculty could include pandemic work statements as part of their tenure evaluation process. These statements let faculty detail the context of their performance, such as how teaching and mentoring workloads may have changed in the pandemic. As the pandemic carries on, the question is if small shifts like tenure delays and work statements will go far enough.

Such challenges in the pandemic have led to lower morale across the board in higher education. Dr. Kevin McClure, an associate professor of higher education at the University of North Carolina at Wilmington, has reported on but not yet researched morale issues among higher education staff, faculty, and leaders. The stress on faculty in tenure-track positions has stood out to him.

“I think there is a concern that institutions won’t adjust expectations for faculty performance even though everything around us that influences the work has changed,” said McClure.

He noted as well that calls in several conservative-controlled states to outlaw teaching critical race theory (CRT) in classrooms has only heightened strains on some faculty members.

“As a consequence of where we’re at politically, there have also been continued attacks on higher education,” said McClure. “Those who teach issues related to social justice are now having to confront the possibility that what they are trained to do is illegal to teach. An additional heaviness comes with that.”

Barbara Anderson is a professor in the department of interior design and fashion studies at Kansas State University, a public university in a conservative-majority state that does not have a vaccine mandate, though there is a mask mandate for indoors. The demands on faculty who teach in person in her department, many of whom are young parents and women, have been difficult.

“I’m sitting here at my home office, and I have a post-it note on my desk that says, ‘Stress. Anger. Sadness. These are the bellwethers of burnout,’” said Anderson. “I keep this next to me to remind myself. Because I’m that safe person for faculty who work for me to talk to about how they’re feeling. I keep a pretty close eye on how it sounds like they’re doing.”

Anderson has also observed faculty becoming confused with how to best support their students and still evaluate their coursework fairly with sometimes burdensome classroom oversight from university administrators.

“My sense at my institution is that faculty used to be given a lot more independence and autonomy in making the final decisions about things,” said Anderson. “And now it sometimes feels like there are people literally looking over their shoulders. I’ve been an academic for more than 30 years. It feels like faculty used to be in the driver’s seat and now you have a co-pilot taking the controls.”

Gonzales added that students of color tend to more readily turn to faculty of color for support not only with the pandemic but with the heightened attention on police violence against communities of color during these past two years. Misra has also noticed many faculty around her age, particularly women of color, who are exhausted to the point where they speak of changing institutions or leaving higher education. The burnout problem is not new for female faculty of color, though the pandemic has raised more questions for some.

“I have been talking to so many people my age, and I’m 54, about how they want to retire in the next few years,” said Misra. “Throughout my roughly 30-year career, I’ve always been happiest when I’ve been in a department with other women of color. But in every department I’ve been in, women of color have not stayed. And there’s a reason for that: their work is devalued. And it’s frustrating to deal with discrimination. If the things that matter to you most are not even being considered for a promotion, then why stick with it?”

As for what universities can do, Gonzales added that the pandemic work statements, also called impact statements, that many institutions asked tenure-track faculty to provide, should be used more deliberately in tenure and promotion evaluations. For Gonzales, that means training committees in how to fairly make sense of the information such statements yield.

“If committees have guidance, I think the impact statements can be used in really developmental ways, such as recommending a person pursue a seed funding opportunity based on what is shared in their statement,” said Gonzales. “They can help faculty identify resources and strategies to grow. But I am concerned that if there’s no next step on how the committees can think about an impact statement, then it won’t be as helpful and equitable.”

Anderson added that there are steps university and department leaders can also take in their daily interactions with faculty as well as staff.

“There are some leaders who are reluctant to say to faculty and staff, tell me what’s worrying you, and I think that’s a mistake,” said Anderson. “I think sometimes they don’t want to be put in a position where now that I know, I have to do something. But you need to ask people to tell you when there is something heavy on their heart. You don’t always have to solve it.”

McClure pointed out that contingent faculty, or those who are not in tenured or tenure-track positions, and staff members should not be forgotten when assessing the pandemic’s disparate toll on the academic workforce. He has heard in interviews with staff in positions with high student contact and relatively low compensation, that the pressures of their job are mounting, so leaving higher education has become more appealing to many.

“You can’t be hardhearted and turn away from discussions about things hurting our faculty and staff or making them less interested in coming to work or less willing to go the extra mile,” said Anderson on her role as a department head for staff and faculty. “It isn’t easy. But if we aren’t paying attention to how people feel about work, then we’re going to have more burnout and more problems.”

Despite all the stresses, Misra said she holds onto hope after having researched gender and racial career inequities in academia for years. Part of that hope is she said that mental health has been less stigmatized among newer generations of faculty members. And that opens up conversations to make better, more equitable work environments.

What also brings her hope is specifically the interest she has received this year from her April 2021 paper on gendered and racialized perceptions of faculty workloads. The report used data from before the pandemic, yet Misra said several people reached out to her to understand its relevance today.

“I think there are possibilities,” said Misra. “I am pretty excited by how many people have talked to me about this paper, particularly how many deans and provosts have been interested. It’s a different moment. My first paper on these issues was published in 1999, and this 2021 paper got so much more play. I think people are seeing it. I don’t think they’re seeing all the things that they should be seeing like making smaller versus bigger adjustments in tenure evaluations. But gee, it’s pretty amazing. There is some hope.”

Gonzales, however, is a bit more ambivalent.

“The hope that I had in the beginning of the pandemic is waning,” she said. “We had a really short-lived pause in March 2020 when the pandemic started, and institutions could rethink what we need to do for faculty and staff to work with our students. I wish we had paused longer. Since then, faculty have just felt like they’re running on a treadmill and trying to figure out how to stay on the treadmill. But the treadmill hasn’t stopped.”