When the U.S. Senate wanted to learn how it could close racial disparities among COVID-19 patients, it called on one of the experts: Dr. Consuelo Wilkins, senior vice president and senior associate dean of health equity and a professor of medicine at Vanderbilt University Medical Center.

Having devoted her career to closing health care gaps, Wilkins explained how COVID-19 disparities stem partly from upstream factors that health care providers have no control over — factors such as crowded housing and the inability to work from home, which “are themselves the result of social inequalities produced by social systems reinforced through policy,” explained Wilkins, who has witnessed these inequalities firsthand. 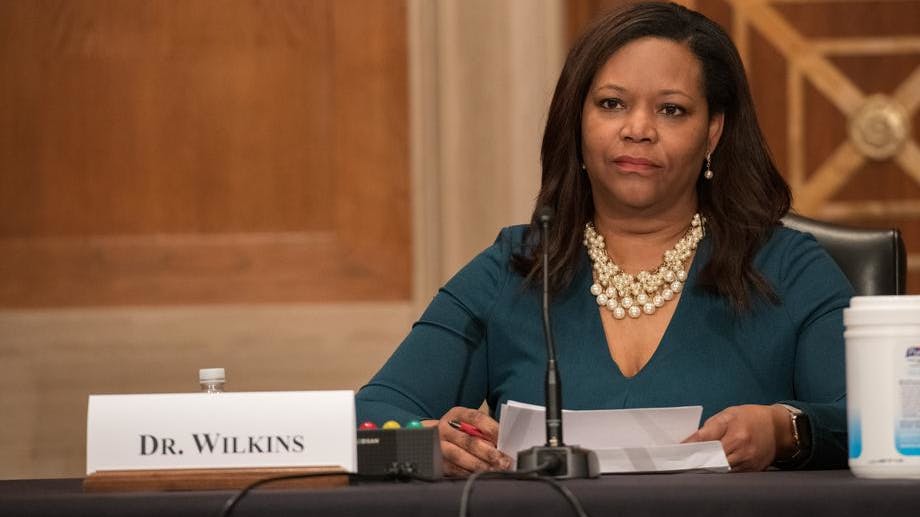 Dr. Consuelo Wilkins at the U.S. Senate's Committee Hearing, "Examining Our COVID-19 Response: Improving Health Equity and Outcomes by Addressing Health Disparities"Long before Wilkins ever stepped before the Senate, she was a young child in a small town on the Mississippi River Delta, where she says she grew up in a tight knit community of neighbors, many of whom were elderly and treated her like she was their own grandchild.

“I had lots of grandparents,” she says of her neighbors. “They were so caring and I just really enjoyed spending time with them.”

But, with only one nearby hospital — that would proceed to close after she graduated high school — and with nearly half of the people in her hometown living at or below the poverty level, Wilkins witnessed those she loved struggle with limited health care options.

“Over time I realized I really wanted to take care of people like those older adults that I grew up with in this small little town that only had one hospital,” she says. With that path in mind, she knew exactly where to go after high school: a historically Black college or university. Her mother and brother had graduated from one, her dad had attended one and “they were sources of pride that I heard a lot about,” she says. Noticing that many of the famous people she admired — such as the innovative surgeon Charles Drew — had attended Howard University in particular, she set her sights there.

Even with high expectations, Howard didn't disappoint. Wilkins says it was just the nurturing, eye-opening environment she needed to earn her bachelor’s in microbiology and then her medical degree from Howard’s College of Medicine.

At that point, she was mostly focused on practicing as a geriatric physician. It wasn’t until her residency at Duke University Medical Center that she began to envision a life in academia and research too. While at Duke, she began noticing a particular trend: Black women were coming in with hip fractures but were being sent home without bone density scans, or even calcium or vitamin D, she says. When she asked those above her for a reason, she was told that “Black women don’t get osteoporosis.”

Wilkins wasn’t satisfied with that answer. Although research has suggested that Black women are less likely than Asian and White women to have osteoporosis, Wilkins learned that, when Black women did suffer a fracture, they had a 50% higher mortality rate. 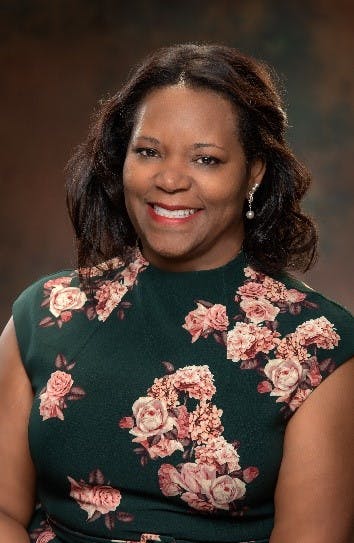 Dr. Consuelo Wilkins“That was a period of reckoning for me,” she says. “I was like, ‘Well, there’s not enough evidence for us to treat people appropriately.’ … That’s how I realized that I was probably never gonna leave academia. I just thought, ‘Something has to change in the way that we create evidence and how we think about data that might be excluding people.’”

Since then, Wilkins has built a reputation for implementing innovative and empathetic ways to include overlooked populations in research. She is principal investigator of three National Institute of Health (NIH)-funded centers: the Vanderbilt-Miami-Meharry Center of Excellence in Precision Medicine and Population Health, which focuses on decreasing disparities among African Americans and Latinos using precision medicine; the Vanderbilt Recruitment Innovation Center, which enhances recruitment and retention in clinical trials; and the Vanderbilt Institute for Clinical and Translational Research, Vanderbilt’s virtual home for clinical and translational research.

She’s been widely recognized for her work in engaging understudied populations in clinical trials, helping to lead the NIH’s ambitious “All of Us” research program, which is inviting one million people to build one of the most diverse health databases in history. As part of All of Us, Wilkins has helped build the Community Engagement Studio, which connects health researchers directly with patients to understand their priorities, values and needs.

“We value the lived experiences of people and consider them to be consultants,” says Wilkins. “They know more about their lives and experiences than anyone else and we want their input."

She says the studio pays close attention to details to eliminate any perception of power dynamics. For example, all research doctors remove their white coats and speak only for a certain amount of time when sitting at the table with the community members.

“People from marginalized and disadvantaged backgrounds are actually providing guidance to help leaders change the way they think about research,” she says. “We’re asking them to come help us solve a problem or expand on an idea. … We ask them for input on a project. And if they go down a different path than we imagined, we don’t try to reroute them. We just listen to what they have to say.”

While constantly thinking about health inequities has the potential to weigh down a person’s mental health, Wilkins says she finds strength in the people around her.

The work “can be heavy, especially when we look at how intractable these inequities have become,” she says. “But I will say that I get a lot of inspiration and some of what’s needed to continue by the amazing people that I get to work with.”