After six years as a postdoctoral fellow at Harvard Medical School, neuroscientist Dr. Lucas Martin Cheadle began his position as an assistant professor at Cold Spring Harbor Laboratory (CSHL) in 2020. Dr. Linda Van Aelst, professor at CSHL, describes Cheadle’s research as creative and original in nature and having the potential to lead to breakthroughs in treating human disease.

Cheadle’s research at CSHL focuses on understanding how immune cells communicate with neurons to promote brain development, and how impairments in communication between the nervous and immune systems give rise to neurodevelopmental disorders, such as autism and schizophrenia. Van Aelst says that Cheadle’s excellence is obvious, noting publication of five first-author studies in high-impact journals and awards, including from the National Science Foundation Graduate Research Fellowship. 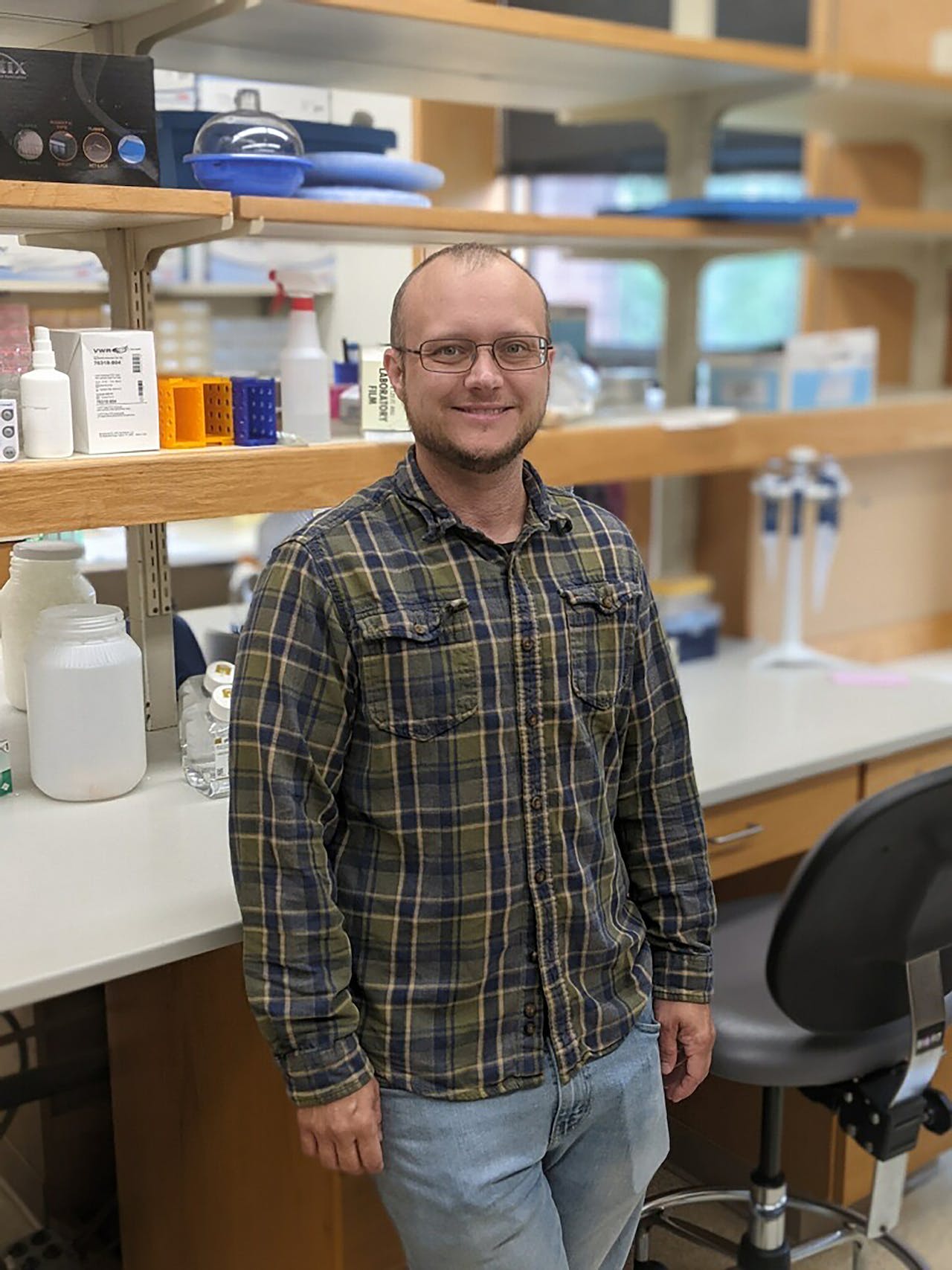 Cheadle appreciates the uniqueness of CSHL, as its relatively small size enables and fosters collaboration across scientific disciplines.

CSHL does not have an undergraduate program, but it is affiliated with nearby Stony Brook University. There is a graduate program on the CSHL campus and each year a dynamic group of graduate students engages in a well-rounded educational experience that includes diverse areas of science. Cheadle is now teaching — this year giving a lecture in a course on the development of the visual system — and he is excited to co-teach with other faculty going forward.

A member of Chickasaw Nation of Oklahoma, Cheadle grew up in rural Oklahoma and says he can trace his family back to the 17th century. “It shaped who I am,” he says. “My dad and my grandfather were probably my biggest motivations, in terms of wanting to achieve at a high level.”

CSHL offers youth programming, including a DNA learning center at which kids, some from disadvantaged backgrounds, learn the beginning stages of genetics and molecular biology.

“One of the things I would really love to do … is to create some type of liaison relationship between Chickasaw Nation and CSHL,” he says. “One of the ways we’re thinking about starting is taking some of the programs that the DNA learning center does and seeing if we can bridge them to Chickasaw Nation. In my mind, I would absolutely love to see an internship program where we could have talented senior high school students or first-year college students come and do research here during the summer.”

He hopes that in time his research will be able to identify pathways that can be therapeutically targeted in the hopes of treating or at least ameliorating some disorders that emerge.

“The brain continues to develop up until we’re in our 20s,” Cheadle says. “I’m really interested in understanding how our brains develop in response to different cues in our environment or different experiences that we have early in life. These are really important for shaping the ways that our brains function. One of those mechanisms that I’ve become interested in is the role of the immune system in postnatal brain development.

Greenberg says Cheadle, who is a transgender man, is committed to training future scientists with an emphasis on diversity and inclusion. As he pursues scientific discoveries, Cheadle is insistent that his lab has diversity, inclusion and belonging, noting it prominently on the home page of his lab’s website and being intentional in recruiting.

“Diverse teams do better science and are more productive,” Cheadle says. “If you’re trying to understand something incredibly complicated, like how the brain takes shape … you want to assemble a research team where each person brings in their own unique background and unique way of thinking. That’s the team that I want to foster as I’m trying to figure out complicated questions.”