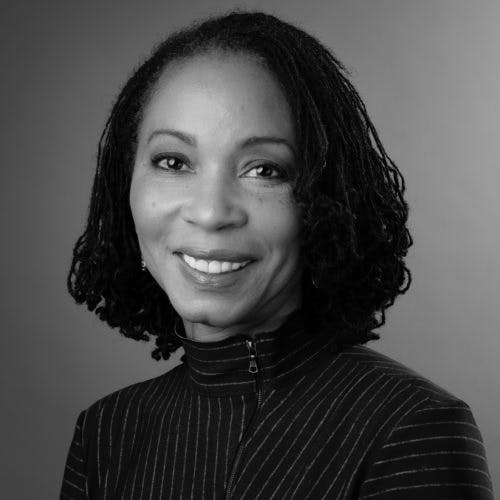 “I think this is a ‘wow’ hire,” said Dr. Marybeth Gasman, the Samuel DeWitt Proctor Endowed Chair in Education at Rutgers University and an expert on historically Black colleges and universities (HBCUs). “Spelman just knows how to do it. They know how to pick amazing leaders.”

On July 1, Gayle will start her presidency, succeeding Dr. Mary Schmidt Campbell, who will retire this year after leading Spelman since 2015.

“This is a moment where HBCUs are once again being recognized for the importance that they bring to every sector of this country,” said Gayle in a statement. “The idea of giving back to generations of students through cutting-edge academic programs and facilities, increasing college affordability, raising financial aid support and increasing the endowment, and developing new career pathways and opportunities is what invigorates and excites me about this new role.”

Gayle is currently president and CEO of The Chicago Community Trust, a foundation serving the Chicago region. The Trust’s assets grew under her leadership from about $2.8 billion to $4.7 billion with a focus on closing the racial and ethnic wealth gap.

Before The Chicago Community Trust, Gayle spent almost a decade as president and CEO of CARE, an international humanitarian organization tackling poverty, especially among women and girls. She also worked for 20 years at the Centers for Disease Control with a focus on HIV/AIDS, and she advanced global public health at the Bill and Melinda Gates Foundation.

Dr. Robert T. Palmer, an associate professor of educational leadership and department chair at Howard University, pointed out that although Gayle lacks higher education experience, her fundraising successes and longevity in leadership roles make her a promising pick.

“That’s really good to see,” said Palmer. “We know that one of the main goals of a president is to fundraise. We also know HBCUs have a history of recycling ineffective presidents. So, while she has never been the president of an HBCU or a college, the fact that she has led an organization for about ten years speaks volumes about her leadership style. These are good signs.”

Gasman agrees and pointed to Gayle’s work at CARE.

“When you’re the president and CEO of an international humanitarian organization, you have to know how to speak to multiple audiences, how to convey stories in meaningful ways, and how to talk to people frankly about why their support is important,” she added. “She has profound experience in that. Spelman is just going to get better and better and better.”

Spelman’s Presidential Search Committee reviewed about 300 nominees before deciding on Gayle, impressed by her financial stewardship and growth at complex institutions.

“And at her core, she is a humanitarian who has dedicated her life to others, specifically to women and girls,” said Kaye Foster, a Spelman Trustee. “We also want to work diligently on issues of access and affordability, making sure we continue removing constraints to allow women to attend this institution. So, the concepts of financial stewardship and increasing our endowment are critical in delivering on that Spelman promise.”

Gayle’s STEM background further made her a top choice. Spelman, which is home to about 2,100 students, is the country’s leading producer of Black women who receive doctorates in STEM areas. Recently, the college received a U.S. Department of Defense designation as a Center of Excellence for Minority Women in STEM.

With Gayle at the helm, Foster noted that Spelman aspires to build on that strength.

“As a longtime admirer of Dr. Gayle, I know what a dynamic leader she is, and the wisdom and grace she brings to everything she does,” said Dr. Beverly Daniel Tatum, president emerita of Spelman, in an email to Diverse. “I am thrilled to know that the legacy of presidential leadership carried on so well by President Mary Schmidt Campbell will continue in the capable hands of Dr. Helene Gayle. I wish her great success!”

Gayle holds a bachelor’s degree in psychology from Barnard College, a doctor of medicine from the University of Pennsylvania School of Medicine, and a master’s degree in public health from Johns Hopkins University School of Hygiene and Public Health. She is also a member of the National Academy of Medicine and the American Academy of Arts and Sciences.