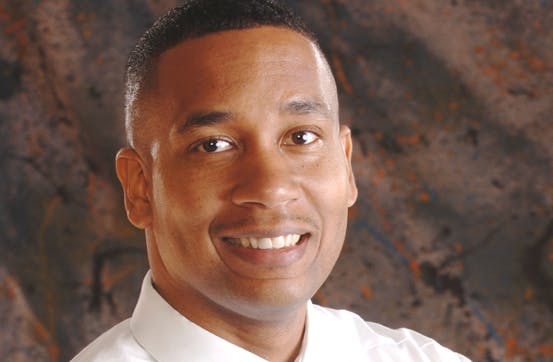 At selective colleges and universities across the United States, admissions officers decide the fate of students seeking higher education.

Historically, those decisions have been based on standardized test scores and high school academic performance. But that didn’t always yield the most diverse student body, so other attributes have been and continue to be considered, including race and ethnicity.

Despite efforts on the part of admissions officers to institute a fair evaluation process — increasingly with the use of technology and social media — the selection process has come under fire once again. This fall, the U.S. Supreme Court is scheduled to consider the case of Fisher vs.Texas, and the process of holistic review appears to be at the crux of the debate.

The University of Texas-Austin is one of the most selective public universities in the country. Abigail Fisher wasn’t admitted to the flagship Austin campus and sued the university in 2008, arguing that she was denied admission because of her race. Fisher, who is White, missed being admitted under the state’s Top 10 percent law, which would have granted her automatic admission to the university if she were in  the top 10 percent of her class. Nearly 90 percent of the entering class that year was admitted under this law, according to Jessica Givens, an author and college admissions strategist.

Fisher’s standardized test scores and grade-point average also failed to gain her automatic admittance. Another group of students were offered slots based on an holistic review process which may take into account the applicant’s race or ethnicity, socioeconomic background, life experience, desired major and a host of other attributes.

Givens, who founded the Houston-based All-In-One Academics, says that it’s an “open secret” in Texas that Austin is the most competitive campus and choosing the right major is a strategy to gain admittance. Givens says she counsels students to provide as much information as possible so that their application can be competitive with those of other students. In Texas, particularly, Givens says, race and/or ethnicity should be considered, because the United States has not reached full equality for people of color. With a large Hispanic/Latino population and many first-generation college students, “I don’t see how you can divorce applicants from their race,” she says.

In deciding Fisher vs. Texas, the Supreme Court will debate whether race-neutral admissions policies should be implemented at the university. In other words, the court will decide to what extent, if any, holistic review should include race and ethnicity as an attribute.

“It’s clear to me that the national trend is towards reducing or eliminating the consideration of race in admissions,” says Benjamin D. Reese Jr., president of the National Association of Diversity Officers in Higher Education.

“This is truly unfortunate given everything that recent research has shown us about the role of diverse perspectives and approaches in contributing to solving some of the most complex issues of our planet.”

Reese, who is vice president and chief diversity officer at Duke University, says any “thoughtful person” would want to have more variety among the individuals and perspectives within student bodies. “Any approach, labeled ‘holistic’ or otherwise, that is conscious of, and takes into account the widest range of experiences and backgrounds — including race — seems a no-brainer.”

What Reese calls a “no-brainer” is “particularly ugly” to Roger Clegg, president and general counsel for the Center for Equal Opportunity, who believes that race should not be a consideration in the admissions process.

“The unfortunate fact is that selective colleges and universities discriminate on the basis of race or ethnicity,” says Clegg, who has been with the organization since 1997. “In the case of Fisher, we hope that the Supreme Court will take the opportunity to stop racial and ethnic preferences in university admissions. We think that’s what the law requires.”

Diversity advocates say that race should be included as a factor in college admissions because standardized tests and grades are not the most accurate measure of a student’s ability.

Tahree Jackson, professor of education at the National Center for Urban Education at the University of the District of Columbia, is an interviewer for Harvard College, her alma mater, and argues that GPA and test scores are often impacted by racial and economic disparities. Jackson says interviewers are trained to look at the whole of an applicant’s experiences.

“It’s a way of admitting people based on a broad view, as opposed to a narrow view of a few criteria that they either do or don’t fulfill,” says Jackson, who is also a diversity consultant. “If you want to measure accumulated cultural capital and accumulated access to wealth then [standardized] tests give you exactly what you want to know. That’s just the bottom line.”

Increasingly, many institutions of higher learning are turning to technology like the iPad to bolster their holistic review and recruitment of top students. One university is even testing a mobile application that would send reminders to students via text message.

Many colleges and universities have moved all of their application processes online — and some have even implemented paperless review, which is the case with Clark University in Worcester, Mass., says Theresa Malone, director of admissions.

Douglas Christiansen, vice provost for enrollment and dean of admissions at highly-selective Vanderbilt University in Nashville, Tenn., has worked in the admissions arena for more than 20 years. In that time, says Christiansen, he has seen the changes that have come with technology and says any use of technology should be student-centered. According to Christiansen, Vanderbilt, which uses launch a PeopleSoft student management system this fall.

“Our philosophy of using technology is that it is only one leg of the stool in terms of how we communicate with students,” says Christiansen. “Instead of just pushing information, it is a more interactive way to develop relationships.”

Unburdening the Burden Of Proof

In 2003, when the Supreme Court ruled in Grutter vs. University of Michigan that colleges and universities could use race as a factor in college admissions decisions, but could not use a point system to boost minority enrollment, admissions counselors began to look at the whole student, in his or her varying background. Instead of simply examining test scores and GPAs, selective colleges and universities began to ask for more information: recommendations, essays and what might make a candidate a “good fit” at a particular college or university. In most cases, race and ethnicity were included as attributes in these processes. Even then, the use of race and ethnicity in college admissions was challenged in the 2003 ruling. Most experts, however, fully expected the core issue of racial consideration to resurface.

Dr. Juan Gilbert, IDEaS professor and chair of the division of Human-Centered Computing at Clemson University in South Carolina, says the court got it wrong.

It’s a capacity issue,” Gilbert says. “There are more qualified applicants than slots for applicants.”

Gilbert contends that the issue of qualified applicants versus available spots in an incoming class make the idea of holistic admissions more difficult and further the affirmative action debate.

Gilbert developed an algorithm in 2003 to aid college admissions counselors in the student selection process. The premise is simple, Gilbert says: the software holistically and scientifically measures applications based on an holistic review process to provide the most qualified pool of diverse applicants. The program, called Applications Quest, has been pilot tested at a number of universities across the country. Gilbert says the software eliminates human bias and preferences.

“In all studies, not only did we get holistically more diverse application recommendations at a fraction of the time [it took human committees], but we achieved the same academic achievement level.” Gilbert says.

He emphasizes that diversity in admissions does not have to be an either-or situation for institutions. “The myth is that if you’re going to do diversity, you will sacrifice quality. [We] disprove that, because we increased holistic diversity and maintained the same quality as the admissions office,” Gilbert says.