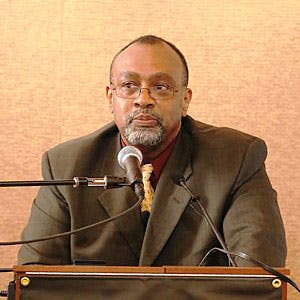 Dr. Glenn Loury is an economics professor at Brown University.

WASHINGTON – Irrespective of the outcome of the pending U.S. Supreme Court case on the use of race-conscious affirmative action in higher education, institutions should remain reflective about how to achieve diversity for the greater public good.

That was one of the major points made during a decidedly one-sided forum at the Brookings Institution titled “The Effects of Racial Preferences in Higher Education Student Outcomes.”

“Let us not allow the adversarial process in which a court proceeding is necessarily embedded to cause us to forget the unfinished business of dealing with the consequences of our racial history,” Loury said during a panel roundtable titled “Research, Preferences, Reform, and Fisher v. University of Texas.”

“When our most prestigious institutions, which are venues for globally significant affairs and are a window for society, are devoid of active and effective participation of people of color, Blacks and Latinos, that’s a bad thing for us, especially given our history,” Loury said.

Much of the forum focused on what research shows about whether affirmative action actually benefits the students it was meant to help.

In some cases, scholars suggested, affirmative action is hurtful, particularly if it puts minority students with weak academic credentials in competitive environments.

Loury said he accepted the idea that affirmative action may be having a harmful effect, but he said that doesn’t absolve universities from seeking to achieve diversity.

“If the empirical research shows, as it seems to me it is coming to show, that some of the negative consequences for minority students from racially explicit admissions policies are larger than many of the advocates of affirmative action thought them to be, that’s a very important finding and it ought to feed back into how universities conduct their affairs, or perhaps the way courts make judgments about the propriety of universities’ conduct,” Loury said. “But it doesn’t reach the question of what our goals should be in terms of the racial impact of what we’re doing in higher education.”

One of the more contentious items at the forum concerned the merits of academic “mismatch” and why the panels didn’t feature any scholars to counterbalance the panelists who espoused “mismatch theory.”

In short, according to one paper presented at the forum, the mismatch hypothesis is based on the assumption that instructors tend to teach to the middle and that, as a result, students who are too far below the average student may struggle to comprehend what’s going on in class and consequently not try as hard as they otherwise would.

Introducing “racial preferences,” then, will change classroom instruction, states the paper, titled “Does Affirmative Action Create Educational Mismatches in Law Schools,” by E. Douglass Williams, an economics professor at The University of The South.

Williams said his paper, unlike previous papers, looked at bar passage results as opposed to institutional production of lawyers and found that “there is in fact mismatch in law schools.”

“The magnitude of mismatches is very difficult to determine from this data set,” Williams said of the Bar Passage Study, which he used for his research. But various aspects of the data “appear capable of explaining the racial gap in bar passage rates,” he said.

“What’s really needed to further understand the importance of mismatch and the magnitude of mismatch is better data,” Williams said, adding that it would be helpful to know the names of law schools where students took the bar exam and what they scored.

Williams’ presentation drew sharp criticism from Richard Lempert, law professor at the University of Michigan, who attended the event.

“All of the papers today are one side of the debate,” Lempert lamented during a Q&A session. “People who have written papers that conflict with what you’ve heard far outnumber the ones you heard.”

UCLA law professor Richard Sander, a presiding speaker at the event, author of one of the papers presented, and the moderator of one of the panel discussions, defended the selected speakers as being “ideologically diverse” and “agnostic about affirmative action.”

On the other hand, Sander said of Lempert, “the studies that he champions are highly ideologically driven studies” and that “many of them are blatantly intellectually dishonest.”

“The reason we haven’t invited people from that camp to participate today is because we just feel they represent a very skewed and not intellectually sound methodology,” Sander said.

Sander also seized his time at the podium to promote copies of a forthcoming book he co-authored that is titled Mismatch: How Affirmative Action Hurts Students It’s Intended to Help, and Why Universities Won’t Admit It.

Panelist Richard Kahlenberg, senior fellow at The Century Foundation, said the upcoming Fisher v. University of Texas case may end the pattern in which affirmative action continues to survive.

If race is omitted from the admissions process, Kahlenberg said, it could lead universities to “look more broadly” at class dimensions.

He cited writings of Dr. Martin Luther King Jr., who called for a bill of rights for the disadvantaged of all races.

“Fifty years after King wrote this we may be headed in that direction,” Kahlenberg said. “Ironically, to get universities to care about socioeconomic diversity, it may be that a conservative Supreme Court curtailing the ability of universities to use race may bring about this vision of an affirmative action program that really reaches out and helps disadvantaged students of all races.”