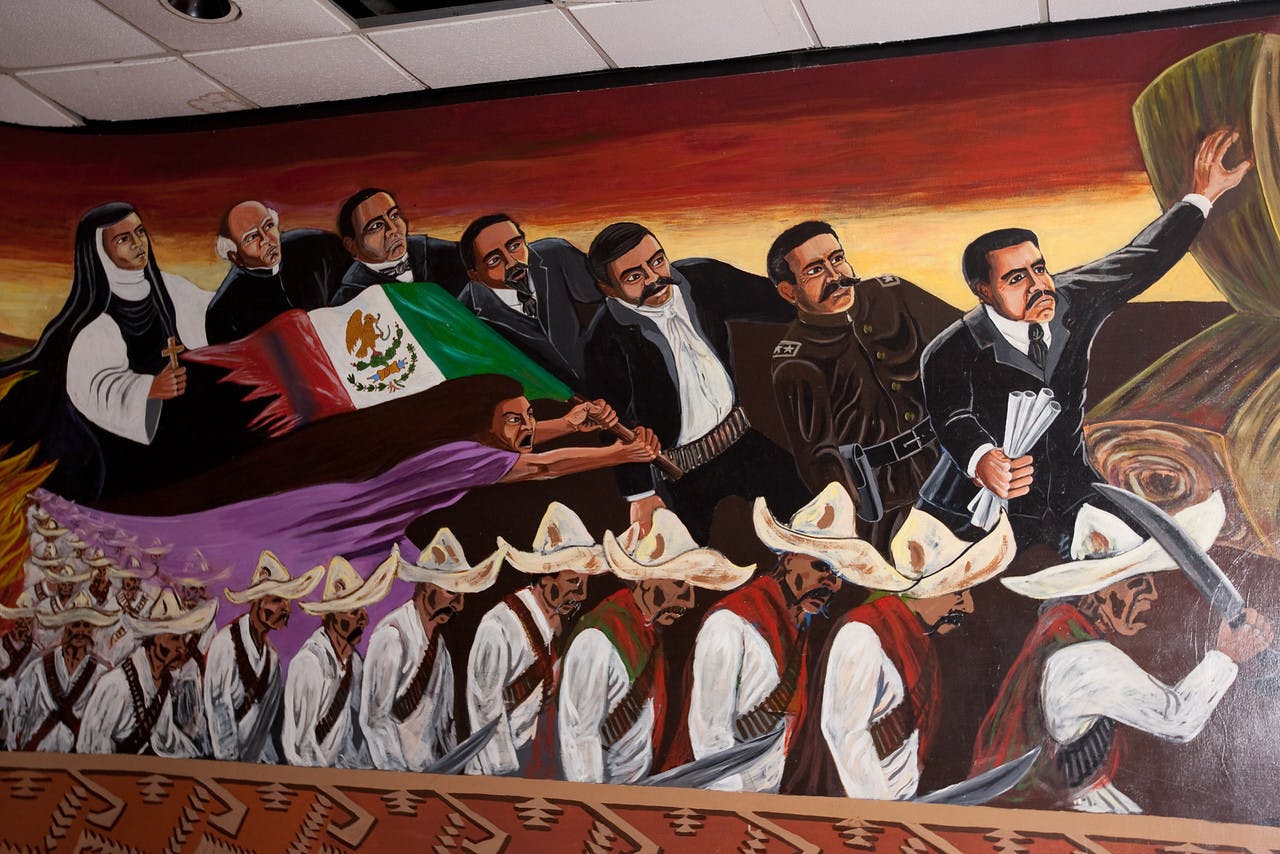 Born 40 years ago after a hard-fought battle between the University of Houston’s (UH) administration and the Mexican American Youth Organization in 1972, the Center for Mexican American Studies (CMAS) at UH has grown exponentially while carrying out the mission of its founders. “They wanted to see a center that had some strong connection to the community and actually was involved in trying to increase the educational level of the number of Mexican Americans that had a college degree,” said Dr. Tatcho Mindiola, director of CMAS since 1980 and an associate professor of sociology. “When I took over, that ideology was sort of in the air.”

In the 32 years since assuming his post, Mindiola has seen the center’s staff multiply from one part-time front-office attendant to half a dozen, its budget surge to over $2 million, a visiting scholars program take off, a graduate fellowship program attract top talent, and most importantly, the number of underserved students in college jump. When Mindiola started at the University of Houston in 1972, the Latino population at the school was about 2 percent, he estimates. Now, UH is classified as a Hispanic-serving institution because more than 25 percent of its full-time undergraduate population is Hispanic. Part of this boost is due in part to CMAS’ steadfast commitment to recruiting Latino students through its Academic Achievers Program and College Career Days.

“Through its scholarship program and its counseling and mentoring activities, CMAS focuses more specifically on the success of Hispanic students  —  many of whom are first generation in college — through activities that create and maintain a supportive environment. CMAS also actively engages in outreach activities that connect the university to the community, especially in its work with high school students,” said Dr. John Roberts, dean of the College of Liberal Arts and Social Sciences.

Started in 1986 as the Hispanic Family College Project, the Academic Achievers Program is germane to the center’s mission of producing more Mexican-American college grads as it works with students from a local high school and college freshmen to keep students on track. With a 72 percent graduation rate, the program brings a lot of attention to the center.

“I firmly believe that the key is the specialized attention that is given to every student in the program,” said Rebeca Treviño, the program’s director. “We make sure that we get to know our students well and that we can be of support to each one in any kind of problem or situation that they may have during their college life.”

Participants receive a $12,500-per-year scholarship, but must be enrolled full time and keep a grade point average of at least a 2.7. A mandatory study hall and tutoring is also part of the plan, along with study skills workshops and other required meetings. College Career Days — at which about 1,000 students from local high schools come to campus to learn about the importance of higher education, get trained on financial aid, and fill out an application — have also been key in attracting more Latino students to campus. “Having these services and also knowing that they have a support program that they can count on makes the difference for the majority of them,” said Treviño.

The need is so great, said Mindiola, that ethnic studies centers across the country need to make recruiting and retaining minority students a priority. “I think that centers of our type across the nation have to be involved in something that has to do with increasing the number of our folks at the undergraduate level,” he said. “It all starts with the students.”

A graduate fellowship program was the next step to rounding out the education of Latino students for the center. In 1996, the center started taking on master’s candidates. About 45 graduate students in all areas of study have come through, giving the center about an 80 percent graduation rate for advanced degree studies. Given a $13,000-per-year scholarship, the students must then in turn write their theses or dissertations on Mexican-American studies. About 40 percent of the graduate students have been hired by the university, said Mindiola, adding that this fellowship started partly as a tool to recruit faculty.

The shortage of faculty in Mexican-American studies needed to be addressed, Mindiola said, noting that this is one of the major issues the center has encountered in its attempts to grow. While CMAS offers students a minor in Mexican-American studies, it is currently trying to expand to a major, but that won’t be possible without beefing up its faculty ranks. Aligning the center’s hiring goals with that of other departments has limited its capacity to expand, said Mindiola.

“It gets to be very complicated, and in some instances, political, over the hiring process,” he said. For example, the music department was seeking a faculty member whose major focus was classical and  whose minor was Mexican-American folk; however, even when CMAS found a candidate that had just the opposite credentials, the hire was a no-go. “That’s another layer of bureaucracy that needs a lot of attention,” he said.  “It’s not only a question of racial and ethnic diversity, but it’s also a question of intellectual diversity.”

In the few instances where a top administrator has intervened and overwritten a department’s decision, CMAS has gained faculty, but to the decision-maker’s detriment. “We can be defined by a discipline,” said Mindiola, who hopes to address this issue more and more.

He also hopes to expand enough to give the center its own facility. Requests have been made, but Mindiola is not optimistic for now, as budget cuts remain the top issue in higher education, and specifically for ethnic studies programs. However, Mindiola credits the center’s recruitment and retention programs for attracting funds. “Because we do have a record of success, we have been able to raise several million dollars,” he said.

CMAS’ visiting scholars program, for instance, produced the first authoritative historical account of Mexican-American history in the Houston area, and a new book is set to come out in January on the educational experience of Mexican-Americans compared to Puerto Ricans in the United States by another visiting academic, Guadalupe San Miguel.

Whether it’s grooming Latino youth from local schools for college or providing a place for Mexican-American historians to conduct research, the center’s focus has always been about serving the community, said Mindiola.

“We have established programs over this 40-year period that address major issues in higher education at the undergraduate level, graduate level and at the faculty level,” he said.