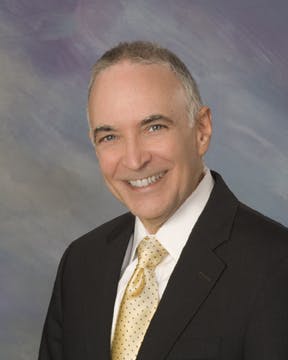 Washington — If you ask Julio Blanco, associate provost at CSU Bakersfield — what enabled his institution to boost Latino enrollment and graduation rates in STEM fields over the past few years, you get a plethora of answers: Federal grants; corporate support; aggressive recruiting.

The university’s School of Natural Sciences, Mathematics and Engineering (NSME) — where Blanco serves as dean — also revamped its course offerings, set up transfer and articulation agreements with Bakersfield College and launched a student center where students are encouraged to meet regularly with an academic advisor.

Subsequently, figures show, CSU Bakersfield has seen enrollment in its NSME program grow from 670 students in 2006 to 1039 currently. Of those students, 420, or 40 percent, are Latino, which represents an 88 percent increase in Latino enrollment.

Blanco is reluctant to say his institution alone deserves credit for those results.

“This is something that is a combined effort,” Blanco said. “It’s not about one program or one person or one action, but it’s a combination of many programs, many actions and all working together to make it happen. That collaboration is the key to success.”

Blanco made those comments during an interview with Diverse at the 7th annual Celebración de Excelencia, an awards ceremony put on by Excelencia in Education, a D.C.-based policy and research organization that focuses on Latinos in higher education.

The organization selected the NSME program at CSU as the 2012 Example of Excelencia at the baccalaureate level. DirectConnect — a transfer initiative set up by Valencia College — was selected at the associate level. The Master of Business Administration Program at The University of Texas at El Paso was selected at the graduate level.

Diverse is a sponsor of the event, which is meant to recognize institutions of higher learning that do a demonstrably outstanding job of increasing academic opportunities and improving achievement for Latino students.

The awardees were each given $5,000 to help build upon their work.

This year’s celebration — held at the U.S. Capitol Visitor Center — helped kick off Excelencia’s annual Accelerating Latino Student Success (ALASS) Workshop, which included a panel discussion that featured representatives of the institutions selected as the 2012 Examples of Excelencia.

To highlight the work of the three awardees, along with 16 finalists selected from among the 159 programs nominated for the award, Excelencia released a compendium of the programs titled “What Works for Latino Students in Higher Education.”

Sarita Brown, president of Excelencia in Education, and Deborah Santiago, vice president for policy and research at the organization, both said the hope behind the recognition is to shine light on what works, replicate it and bring it to scale.

“We can throw really powerful data at you,” Santiago said. “But what you’ll hear from students and colleagues is it takes so much more.”

The awards ceremony — which featured a federal lawmaker, an Obama administration official and a college president as speakers — drew a near-capacity crowd to the Congressional Auditorium at the U.S. Capitol Visitor Center.

U.S. Rep. Charles Gonzalez, D-Texas, said it was important to recognize the institutions that were boosting Latino educational attainment because less money is being spent on education at a time when the country — largely due to growth in the Latino population — is becoming a “majority-minority” country.

Gonzalez said Congress “can do all sorts of things for you, but because of austerity, hard economic times, something is happening where even if we (Latinos) reach the numbers where we think we can make a difference … the resources are being diminished.”

Elsa Núñez, president of Eastern Connecticut State University, said that the largest achievement gap in the nation between low-income minority students and more affluent White students is in the state where she presides over an accolade-winning university.

Speaking about an initiative she launched to help tackle the problem by having students from troubled backgrounds live on campus while they attend a nearby community college, she criticized the fact that students are often admitted to college based on how good they look on paper.

“It’s very hard in a paper review to identify potential, and that’s the problem,” Núñez said. “How can you get As in high school if you don’t have anything to eat at night or your uncle is raping you or you hear gunshots at night?”

Marco Davis, acting director of the White House Initiative on Educational Excellence for Hispanics, said the institutions recognized at the ceremony have shown the “same relentless focus on success and results” that has been called for by President Obama and U.S. Secretary of Education Arne Duncan.