No Lack of Chemistry on MIT Reality Show 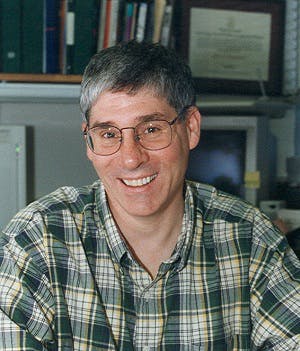 John Essigman is the chemistry professor and producer of the reality series.

A reality show about a college course — a chemistry class no less?

That’s what “ChemLab Boot Camp” is. The 14-part series of short videos is being released one episode at a time on the online learning site of the Massachusetts Institute of Technology.

The novel show follows a diverse group of 14 freshmen as they struggle to master the laboratory techniques of chemistry and allied fields during an intense three-week course that MIT has offered for years. Just like on the “Survivor” TV series, they undergo a competitive challenge with a free meal dangled as the winner’s reward, but the real prize — beyond the equivalent of three semester hours — is a job in a campus research lab.

“We wanted to show pre-college students how exciting and useful chemistry is,” explained Dr. John Essigmann, a chemistry professor and executive producer of the series. “And, very practically, we wanted to show how the students get the skills that it takes to get a real job.”

“ChemLab Boot Camp” blends educational purposes and entertainment values with rocking background songs, close-up shots of faces and individual students sharing their thoughts and feelings. One student even raps a bit. George Zaidan, the producer and director, describes the series as “enter-teachment.”

“We weren’t thinking a reality show like ‘Jersey Shore,’ that kind of reality show. We were just thinking: What is it really like being a freshman at MIT, taking a very intense laboratory course for the first time?” said Zaidan, a freelance producer and 2008 MIT graduate.

Unlike standard TV fare, Zaidan said, the content has not been manipulated and no casting has been done to maximize drama. The 14 students who applied for the course — eight Asian, four White and two African-American — were accepted and appear in the videos.

As students fail, try again and then succeed at conducting seven experiments, “We have a little bit of drama in our show, definitely not nearly as much as Snooki would generate if she were in the lab,” Zaidan said, referring to the “Jersey Shore” star.

The reality show has an underlying goal of attracting more minority students and women into chemistry, chemical engineering and materials science.

“We want to make sure that industry has a diverse workforce that is reflective of the needs of society in the allied chemical disciplines,” Essigmann said.

Anthony Thomas, an African-American student from Atlanta, figures in a mini-drama in the third episode. The students are doing an extraction, separating a sample from a solvent using a rotary evaporator, a “roto-vap” machine in lab talk.

“What happens is he starts roto-vapping, and it’s taking forever and it’s not working, and he’s getting really disheartened,” recalled Essigmann. “Everybody else in the lab is sort of done and weighing their final product.”

Thomas finds out the machine is broken when, heeding the advice of a graduate teaching assistant, he switches to another one and extracts his sample. It doesn’t look right, though; it isn’t as white as everyone else’s. He assumes he has blown the experiment.

The TA counsels Thomas that he can’t judge a compound by its color, he has to run a nuclear magnetic resonance with another kind of machine that identifies molecules. He does, and the results show his off-color sample is on target.

“That was the most memorable day because it was really easy for me to get down because it wasn’t working,” Thomas said. “But I just had to keep at it, and it was going to work.”

“You can’t judge by appearances. You have to do tests to figure it out. You don’t jump to conclusions,” explains Zaidan, whom Essigmann said was one of MIT’s best chemistry students ever. “You don’t think you’ve failed before you really carry something through to its conclusion.”

Other important lessons come from actual failure, the one-word title of the next episode.

“We’re doing experiments. Failure is an option, and it’s very frequent,” Essigmann said. “But it’s how you learn from failure — regroup and restructure your experiment and then move ahead. That input usually involves a lot of people working together, and then you find success.”

As the then-associate head of MIT’s Chemistry Department, Essigmann selected Dr. John Dolhun, a chemistry professor who specializes in lab courses, and two experienced TAs to guide the freshmen through the seven experiments. The experiments include, Essigmann said, “how do you separate molecules, how do you do a chemical reaction, how do [you] characterize the products of the reaction, how do you make something useful, like a penicillin derivative, and test it in a biological assay.”

The $500,000 to fund the reality show and two other educational video projects came out of a $2 million grant from Dow Chemical Corp. The first of 14 episodes was posted on the MIT OpenCourseWare site Sept. 18, with the rest scheduled to be released weekly. The entire lab course also appears on the MIT site.

Most episodes run about five minutes. Besides footage from a camera crew, snippets are culled from video dairies kept by students, each of whom received a video mini-cam to record his or her thoughts and feelings.

The reality show was shot during January course, when the 14 freshmen spent all day in the lab. It was their only academic activity for three and a half weeks.

Essigmann credits Zaidan with having the idea of a reality show to promote science.

“Did he say it was my idea? I was going to say it was his idea, actually. That’s what I guess a good collaboration is,” Zaidan responds.

The format was chosen in large measure to attract into chemistry members of a younger generation who watch reality shows on TV. “We’ll watch to see how it plays out, whether or not it hits the nerve that we had hoped to hit,” Essigmann said.

The introductory lab course has played out with the 14 students passing, making them eligible for lab jobs last spring semester, for either pay or academic credit. They are all now sophomores at MIT.

“The biggest thing I got out of it is how to really work in a chemistry lab,” Thomas said. “It made me realize that I really do love chemistry, but I want to not necessarily be on the theoretical side of it. I really want to take the principles that are developed in the chemistry lab and apply them to something else to develop something or create something for the general population.”

In the reality show, Thomas declares his major as chemistry. At the end of his freshman year, he switched to the allied field of materials science, which produces the kind of practical applications he prefers.

Two episodes track the then-freshmen as they form alliances and compete in pairs to be the first to grow a crystal. The winner is promised a reward of free lunch at a famed seafood restaurant with Dolhun and the TAs, and is allowed to bring one classmate, just like on “Survivor.”

A mild dispute erupts because after a winner is declared, another student who hadn’t been checking his sample soon discovers his crystal, a bigger one. When reminded his own tardiness is to blame, he concedes.

The seafood lunch doesn’t happen, though. It’s dinner, at a Chinese restaurant. The instructor, teaching assistants, winner and her chosen classmate are there. But so too are all the other students. Everyone shares the meal, unlike in the “reality” of TV.