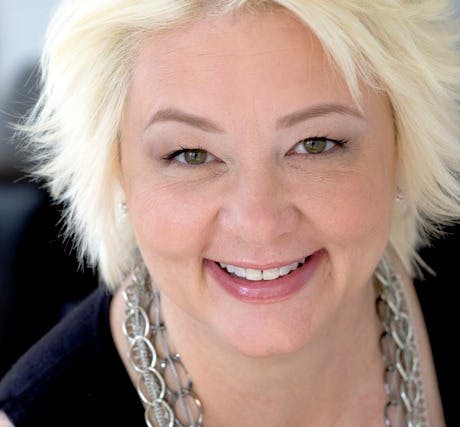 A research grant from the Ford Foundation funds the launch of JustPublics@365, a project designed to empower academics with the social media skills to increase their impact on social justice issues.

“People today who are concerned about social justice are really at a loss if they’re not using social media,” said Dr. Jessie Daniels, professor at the CUNY School of Public Health and Hunter College and one of the project leaders for JustPublics@365 (http://justpublics365.commons.gc.cuny.edu/). “What the Ford Foundation was interested in was connecting the very good research happening at the Graduate Center with social justice movements and social justice advocacy.

“The project is really intended to transform the way scholars/academics think about their work and use that work in a way that really engages with social justice work going on in the world.”

Based at the Graduate Center at City University of New York (The GC), JustPublics@365 will create avenues for academics that research, write and teach about issues related to social justice to become more familiar with social media platforms. With those skills they can promote their work to a wider audience, increase attention to the issues and hopefully bring about change.

JustPublics@365, which is named for The GC’s address, has plans to address issues of inequality in the areas of economics, housing, race and ethnicity, immigration, health and education.

The project, which will have full- and part-time staff totaling seven, will be housed in The GC Digital Scholarship Lab. For events and programs, it will have access to other spaces at The GC, including the James Gallery and Proshansky Auditorium.

Daniels said most faculty are not trained in the use of social and digital media, so JustPublics@365 will offer training.

“We’re also trying to push people in the academy to think differently about the kinds of products that they create,” said Daniels, who was recently named by Forbes as one of “20 Inspiring Women to Follow on Twitter.” “Typically, academics are all about journal articles, books and monographs, [which have very limited readership]. They’re not so much thinking about podcasts or short videos that maybe a couple thousand people could see.”

Starting in January, JustPublics@365 will have MediaCamp sessions produced in collaboration with the CUNY Graduate School of Journalism. These are skills building workshops such as Framing Research for Public Audiences, Big Media for Academics, Social Media for Academics and Beyond Bullet Points for Academics.

“Really thinking in a different way about how to talk about our research to a wider public than just the people that are in our subfield,” said Daniels. “Social Media for Academics will get people started using things like Twitter and blogging to talk about their research.”

“We live in this media-saturated environment,” she added. “We have this 24-hour news cycle. Sometimes the unintended result of that is a kind of shallow discourse about social issues. What we’re really hoping to do is inform the dialogue about social justice issues and make that dialogue more nuanced and more informed by the research that’s happening.”

On March 2, 2013, JustPublics@365 will host its first large-scale event, the Theorizing the Web 2013 conference. The call for papers went out this week. The deadline for abstracts is Jan. 6. Theorizing the Web has previously been held at the University of Maryland at College Park.

“It’s one of the few academic conferences I’ve ever attended that really takes social media seriously and includes it in the planning for the conference,” said Daniels.

As JustPublics@365 evolves the project will hopefully bring people together who don’t necessarily communicate on a regular basis—academics, activists and media—and create sustained dialogue and collaboration. They will discuss how to measure scholarly impact utilizing altmetrics and even push it further by investigating how the mention of an article on Twitter then affects social justice.

Daniels said she utilizes Twitter in several ways. One is to connect with other academics in her field that live in other regions of the country and the world whom she’d previously only had brief interactions with at academic conferences. As an activist, Twitter helps shed light on issues of racism.

“Partly, I see it as a way to point out those things that are still going on,” she said. “Also, to point the way to people who are making really innovative use of technology to resist racism and sexism and to think about inequality in new ways.”