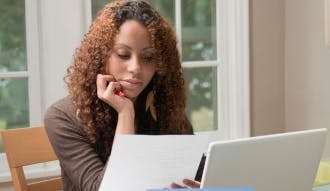 Students have been telling the MOOC developers they want credit opportunities. Now, the MOOCs are trying to figure out the most effective way to make that happen.

In 15 years of teaching, University of Pennsylvania classicist Peter Struck has guided perhaps a few hundred students annually in his classes on Greek and Roman mythology through the works of Homer, Sophocles, Aeschylus and others — “the oldest strands of our cultural DNA.”

But if you gathered all of those tuition-paying, in-person students together, the group would pale in size compared with the 54,000 from around the world who, this fall alone, are taking his class online for free — a “Massive Open Online Course,” or MOOC, offered through a company called Coursera.

Reaching that broader audience of eager learners — seeing students in Brazil and Thailand wrestle online with texts dating back millennia — is thrilling. But Struck’s not prepared to say they’re getting the same educational experience.

“Where you have a back-and-forth, interrogating each other’s ideas, finding shades of gray in each other’s ideas, I don’t know how much of that you can do in a MOOC,” he said. “I can measure some things students are getting out of this course, but it’s nowhere near what I can do even when I teach 300 here at Penn.”

A year ago, hardly anybody knew the term MOOC. But the Internet-based courses offered by elite universities through Coursera, by a consortium led by Harvard and MIT called edX, and by others, are proving wildly popular, with some classes attracting hundreds of thousands of students. In a field known for glacial change, MOOCs have landed like a meteorite in higher education, and universities are racing for a piece of the action.

The question now is what the MOOCs will ultimately achieve. Will they simply expand access to good instruction (no small thing)? Or will they truly transform higher education, at last shaking up an enterprise that’s seemed incapable of improving productivity, thus dooming itself to ever-rising prices?

Much of the answer depends on the concept at the center of a string of recent MOOC announcements: course credit.

Credit’s the coin of the realm in higher education, the difference between knowing something and the world recognizing that you do. Without it, students will get a little bit smarter. With it, they’ll get smarter and enjoy faster and cheaper routes to degrees and the careers that follow.

Students are telling the MOOC developers they want credit opportunities, and with a push from funders like the Bill and Melinda Gates Foundation, the MOOCs are trying to figure out how to get it to them.

“Initially, I said it’d be three years” before MOOCs began confronting the credit issue, said MIT’s Anant Agarwal, president of edX, which launched only last May and has 420,000 students signed up this fall (Coursera is approaching 2 million). “It’s been months.”

But making MOOC courses credit-worthy brings challenges much harder than producing even the best online lectures, from entering a state-by-state regulatory thicket to assessment. How do you grade 100,000 essays? How do you make sure students in a coffee shop in Kazakhstan aren’t cheating on quizzes?

Last Tuesday, Coursera, which offers classes from 34 universities, announced that the American Council on Education would begin evaluating a handful of Coursera courses and could recommend that other universities accept them for credit (individual colleges ultimately decide what credits to accept). Antioch University, Excelsior College and the University of Texas system are already planning to award credit for some MOOCs.

Two days later, Duke, Northwestern, Vanderbilt and seven other prominent universities announced a consortium called Semester Online offering students at those institutions — and eventually others, though details aren’t yet clear — access to new online courses for credit. These won’t be giant classes, but the announcement is important because top colleges, generally stingy about accepting outside credit, are signaling they agree the technology can now replicate at least substantially some of the high-priced learning experience that takes place on campus.

The latest announcement was expected to come Monday, and appears smaller but is potentially important: a first-of-its-kind partnership between edX, the MIT-Harvard consortium, and two Massachusetts community colleges. EdX’s popular introductory computer science course from MIT will provide the backbone of a class at the community college — a key gateway to degree programs with supplemental teaching and help from community college faculty on the ground.

This is where the rubber meets the road for transforming higher education. Community colleges are beset by wait lists (400,000 in California alone) and bottlenecks in important introductory courses, as well as low success rates. If scaled-up MIT-quality teaching can help solve those problems, MOOCS could be truly revolutionary. Massachusetts Bay Community College President John O’Donnell calls edX an invention comparable to Gutenberg’s printing press.

Online classes have been around for going on two decades, so what’s the big deal about MOOCs? Scale.

So far, online courses have offered convenience, but they generally haven’t scaled up any more easily than traditional ones; somebody still has to grade the papers and answer students’ questions. One study found 93 percent of institutions charge the same or more for online courses as for in-person ones. No solving the college cost crisis there.

Molly Broad, president of the American Council on Education, refers to the “iron triangle” of higher education: cost, access and quality. The assumption has always been it’s a zero-sum game — you can improve any one of those only at the expense of the others. There’s also the famous analogy of Princeton economists William Baumol and William Bowen from the 1960s: that college teaching is akin to a string quartet. No matter how technology improves, a string quartet simply can’t be performed (well) by fewer people than in Beethoven’s day. So the relative cost of college (and musical performance) will always rise, relative to other things where efficiency does improve.

If MOOCs solve the scale problem, they could up-end those paradigms. But it isn’t easy.

EdX’s Agarwal even said his group is exploring a kind of rubric of “self-assessment.” Asked if he had faith that, particularly in a course aspiring to credit-worthiness, students could really grade their own essays, he replied: “Faith? Yes. Certainty? No.”

Cheating’s another problem that suddenly matters with credit at stake. EdX is working with a testing company to arrange for proctored exams in centers around the world. Coursera says it will be easier for far-away students to let them wave an ID card and take a test in front of a webcam, proctored from afar. MOOCs won’t offer those things for free. But they could cost much less than, well, the full string quartet.

Broad, of ACE, said MOOCs are promising, but her group will send faculty out to “kick the tires” and research whether online courses enrolling 150,000 can really be credit-worthy. They’ll talk to both students who complete and those who drop out (at edX, 80 to 95 percent who sign up don’t finish the work).

A likely outcome is more blended models like the Massachusetts experiment, where MOOCs provide the backbone and resources local institutions can’t offer, but local institutions still handle the one-on-one and award the credit. Such models could be “the best of both worlds,” said Coursera co-founder Daphne Koller. Versions are already in places as varied as San Jose State and the National University of Mongolia.

Struck, the Penn classicist, agrees courses like his are likely to work best partnering with local institutions much closer to the students, at least when it comes to credit. Intro-level science classes are one thing, but it’s just not feasible at a scale of 54,000 for a class like his.

Higher education involves both transmitting information and “experiential learning that changes a person,” he said. For the latter, at least in his subject, the technology’s not yet there.

“These characters of Greek and Roman myth are just full of gray, wonderfully instructive, fundamental grays that make us re-examine our own humanity,” he said. “I don’t know how much of that I can do with the MOOC.”