Post-Elections, There is Work to do on Higher Education Front 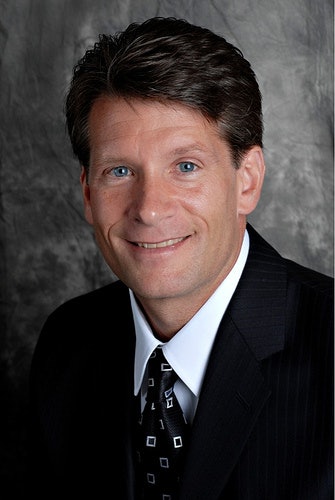 Daniel J. Hurley is director of state relations and policy analysis at AASCU.

That is one of several insights gleaned from a new policy paper that seeks to assess what impact the re-election of President Barack Obama — and the election of other candidates nationwide — will have on higher education from a fiscal and policy standpoint at both the state and federal level.

“In some instances, the ramifications will be overt, such as ballot measures that will earmark state revenues for higher education, grant more affordable tuition rates for undocumented students and provide state funding for campus facility construction,” states the paper, titled Higher Education and the 2012 Elections and issued by the American Association of State Colleges and Universities, or AASCU.

“In other cases,” the brief states, “the election’s consequences on public colleges and universities will be less clear at the outset, with new and returning officeholders in federal and state government espousing policy and spending priorities that will shape the American higher education landscape over the next several years.”

The brief includes a chart that shows both the pre- and post-election “balance of power” by the numbers along partisan lines.

It also tackles a variety of issues that emanate from the 2012 elections and the current political climate, from the historically high legislature turnover that takes “institutional memory” to a new low, to a projected $5 billion funding shortfall for the Pell Grant program in fiscal 2014 that is only expected to worsen in the years that follow.

“Given the atmosphere of fiscal constraint that currently prevails in Washington, it will be difficult to secure funds to overcome the shortfall,” the brief states. “Discussions of program reform have begun, and calls for implementing cost-reducing policy reforms in the program will grow louder in the months ahead.”

The Obama administration is expected to build upon its efforts to make the United States the most college-educated nation in the world, as well as higher education initiatives it launched during its first term, the paper maintains.

“Any new proposals or iterations of previously announced initiatives are likely to remain focused on producing more graduates,” the brief states. “Thus far, sub-themes of the administration’s higher education policy agenda have centered on college affordability; academic quality and value; and improving college access and the likelihood of completion for students from low-income backgrounds.”

In the second term, the administration is also likely to press for colleges and universities to reduce the rate of tuition growth by half in the next five years, the paper states. It is also expected to take another shot at trying to craft and impose “gainful employment” regulations that would hold institutions more accountable for preparing students for work that enables them to pay off their student loans. Most of the original gainful employment regulations the administration sought to impose during its first term were struck down in federal court.

Though aimed at the for-profit sector, the regulations created a “burden” for other colleges and universities as well, the paper states.

Despite the challenges that loom during President Obama’s second term, the situation is not all doom and gloom.

To bolster his point, Hurley noted three examples of ballot initiatives that helped higher education at the state level. All three examples are mentioned in the brief. They include:

Paul E. Lingenfelter, president of the State Higher Education Executive Officers, said he was heartened by the outcome of the 2012 Elections at both the state and federal levels but still concerned about the fiscal challenges that remain.

“If the argument was simply about cutting spending or spending wisely, I think the election indicated that people are prepared to spend wisely,” Lingenfelter said.

However, he said, favorable ballot initiatives are not likely to be repeated anytime soon in states that passed such initiatives in 2012.

“I think the receptivity of voters to approve those kinds of measures has been built up over many years of problems in providing adequate support for higher education in the context of static revenues and other demands on public resources,” Lingenfelter said. “I don’t think you can assume that you would pass another ballot initiative of similar scope in any of those states.”