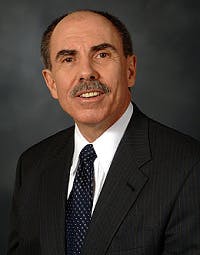 The key to America’s future economic success relies heavily on closing the educational gap between traditionally disadvantaged, minority students and thriving White students, according to The Alliance for Excellent Education’s new report, released on Monday. With the U.S demographic swiftly shifting into a nation largely made up of citizens of color, the need to educate and prepare minority students has become extremely apparent in order to rebuild a strong, competitive economy.

Since 1990, the amount of minority students in majority White states made up a mere 29 percent. As of 2010, that amount has increased to well over 40 percent. Yet, even with the influx of minority students within public school classrooms, graduation rates and benchmarks of college readiness still remain lower for students of color in comparison to their White peers.

The Alliance report revealed findings where 31 percent of White citizens, aged 25 or older, graduated with a bachelor’s degree while only 20 percent of Blacks and 14 percent of Hispanics in the correlating age range held a college degree. Interestingly, the glaring gap between educational achievements resonated over to the unemployment gap among these differing ethnic groups. In March 2012, the unemployment rate for Blacks was 14 percent, 10.3 percent for Hispanics, and only 7.3 percent for their White counterparts. Alliance indicates these disparities as concerning, considering the stark reality, which doesn’t allow for minorities to participate fully in the nation’s society and economy.

“The country’s strategy must shift to eliminating achievement gaps that hold students of color back from achieving their full potential as wage earners,” Alliance President Bob Wise commented in response to this unfortunate circumstance.

Wise illustrated the tremendous potential of a mounting economy that could emanate from investing into a growing number of educated students. In a study conducted based on the class of 2011, research reveals that, if 90 percent of the class of 2011 were adequately prepared and graduated high school, 750,000 additional graduates would have been able to contribute to the workforce. Of those additional graduates, more than $9 billion would arise in their annual earnings and 470,000 new jobs would be created for that emerging, competent cohort of workers.

Not only has the educational gap had a distinct effect on employment rates and job creation, but also low-achieving students of color have also been poor consumers and, thus, have contributed less to the economy. Since our economy, coined as the information age, shows strong parallels between education levels and salary rates, it becomes no surprise that citizens without a college or even a high school degree have salary caps that are drastically lower than a college graduates’. As a result, those minorities with lower salaries found it difficult to participate in the economy after accommodating their basic needs.

For example, the average earnings for high school graduates peaked at about $28,000 while the average earnings for those holding a bachelor’s degree is approximately $52,000. Intrinsically, supporting a family with groceries, clothing and shelter on a salary less than $30,000 undoubtedly presents far more adversity for those individuals supporting a family with more than $50,000 of income.

Bob Jones, president and founder of Education & Workforce Policy, identified this economic crisis among minorities as the consequence of a lacking educational system that is not congruent with the standards of the workforce. According to Jones, the educational system would be most effective if it were structured in the context of a performance-based system under the expectations that all students should leave as “college-ready” and, ultimately, “work-ready.”

Many of the concerns echoed by Jones and members of the Alliance mirrored the inescapable conclusions mentioned in the ACT report released in August, which recognized the staggering benchmark scores of college and workforce readiness, especially among students of color. Although for Jones, the state of education becomes far more complex than the obtrusive educational gaps among minorities. Instead, the idea that education among all low-performing students, not just those among certain racial or socio-economic groups, weighs more upon the nation’s attempt to refurbish economic growth.

“This is not about racial gaps; this is about one hundred percent achievement for all students. That’s our imperative,” Jones noted.

Rufina Hernandez, executive director of the Campaign for High School Equity, argued that the steep minority growth among our population demands serious attention to the students of color who are changing the demographic landscape of the nation. While the U.S. population growth is only 1 percent, the rising growth of Hispanic, Asian and Black communities has reiterated the need to invest in the racial groups.

“Where we are not educating those students (minorities), we are losing out on that human potential, so we are concerned that, although the White population growth may not be as large, we’re going to see huge numbers going on with those demographics,” Hernandez remarked.

For U.S. policymakers, the thin line between equity in regards to education and economic growth, which is apparent in Alliance’s report, will become an inextricable relationship in considering an approach toward tackling the nation’s economic crisis.