Downer Remains on Front Line of Fight Against HIV/AIDS 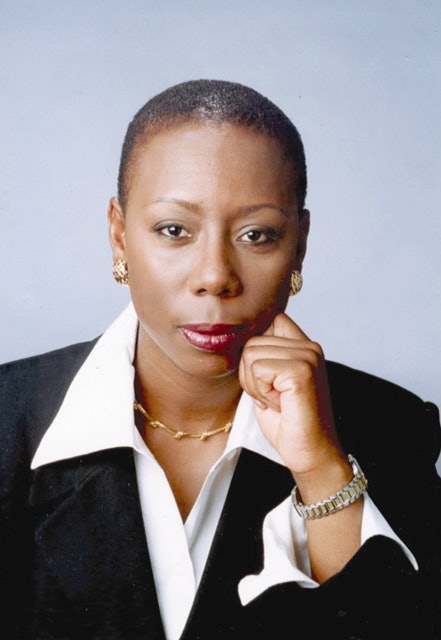 With each word, her lilting voice can serve up the warmth of her native Jamaica. But when the topic is HIV/AIDS and the young people the disease threatens, it almost always grows large and urgent. Goulda Downer, Ph.D., a health scientist, has ferried her share of frantic college students to clinics testing them for the virus that causes AIDS. She has sat with others eagerly awaiting or dreading results that could change their young lives in an instant.

The first time that Downer, a nutritionist, saw AIDS patients it was in 1987, when the disease was new and deadly. She says many of them were wasting away from malnutrition because they couldn’t eat. Since then, Downer’s curiosity about the disease and focus on the role that food and nutrition play in AIDS management has kept her on this path.

But even as she works nationally and globally on HIV/AIDS, Downer stays focused on “my students,” something that means preaching, teaching and sometimes poking them to understand that AIDS is real.

Among young people, new HIV infections are highest among African-American males. The latest Centers for Disease Control (CDC) data released this month on HIV rates in American teenagers and young adults are sobering. Youths age 13 to 24 made up about a quarter of all new HIV infections in the U.S. during 2010, the CDC reported. And more than half of those young people living with HIV don’t even know they’re infected.

In the days prior to last Saturday’s World AIDS Day (the event is observed every year on 1 December), Downer spoke with Diverse about the need for campus commitment to HIV/AIDS training and prevention and what it will take to achieve an AIDS-free generation.

DI: As HIV rates climb among college-age students, is there a body of research that informs about HIV/AIDS and students of color at minority-serving institutions?

GD:  Until we have commitments from all of the university presidents and the leadership (at minority-serving institutions), we won’t be subjects in those studies. There is no way to attack this epidemic in our community and on our campuses unless every president is willing to broach the problem, look at research opportunities, and address issues of treatment and prevention. Their involvement would say that there is a commitment, a dialogue, a promise to the generation that they are serving now and to the next generation to come.

On HBCU campuses, HIV is the ‘burning bush.’ HBCUs can work to stem the tide of HIV infections, by informing and educating their students. Some campuses are doing a good job of that. This is the time that HBCUs need to come together on this health issue; I can’t imagine a greater time. But we have not held the feet of leadership to the fire and say, ‘you take the lead.’ Their silence is not working.

DI: When you take the pulse of college students at the institutions you support, how are they responding to HIV/AIDS messages and the reality of this three-decades-old epidemic?

GD: I think there is a heightened sense of awareness among the students, if nobody else. They are actually taking up the banner and saying we need more education and more support. And those who are HIV positive on campus aren’t hiding anymore. The stigma is still there, but they aren’t hiding. The students are actually coming out and forming partnerships on campus. Peer support is probably the biggest thing on most campuses along with faculty who are supporting them.

DI: The AETC NMC is promoting a campaign that states, “Going to College to Get a Degree Should Not Include HIV.” What practical things can parents and institutions do to ensure that students have a chance to do just that?

GD: How many of us, as adults, can negotiate what we are doing? We can’t. But we expect these unsophisticated children who feel that they are grown because they are living on their own and have all of this freedom, to negotiate sex and relationships. What Howard University and some other institutions are doing now is offering HIV 101 at orientation. We also have classes that teach students how to utilize the health care system on campus because they feel that it’s a place you go to when something is wrong. Otherwise, they don’t want to go there. That’s one reason we provide HIV testing in the dorms where it can be done privately, something that has been very helpful. We realized that the health centers weren’t being used as an access point for getting testing and information about HIV.

What parents need to do before they send their children to campus and what the universities need to do to reinforce this, is to talk about sexuality, how to dress appropriately for work, for school, for parties; and what is acceptable behavior, not just in the classroom but outside of school. And talk to them about what is important to know and do while growing up; things that parents need to discuss and establish with their students throughout their childhood.

DI: The 2012 International AIDS Conference shined a positive spotlight on the future of HIV/AIDS, touting an AIDS-free generation. How does such a focus and expectation impact your work with the institutions and in particular with college students?

GD: We have enough tools and knowledge to support the scientific advances that were espoused at that conference and to dramatically drive down the rate of new HIV infections. We’re actually using proven prevention tools and increasing the number of people receiving treatment.

An AIDS-free generation sounds wonderful. The idea is just brilliant, but I don’t know if it’s possible. This would mean 100 percent all of the time — 100 percent using a condom, 100 percent of every single person who is HIV positive getting into care and staying in care, and so on. That’s what it will take to be free.

But there are things we can do to contribute to a significant reduction in AIDS rates — scaling up treatment for those who are positive, continuing to prevent mother to child transmission, expanding voluntary medical male circumcision. And if we really want to eradicate the disease in our (African-American) community, we have to accept the importance of research and ethnopharmacology, making sure that we are part of the research. It becomes important when you are talking about an AIDS-free generation.

We have made strong gains, we absolutely have, but free is another story. We can always aim for free (AIDS-free generation) and, as we move toward that goal, measure our successes. These become proxy indicators to the free, the end, but, along the way, we can measure our successes and celebrate them.