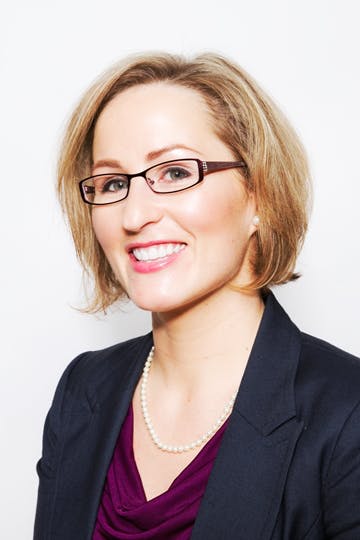 Bridget Burns, chief of staff of the Oregon University System

As higher education institutions are requiring more financial support, business leaders recommend that schools should consider remodeling their operations to emulate the structure of successful commerce. Following a business format, but also partnering with businesses, can position American colleges and universities to receive more fiscal support from policymakers and state legislators.

According to Steve Halverson, CEO of the Haskell Company and chair of the Florida Council 100, business leadership and higher education institutions are considered “natural allies.” Since the interests of business, such as for-profit growth, are closely tied to higher education, partnering with business is necessary to yield higher earnings. However, in order to gain a relationship, higher education must change its platform as a profitable business.

“Businesses are consumers of the products of higher education. [Higher education institutions] produce talent in intellectual capital that is consumed in business and put to productive use in society,” Halverson explained.

In partnering with businesses, schools can adopt the prevalent elements of their operational practices that maintain a healthy flow of funding. According to Halverson, the most critical component that businesses use in trying to increase funding is arguing a case around economic development, one that showcases an organization’s potential to contribute to and produce an effective economy. For education facilities, that argument lies in its ability to produce “intellectual capital.” As a result, financial supporters, including policymakers and state legislators, find the value in higher education as profitable, generating a crafted workforce that enables great monetary growth.

“During and after the recession, never have state legislators and policymakers been more in tune with and receptive to messages about economic development. Once schools start talking about that and job growth, then you’ll have them listening,” Halverson commented.

Amid economic development, colleges also need to address the issue of low-cost growth. The Association of Public Land-Grant Universities (APLU) reported colleges and universities as entities that endured a 6.4 percent growth — compounded annually, for the costs of higher education. Halverson recognized this as “strange credulity” on behalf of post-secondary institutions because the financial model is not one that represents a strong, sustaining business.

“Schools can’t be sustained under this. Not a business on the planet has ever done this and stayed alive,” Halverson said.

As a recommendation, Halverson suggested that colleges and universities arrest some of their costs by forming partnerships with businesses. In creating relationships with business leaders and organizations, schools should inquire about the actual needs of those businesses and start to create marketing plans that allure to such needs.

However, for Bridget Burns, chief of staff for the Oregon University System, the approach to intersecting business and higher education is not effective if it solely relies on building a plea around economic development. That approach is described as one that “misses a large piece of the puzzle.”

Burns noted that the conversation around economic development is “meaningful and valid, but ultimately they leave us [higher education administrators] a bit vulnerable because we don’t control the economy.”

Higher education and its contributions are more than just a potential opportunity to grow the economy, according to Burns. Instead, they are a “public-good,” one that enhances society as opposed to a “private-good,” geared solely toward the interests of the economy.  Ultimately, by marketing higher education as an institution that “produces graduates bringing tremendous value to their community,” business leaders become more viable to partnering, and thus, supporting the financial needs of post secondary education.

Another approach that Burns recommended in selling higher education as beneficial for the community was her idea of “mobilizing alumni networks.” Oftentimes, alumni are understood to be past particles of their postsecondary institutions. So, Burns recommended that schools redefine the role of an alumnus as an “active advocate of their school.” Theoretically, if alumni were to become lobbyists for their alma maters, state legislators and policy makers would be more swayed to view schools as community networks, generating a higher probability of profit and a more convincing reason for financers to invest.

“Alumni are passionate about their institutions for a lot of reasons that schools need to more actively tap into,” Burns commented.

Burns continued, “Every other industry and every other group that is advocating for public support or financial support from legislators are rapidly changing their game and higher education has to adapt.”