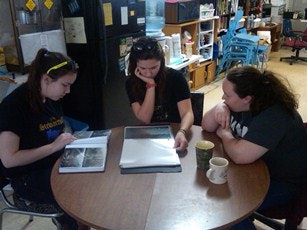 Alternative winter break programs allow students to serve others to get a glimpse of what the holidays are all about.

Though a flagging economy has impacted university budgets and students’ resources, it has not dampened efforts to take alternative breaks during the academic year, said Don Austin, assistant director of community service at Ithaca College, where an alternative breaks program has existed for about a decade. “I think that there has been an increase in interest in these types of programs,” said Austin. “I think you’d find a large and always increasing percentage of institutions in the U.S. at least offer one thing for students to do during … breaks throughout the academic year.”

“A lot of times students will participate in a trip like that, and then they will broaden the conversation of what is the role of the college student in addressing this type of problem in the world,” said Austin, who has worked in the Office of Student Engagement and Multicultural Affairs for three years.

At UK, the Center for Community Outreach at the college organized a trip to Nicaragua for students to volunteer with Outreach360. Students taught basic English language skills in local schools from December 15-December 22. The trip cost a hefty $1,750, which Austin said is one of the biggest detractors for an alternative break program.  Austin noted that the school has attracted a more diverse pool of applicants by subsidizing much of the cost through his office and tuition program fees.

“That’s been a goal of our office: to make these programs more affordable so that a wider and more diverse group can participate,” he said.

At New York University, a few of the options available for students include working at an animal sanctuary in Utah, rebuilding homes in Joplin, Mo., and supporting an LGBTQ organization in Buenos Aires Argentina.

“I think a lot of times these things are in addition to the classroom learning,” said Austin. “What I have found is that students do like to take the opportunity to show their concern,” he added.

An Ithaca College trip to New Orleans a few years ago at led to the forming of a club that now raises awareness on issues that affect residents of the Big Easy and fundraising efforts for organizations there.

Sometimes groups on campus are the impetus for service trips. For example, Ithaca’s Habitat for Humanity club will be taking students to North Carolina and Alabama this winter to build homes. Elaine Gisriel, a student development specialist at Harford Community College in Maryland, noted that these sort of experiences are a chance for students to make new friends and connect on similar interests.

“These trips offer a little more flexibility in terms of logistics, as students are not limited to a nine day-long break” said Austin. When it comes to organizing service holidays, Austin said he works with a variety of organizations—from large nonprofits in Washington, D.C., like DC Central Kitchen to smaller groups like an organization that raises awareness about mountain stripping in Appalachia to government agencies and offices.

“Right now there is a lot of concern over [hydraulic fracturing — a controversial oil and gas drilling technique],” he said, specifying that most of their alternative break offerings are on the East Coast.

Gisriel said her school is also looking to zero in on the eastern United States this year, with a trip in the works for next semester to assist in superstorm Sandy relief with the Group Community Collaborations International.  “CCI is still assessing the situation and has not determined if we will be in NJ or NY, depending on need,” she said. “Originally, we were planning to go to Biloxi, Miss., to do Gulf restoration projects but with the hurricane that hit the East Coast in October, we changed our plans in order to go where our help is needed.”

“While far destinations can be great educational experiences, we felt that more local trips could provide the same type of education through service, and at the same time allow volunteers to understand some of the problems facing their own communities,” she said. “I personally think there’s something to be said for staying stateside. You get to see how vastly different the U.S. can be and experience a new culture here at home.”

This winter, UC, Irvine, students traveled to Manzanar,  an interment camp for Americans of Japanese decent during World War II, from December 15–21. Students compared the living conditions with those of the California Mission system, which housed many American Indians from the 1700s through the 1800s. Another trip at the school will engage students in the Tijuana Estuary.

Whether near or far, Austin said the important thing to keep in mind is how students are “learning to make decisions about acting on injustices around the world.”