Semester-long Exploration of Race Underway at University of Michigan 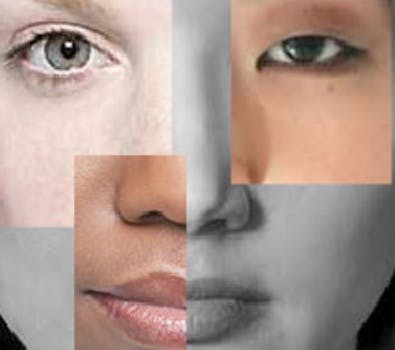 The University of Michigan has launched its year-long “Understanding Race Project.”

Already accustomed to the national spotlight over affirmative action and diversity, the University of Michigan is tackling the issue of race in a new project.

From this month through April, the Ann Arbor-based flagship university is undertaking a campus-wide initiative known as the Understanding Race Project that will showcase a wide-ranging selection of public exhibitions, lectures, performances, symposia and other events exploring the role of race in American society. In addition, more than 130 university courses are being offered in a number of disciplines that examine race and its social impact.

The project, which is also called the Understanding Race Theme Semester, is presented by the university’s College of Literature, Science and the Arts, which has organized university-wide theme semesters in the past.

“To be honest, it’s always time to talk about race,” says Amy Harris, a co-chair of the project and director of the University of Michigan Museum of Natural History. “The Understanding Race Project is as broad and varied as the cultural and ethnic groups that constitute and sometimes divide the human family here and around the globe.”

In promoting the project, campus officials have emphasized the university’s diversity advocacy, which includes its well-known defense of race-conscious affirmative action in admissions before the U.S. Supreme Court in 2003. The university has also won national attention for its diversity initiatives, such as the Michigan Mandate diversity campaign undertaken in the late 1980s and 1990s. “Understanding Race [Project] is important to our community because it’s one of the lived manifestations of our ongoing commitment to diversity here at the University of Michigan,” project co-chair and associate history professor Martha S. Jones said in a recent video.

“[The project] allows us to continue a sustained conversation about race, inequality and social justice, and to talk with one another about where we’re headed in the future,” she said.

A cornerstone highlight of the semester is the “Race: Are We So Different?” exhibition developed by the American Anthropological Association and the Science Museum of Minnesota to be held at the University of Michigan Museum of Natural History from February 27 through May 27. Another highlight is “IndiVisible: African-Native American Lives in the Americas,” a Smithsonian Institution Traveling Exhibit, featured at the university’s Duderstadt Center Gallery from January 9 to January 31.

Harris says that the “Race: Are We So Different?” exhibition provided the original inspiration for the idea of developing the Understanding Race Project. The traveling exhibit dates back to 2007, when it debuted at the Science Museum of Minnesota and its popularity spurred Michigan officials to consider a public request that the university host the exhibition. After the university museum was able to book the exhibition, Harris said it became the focal point around which school officials could develop a much larger campus initiative.

“We knew that we would have an opportunity to create all kinds of campus-based activities around the exhibit when it was here,” Harris says. “So that means new courses and [theme] connections to existing courses; there are performances, there are other exhibits; there are lectures, discussions [and] facilitated conversations.”

Harris notes that Understanding Race Project activities and exhibits, which are targeting K-12 students in Michigan, southeastern Michigan residents, and the University of Michigan community, have enlarged the scope of what past themed semesters have attempted at the flagship campus. “What’s different this time is the magnitude of the K-12 and community engagement. That is unprecedented for a theme semester. Usually, it’s pretty campus-focused with a little community involvement, but this time we’ve been going all out,” she says.