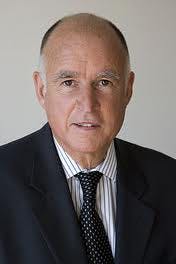 California Gov. Jerry Brown has been an advocate of massive online open courses.

SAN FRANCISCO — University of California leaders on Wednesday called for an expansion of online courses to help the 10-campus system contain costs, broaden access and hold down tuition rates.

“It’s no secret that UC has hit a wall with regard to traditional instructional methods,” Yudof said at the UC Board of Regents meeting. “The finances simply no longer exist to support the old model of instruction in many ways.”

The board meeting in San Francisco was attended by Gov. Jerry Brown,  Gov. Jerry Brown,  -Search using:News, Most Recent 60 DaysBiographies Plus Newswho has been pressing California colleges to embrace online education to make college more accessible and affordable.

In his 2013-14 budget, Brown has proposed giving California’s public colleges and universities more money, thanks to the November passage of Proposition 30 tax initiative. But in return, he wants them to control expenses, stop raising tuition and move more classes online.

“There’s a brute reality out there,” Brown told the regents. “There’s not a luxury of sitting in the present trajectory unless you don’t mind paying ever increasing tuition.”

Brown’s budget plan would increase state funding for UC by $250 million less than what the university had requested, but a welcome change from several years of deep budget cuts.

At the meeting, Yudof thanked Brown for the proposed budget increase and said he believed UC could meet the governor’s challenge. He suggested that campuses may have to maintain higher student-faculty ratios in the future.

At Brown’s request, the university board invited to the meeting the founders of Coursera, edX and Udacity, which provide so-called massive online open courses, or MOOCs, that are attracting legions of students and reshaping the landscape of higher education.

School administrators said the UC system currently offers about 250 for-credit online courses at the undergraduate and graduate level, but the vast majority of them are for specific degree programs. The UC Online Education program, launched in January, offers 14 courses approved for credit at all UC campuses, and about 20 more are in the works.

Yudof proposed allowing non-UC students who take enough credit-bearing UC courses to transfer to a UC campus, which would allow the system to admit more students. He also suggested that campuses could encourage UC students to take multiple online courses during their first two years of college.

While most regents voiced their support for expanding online learning, student Regent Jonathan Stein voiced skepticism: “Online education that is used to entirely substitute our current education is not something we would embrace.”

The Democratic governor was at San Jose State University on Tuesday when campus officials announced partnership with Udacity to offer low-cost, entry-level classes for credit for students inside and outside the California State University system.

“This is very exciting stuff,” Brown told reporters Wednesday. “I’m going to do whatever I can to wisely introduce technology, working with the faculty and learning as we go.”