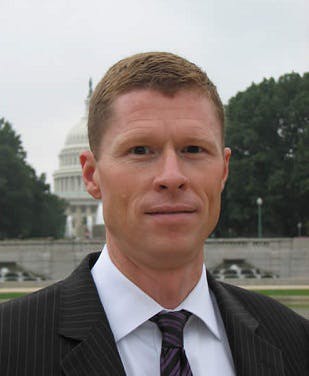 With higher education institutions having their online programs subject to an array of individual state requirements, ensuring regulatory compliance has proven challenging for those schools operating in multiple states. In recent years, however, state government officials, higher education administrators and online education advocates have grown increasingly cognizant of the impact state policies are having on the growth of online education.

In a just-released policy brief that outlines some of the challenges states confront in regulating online education, a national association representing U.S. governors has advised that state chief executives “consider calling for a review of current state laws and regulations surrounding authorization of online programs” of their respective state.

The Washington-based National Governors Association (NGA), in Regulating Online Postsecondary Education: State Issues and Options, released late last week, urges that as “states consider a number of options for changing their authorization policies and practices for online postsecondary programs, governors should consider requesting a review of existing laws and regulations in this area.”

“The review would be designed to identify opportunities for simplifying and streamlining the process and to explore the possibility of joining an interstate reciprocity agreement for authorization,” the policy brief states. In addition, reviews should focus on clarifying the purpose of state regulation, state requirements for authorizing courses and programs and state capacity for and costs of regulating programs.

Travis Reindl, the education division program director in the NGA Center for Best Practices, says that with the research and advocacy being undertaken by groups such as the State Higher Education Executive Officers and the Association of Public and Land-grant Universities, on online education regulation, governors “have a unique vantage point in trying to streamline regulations and identify opportunities for [state] agencies to work together to get the job of regulating done as efficiently as possible.”

“This brief was really intended to help governors and their staffs think about the policies and the organizations that they have in place now to regulate online education and to think about what changes might need to be made in a world where we see even more of our students take online courses and programs, and do it in a way that protects the consumer,” he says.

Efforts by policy organizations and state governments to work on online education regulation have gained momentum after the U.S. Department of Education in 2010 issued regulations specifying that institutions secure authorization from all states in which they enroll students. This requirement has sparked controversy among and invited criticism from higher education institutions and states.

“I really welcome the NGA report. They have been tracking our work very closely. Their document outlines the issues very well,” says Paul Lingenfelter, president of the State Higher Education Executive Officers (SHEEO). “And I think we’re on the verge of doing something really important here, and the leadership of governors will be quite helpful. I think it’s absolutely necessary.”

Last year, SHEEO and the Association of Public and Land-grant Universities formed a national commission to explore the regulation of postsecondary distance education. Former U. S. Secretary of Education Richard W. Riley chairs the group, which is known as the Commission on Regulation of Postsecondary Distance Education.

“We hope to complete our work in the next couple of months to issue our final report and to begin working with the regional higher education compacts and the states to begin the implementation of an interstate reciprocity agreement that will greatly simplify and improve the effectiveness of the regulation of postsecondary online education,” Lingenfelter explains.

Russell Poulin, the deputy director for research and analysis for the WICHE (Western Interstate Commission for Higher Education) Cooperative for Educational Technologies, praised the NGA policy brief for “bringing together a lot of facts about a difficult issue all in one document.” The brief, however, should have more strongly emphasized the reciprocity agreement work as a priority for the governors, he notes.

“I would rather that they encourage the governors to look at how the states can work together to address this issue rather than each state individually and perpetuate the problem by creating laws that are singular to [each] state, and then making it more difficult in terms of institutions working in multiple states,” Poulin says.