Private Student Loans a Nightmare for Some Co-Signing Parents 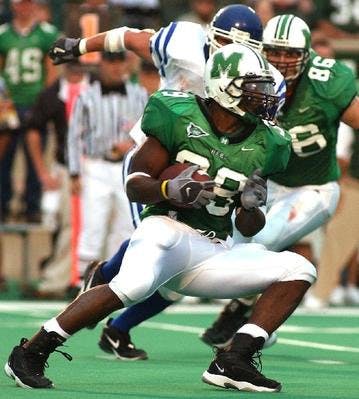 Donte Newsome was murdered in 2008, and his parents have been struggling since to pay off $30,000 in student loans.

Many students turn to private student loans after exhausting the federal aid options they have available to attend college. Because of bad credit or no credit, private student loans usually require a co-signer as an eligibility requirement for lower interest rates and sometimes to even be considered for the loans.

Roughly $864 billion is outstanding in federal student loan debt, while the remaining $150 billion is in private student loans, the Consumer Finance Protection Bureau estimated in its July 2012 report.

The origination volume for academic year 2011-2012 was $8.1 billion, which was flat compared to the prior year, but down 67.7 percent from the 2007-2008 academic year, despite the significant rise in enrollment levels and college costs over that time period, according to a Jan 31 report from Fitch Ratings.

The report, titled “Student Loan Industry: A Review Session,” says that the decline in private loans was not only because of the economy, but also due to weaker underwriting practices, a decline in the co-sign rate, a reduction in school certifications, which ensures that loan funds were actually used for tuition expenditures, and the inability to discharge private loans in bankruptcy.

Similarly, private loans with co-signers do not have to be forgiven in cases of disability or death of the student.

Angela Smith and Ella Edwards had to fight this battle as co-signers after they lost their sons. Smith’s son, Donte Newsome, was murdered outside a nightclub on July 5, 2008 in his college town of Huntington, W.Va. In 2009, Ella Edwards lost her son, Jermaine Edwards, when he died of natural causes as he slept.

Listen to audio of interview with Angela Smith

Listen to audio of interview with Ella Edwards

Newsome took out $30,000, and Edwards’ son had taken out $10,000 in a private loans under First Marble Head Corporation, which is serviced by American Education Services. Both families tried to get the loans forgiven, but their appeals were rejected. As the next step, the mothers started petitions on Change.org to ask the loan providers to forgive their loans. Change.org is a website that hosts petitions for free and sends a new email to executives as each signature is submitted.

“When my son took out this loan, no one explained anything to him or me,” Edwards said. “I wouldn’t have dreamt that I would need to pay this loan back for a deceased child.”

Edwards’ son, an only child, attended Full Sail Performing Arts School in Florida for an associate degree to pursue his dream of becoming a musician.

After his death, “First Marblehead Corporation and American Education Services (AES) turned my son’s dream into a nightmare for me and the 2-year-old son he left behind,” she wrote in her petition, which has received over 205,273 signatures.

After her son’s death, Edwards, who is dealing with depression, took an early retirement from her job, losing her retirement benefits. At 61, Edwards works as a seamstress after she had to switch several jobs as her depression affected her ability to work.

“So I work to keep the phone calls away, and I don’t want to work anymore; it hurts,” Edwards stated. Her problem was addressed when she went to talk about the loan on the Tom Joyner Morning Show, a syndicated urban morning show, which airs in more than 105 markets, reaching nearly 8 million listeners. Tom Joyner, who has raised more than $60 million to help keep students in historically Black colleges and universities with the Tom Joyner Foundation, told her that he would pay off the current loan, totaling $10,800 dollars.

“When my only child wanted to be something, I signed the paper without reading all this stuff,” Edwards said. “I wouldn’t have dreamt that people would be so rude and call a mother when she can’t hold on.”

“It doesn’t take much to push you over the edge,” she added. “I advise everybody to be very careful signing those loans, because you don’t know when your child will die, and be very careful about what you sign.”

Edwards also reached out to Smith when Smith signed her Change.org petition.

“[Edwards] told me that she will stick with me through it,” said Smith, who spoke to Edwards after they exchanged a few messages through Change.org.

“When my son, Donte Newsome, was murdered on July 5, 2008, it felt like everything I had was taken away from me,” Smith wrote in her petition, which had 144,379 signatures as of Feb 5. Then a company called First Marblehead Corporation showed me how wrong I was.”

Smith said that they weren’t familiar with the student loan process because for the first four years, Newsome was on scholarship. When he ended up being a fifth-year student after changing his major, he took out a small Sallie Mae Federal Loan and a private Astrive Student Undergraduate loan through American Education Services.

“When these people explained the student loans, they made it sound like the best thing since cornbread,” Smith said. “At no time did they say if this person is injured, disabled or in our son’s case, passes away, you will be responsible for this loan.”

According to Smith, the loans, which had been with the lenders Union Federal Savings Bank for $20,000, and Charter One Bank for $5,000, were immediately transferred to National Collegiate Trust, which was serviced by American Education Services.

“So you know your loan is all over the place and you don’t know who it’s going to end up with,” Smith said. “A parent should know this — it’s almost as though we were baited and switched.”

Smith and her husband wrote a letter asking for loan forgiveness, but their request was denied, stating that they were “regrettably not in the position to write off your loan.”

“We signed paperwork, and I am looking at it now, and there is nothing on this — sometimes there is no fine print,” she added. “I’d like to see where we signed that says if this happens, you are liable.”

She also said that they were subjected to horrible customer service. Though they made an effort to call every time the payment was late, if there was a problem, they would have to repeat the entire situation and were asked to resubmit a death certificate.

“They lied to us and told us we were paying on both loans when they took money and put it only on one loan,” she said.

“One instance, my husband was so frustrated, he was just fed up,” she recalled. “He said, ‘What do you want from me? If I died, my God, would that satisfy you?’ And the guy said, ‘No, we would go after your wife.’”

Both American Education Services and First Marble Head Corporation said that they could not comment on these specific loans due to privacy laws and that they were unable to offer forgiveness on these loans.

“We are a servicer; we are not the lender, not the owner, not the loan,” said Keith New, spokesman for AES. “We service private student loans for lenders throughout the country; in that, we don’t have the authority to discharge anything on those types of loans, because we don’t own those loans.”

“It’s simply not our asset,” he added

Gary Santo, the First Marble Head spokesperson, stated that typically with their loans, there are a series of disclosures provided that the co-signer is expected to see and also sign on the loan itself.

“Again, it doesn’t add every specific scenario that could cause that to occur, so I can certainly understand why people are saying that they are not seeing that,” Santo said. “I can’t imagine any disclosure that could cover any possible thing that could happen.”

In efforts to make private loans similar to federal loans, legislation is being considered. On Jan. 23, Senators Durbin, Harkin and Franken reintroduced the Know Before You Owe Act of 2013 to Congress, legislation that would require schools to counsel students about untapped federal student aid eligibility before they sign up for private student loan debt. The legislation would also require schools to confirm the student’s enrollment status, cost of attendance and estimated federal financial aid assistance before the private student loan is approved, the Fitch report explained.

Although Edwards got the help she was hoping for, the Smith family recently received a letter stating that they still owe $29,000.

“Where does it stop?” Smith asked. “He will be retiring in a few years, and if this debt isn’t paid, then we are stuck with it.”