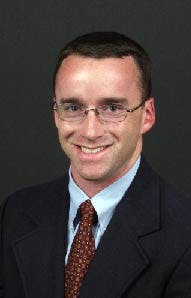 According to that report, when it comes to the production of postsecondary degrees and certificates, America’s system of higher education lags behind the rest of the world.

Savings from the elimination of tax credits could be used to provide “venture capital” for innovative practices at the campus level. Doyle said FAFSA should be eliminated and students deemed eligible through the tax system, which would translate into increased access for students who understand their financial aid options and more young people pursuing advanced degrees as the threat of loan default becomes less of a burden and more students, in turn, repay their federal loans.

Students seeking to earn college degrees are faced with staggering increases of tuition and other costs each year; lower amounts of Pell Grants are available to the needy; and low-income students have a higher burden as they struggle to pay for a university degree. “We cannot assume that ever‐greater amounts of public support will solve our access problems. We do need to think about how to use our dollars more effectively. We want to thank Will Doyle for helping CED explore this pressing issue,” said Carl Camden, CED co‐chair and President and Chief Executive Officer of Kelly Services Inc.

Doyle, assistant professor of Higher Education at the Department of Leadership, Policy and Organizations in Vanderbilt’s Peabody College of Vanderbilt University, argues that federal officials, educators and others must make a critical assessment of the various elements of the nation’s state and federal financial aid environment and change the way that the system currently works.

He offers several prescriptions he believes will revamp the beleaguered system. His proposal is fleshed out in his policy paper, “A New Partnership: The Road to Reshaping Federal & State Financial Aid.”

Doyle reiterates that the purpose of federal financial aid is to ensure that individuals who can benefit from college and would not otherwise attend are able to enroll.

• Efforts to reform financial aid must limit the unsustainable increase in college prices.

• Financial aid at all levels—institutional, state and federal—should be focused on those students who would not go to college without additional funding. This is the most efficient use of scarce resources.

• The federal financial system should ensure access to higher education, not reward academic success nor attempt to steer students into certain sectors of the labor market.

• Simplification of the process for application for aid and the process of repaying loans should be encouraged for the purposes of increased access and more efficient use of resources.

Doyle painted a dire picture of the financial and related pressures squeezing students. College prices have spiraled out of control in the last decade because, “in large part, state appropriations have gone down and institutional leaders have turned to students and families to cover the overall cost of providing a higher education, with state leaders allowing this to happen.”

Overall costs at both private and public colleges have increased steadily over the last 30 years, which has also contributed to increases in prices. There is an ongoing debate as to whether increases in college costs (and therefore college prices) are inevitable, and not susceptible to attempts to become more efficient, Doyle added.

The most important fact for the purposes of redesigning the federal financial aid system is that federal aid cannot keep up with the current price spiral, he explained. And prices must be brought under control in order to keep college affordable for students and their families.

He said the federal government provided $35.2 billion in grant funding in 2011-12, of which the Pell Grant program accounted for $34.5 billion. Between 2000 and 2011, state student financial aid awarded on the basis of need has increased by 45 percent on a per-student, inflation-adjusted basis, while state student financial aid awarded on a non-need basis rose by 350 percent. This understates the situation somewhat, since virtually all of the new money that has been spent on financial aid at the state level has been spent on non-need-based aid.

Evaluations of state need-based programs suffer from many of the same difficulties as efforts to evaluate the Pell Grant program, but the same evidence holds. Doyle said increased grant funding results in higher enrollments, with low-income students showing the most responsiveness to financial aid.

The system should also be based on principles of known effectiveness, not speculation or possibility. Interventions that are known to be effective, as established by experimental or quasi-experimental design, include:

• Lowering the price of higher education through grant funding.

• Providing such grant funding on the basis of need.

• Simplifying the system so that it is straightforward to apply for aid.

Doyle proposes creating a joint federal-state need-based grant aid program and consolidation of the Pell Grant and other campus-based programs into a single program focused exclusively on portable aid for low-income students. This aid would be provided as a lump sum each year to states, with provisions requiring that: the aid be awarded to students on the basis of need; the aid be portable across institutional and state lines; states “match” the federal investment with one dollar of state aid for every four dollars of federal aid; and the state’s public institutions do not raise tuition more than the rate of increase in median family income in the state.

He also suggests the elimination of federal tax credits because the current tax credit program is aimed at many of the wrong people and is both backward looking and mostly non-refundable. The system should be eliminated, with the savings used to fund other initiatives. This change would provide an additional $18.2 billion to be used for other programs.

Further, Doyle advocates a “Race to the Top” program for state-based financial aid programs; campus-based incentive programs that encourage competition for enrolling the most low-income students; determination of grant aid eligibility through the current tax system; and making income-based repayment the default option for students who use the federal loan program.

He argues that one of the key principles for redesigning the system is that any financial aid program must slow down increases in college prices. He says one crucial requirement should be that states first meet federal matching requirements in order to receive federal financial aid.