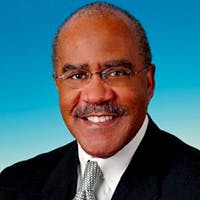 On the same day that several top Republican lawmakers trekked to a Virginia community college to tout the proposed SKILLS Act as the solution to a “broken” federal workforce development system, a pair of national higher education leaders informed Congress that the bill has several downsides for community colleges.

Bumphus and Brown sent the letter Thursday to the U.S. House of Representatives in response to House Resolution 803, the proposed Supporting Knowledge and Investing in Lifelong Skills Act, or SKILLS Act for short.

“As leading providers of occupational training, adult basic education, postsecondary education and other key services for (Workforce Investment Act) participants, we believe that community college WIB representation is vital to the system’s success and should be required in statute,” the letter states. “We appreciate the notion of streamlining the boards’ memberships; however under the terms of (the SKILLS Act) it is possible to have boards with no representation from community colleges.”

The letter also criticizes the bill for deemphasizing the needs of the poor.

“We are concerned that assistance currently targeted to those with the most economic need and other unique characteristics will be diminished under the structure set out in H.R. 803, especially given the legislation’s removal of overall priority for low-income individuals,” the letter states.

Brian Newell, spokesman for the Education and Workforce Committee, emphasized the positives in the letter but didn’t offer any hints that the committee would seek to modify the SKILLS Act.

“Republicans are pleased to see community colleges offering their support for reforms included in the SKILLS Act,” Newell said. “As with any comprehensive bill, there is going to be debate over the details.”

“Additionally, the legislation ensures the nation’s most vulnerable workers continue to receive the support they need,” Newell said. “The SKILLS Act will strengthen the role of community colleges in the workforce training system and help put Americans back to work.”

Meanwhile, during a press conference staged Thursday at the Alexandria, Va., campus of the Northern Virginia Community College, several key Republican leaders touted the SKILLS Act as a way to give a much-needed overhaul of the federal workforce development system and enable community colleges to play a more vital role in providing training job seekers.

“We have a broken system,” U.S. Rep. John Kline (R-Minn.), chairman of the Education and Workforce Committee within the U.S. House of Representatives, said during the press conference.

Under the current workforce development system, Kline said, job seekers “enter a maze and they get lost, and only 14 percent end up with skills to get a job.”

To underscore his point, Kline repeatedly pointed to a chart that shows multiple and sometimes duplicative programs in the current workforce development system, and another chart that shows how the programs would be streamlined under the SKILLS Act.

Kline also said that, through the SKILLS Act, community colleges would be able to design programs that meet the needs of job seekers and be “freed up” to offer group classes through contracts with local workforce boards under certain circumstances in which they currently cannot.

Templin said the lawmakers were there to “respond to a challenge that may not yet be self-evident.”

“Both our region and our nation are on the cusp of a serious, trained workforce shortage,” Templin said, outlining how, in the coming years, “the most highly educated generation in history” will retire, only to be succeeded by a vastly less skilled workforce that is unable to fill all the job vacancies that will exist.

“Most of these will require some post-secondary education and almost one-half will be in scientific and technology fields,” Templin said of future job vacancies. “Recognizing this shortfall, national leaders and community colleges must collaboratively focus on ‘growing our own’ skilled workers, particularly in the fields of science, technology, engineering and math, if we wish to preserve America’s long-term position as an economic powerhouse.”

Templin noted how a coalition of state and individual community college systems known as Rebuilding Americas Middle Class, or RAMC, “strongly believes that an integral part of solving this workforce challenge must include the streamlining and improvement of the Federal workforce training legislation.”

RAMC has expressed support for some aspects of the SKILLS Act in a formal letter that was much more subtle than Bumphus’ and Brown’s letter in its call to fine-tune the bill.

In their letter to the U.S. House, Bumphus and Brown also expressed support from some aspects of the SKILLS Act.

“We are supportive of the provisions in H.R. 803 that allow for training contracts with institutions of higher education, as this has been a long-time priority for our institutions,” the letter states. “This would give community colleges the opportunity to facilitate the training of multiple individuals for in-demand sectors or occupations, and expand training capacity to meet increased needs.”