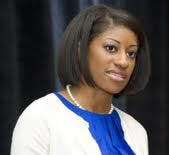 When she served as senior policy adviser at the U.S. Department of Education and later at the White House during President Barack Obama’s first term, Zakiya Smith had a hand in some of the administration’s boldest and most innovative higher education proposals.

Each one faced its series of hurdles, and some—such as the College Scorecard and the gainful employment regulations—did not quite hit the mark the way the administration had hoped.

Nevertheless, Smith still counts the administration’s efforts as victories in its push to make higher education more accountable and transparent for students and their families.

“I’m probably more optimistic about the success of both of those things because people said this is something that could never happen,” Smith says in reference to the gainful employment regulations and the College Scorecard. “And a year prior, people never imagined it could happen.”

Smith brings the same forward-looking approach to her new position as strategy director for student financial support at the Lumina Foundation, an Indianapolis-based nonprofit that has been one of the most prominent players in the nation’s college completion agenda.

Smith, 28, will remain in Washington, D.C., in her new position.

“My role at Lumina is to lead the work to help cultivate good ideas for new models of student financial supports in higher education,” Smith says. “That task involves getting lots of input from people and requires working with partners throughout the policy and academic worlds.

“Given that it’s a new role, I’m sure that how my time is structured will change as I go along.”

Smith’s former colleagues say Lumina is fortunate to have her on board.

“She makes an excellent addition to the pool of talent being assembled at the Lumina Foundation by [Lumina Foundation President and CEO] Jamie Merisotis,” says Eduardo M. Ochoa, interim president at California State University, Monterey Bay, who served as assistant secretary for postsecondary education during Obama’s first term.

Ochoa says he interacted with Smith on issues dealing with student support programs, such as TRIO, while Smith worked in the U.S. Department of Education’s Office of Planning, Evaluation and Policy Development. Ochoa says Smith impressed him as “an extremely bright and knowledgeable person, deeply committed to student access, equity and success, as well as open and collegial in her working style.”

“She is committed to improving outcomes, especially for underrepresented populations, and she knows how to help inform and guide policy,” says Shireman, founder of the Oakland-based The Institute for College Access and Success and director for California Competes: Higher Education for a Strong Economy.

While Smith was at the U.S. Department of Education, she worked with Shireman as he spearheaded efforts to reform student lending from bank-based to federal direct-loans—a move that enabled the administration to shift $40 billion to Pell Grants—and to simplify the financial aid process.

“Lumina is focused on meeting the college completion goal,” Shireman says, “and Zakiya has the skills to get them there.”

Merisotis, the Lumina president and CEO, says he selected Smith for reasons that transcend her experience within the Obama administration.

“What we wanted from Zakiya was not that she was coming from the White House,” Merisotis says. “It was really about the talent she was bringing to lead the work that we need to have done.”

Smith is modest when she speaks about her tenure at the Department of Education. She gives the credit for the administration’s higher education policy achievements to Obama and U.S. Secretary of Education Arne Duncan and, ultimately, the dozens of political appointees and numerous career staff whom she says worked together toward a “common vision.”

“I would be loath to characterize any of the policy achievements of which I am proud as ‘my own,’” Smith says. “Ultimately, the fact that I had the opportunity to serve the president in this capacity at all is the overarching professional achievement of this period of my career.”

When Smith first became senior policy adviser for education for the White House Domestic Policy Council, her predecessor disabused her of any notions that she would be sitting around a table and meeting with the president on a regular basis.

“When I first started, the woman who had the job before me said, ‘You’ll probably never see the president,’” Smith recalls.

But as Obama focused more attention on higher education—particularly issues of college costs—Smith ultimately got to meet him on two or three occasions. Once was to brief the president on the final stages of the gainful employment regulations. Another was during a December 2011 meeting with college presidents regarding the cost of college. Merisotis was present, as well, at the latter meeting.

Even though her White House experience didn’t entail regular roundtables with the president, Smith played a role in the development of some of the administration’s key policy initiatives. They include:

• Gainful employment regulations: Although these regulations sought to withhold federal financial aid from colleges and universities that didn’t meet certain thresholds with respect to employment for their graduates and student loan default rates, a court struck most of them down after finding that one of the metrics—a minimal debt repayment rate of 35 percent—“was not based on any facts.” The metrics would have largely ensnared the for-profit college sector. Smith says the fact that the court found that the other metrics on income-to-debt ratios were valid shows that the administration can hold colleges accountable for outcomes for their graduates, even though the court struck down all of the metrics because they were “intertwined.” “Just the idea that gainful employment would begin to be in place before it was implemented in full, you started to see behavior changes in colleges moving away from abusive, aggressive marketing tactics,” Smith says.

• The College Scorecard: This online tool—released one day after the president’s State of the Union address—provides students with information about a college’s real costs, graduation rates, student debt statistics and earning potential of graduates. However, an early draft of the scorecard was recently described in a Center for American Progress report as “confusing” to students. Similar criticisms have been levied against the final draft.

• FASFA simplification: The time taken to complete this onerous form has been greatly reduced thanks to “skip logic” that eliminates redundant questions. Smith first dealt with the issue as a graduate student at Harvard University under Professor Bridget Terry Long. “I literally wrote a paper on this and we discussed it in grad school,” Smith recalls. “Two years later, I’m working on it in real life.”

Smith graduated with an Ed.M. in education policy and management from the Harvard University Graduate School of Education in 2007.

She earned a bachelor’s degree in political science from Vanderbilt University in 2006.

Though Smith will concentrate on student aid issues, as an undergraduate, she never had to take out a loan thanks to a full-ride scholarship she earned to Vanderbilt.

Despite the scholarship, Smith recalls considering other schools for “silly reasons,” such as their rankings in U.S. News & World Report and whether the school had a prominent football and basketball team, even though such a school could have cost a lot more to attend.

She says her father—an anthropology instructor at Georgia Perimeter College—and her mother—a medical bacteriologist at an HIV/AIDS clinic in the Fulton County Health Department in Atlanta—told her that, if she passed up the full-ride scholarship, they weren’t about to take out any loans on her behalf.

Looking back, Smith is much more critical of the limitations of the U.S. News & World Report college rankings as a consumer tool.